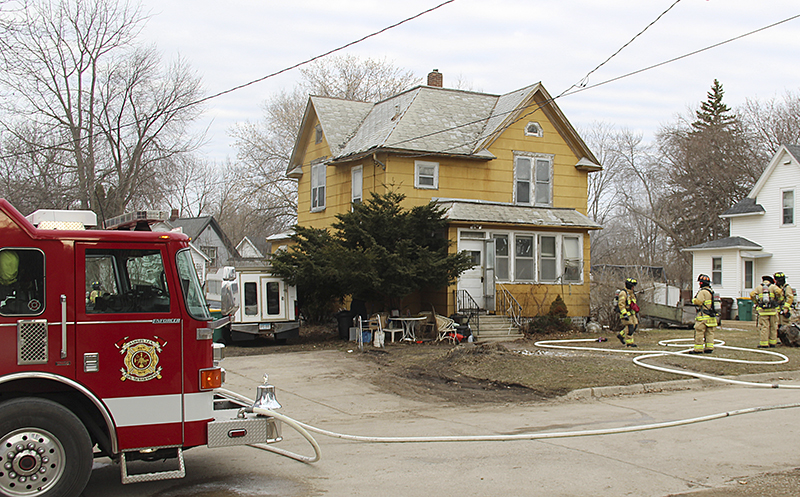 No one was injured Friday morning after a reported gas explosion in the basement of an Albert Lea home.

The house, at 709 Harding Ave., received slight fire damage, along with broken windows and a damaged clothes dryer. According to an Albert Lea Fire Department press release, the total damage estimate had not yet been determined because a full inspection of the structural stability of the home had not been completed.

Albert Lea firefighters and police officers were dispatched to the home at 8 a.m. for smoke coming from the house.

When firefighters arrived at the address, they found light smoke coming from the eaves and basement, and the homeowner and a guest were leaving the home.

The two people reportedly told firefighters they had heard an explosion in the basement.

Firefighters found a broken gas pipe near the gas dryer, and the gas line coming into the home was shut down.

Firefighters extinguished the fire that had started to burn in the home.

The cause of the fire is undetermined.

The primary taxpayer of the home is listed as Tara Denise Keterling et al, according to Freeborn County property records.