Grocer finds himself back where he started 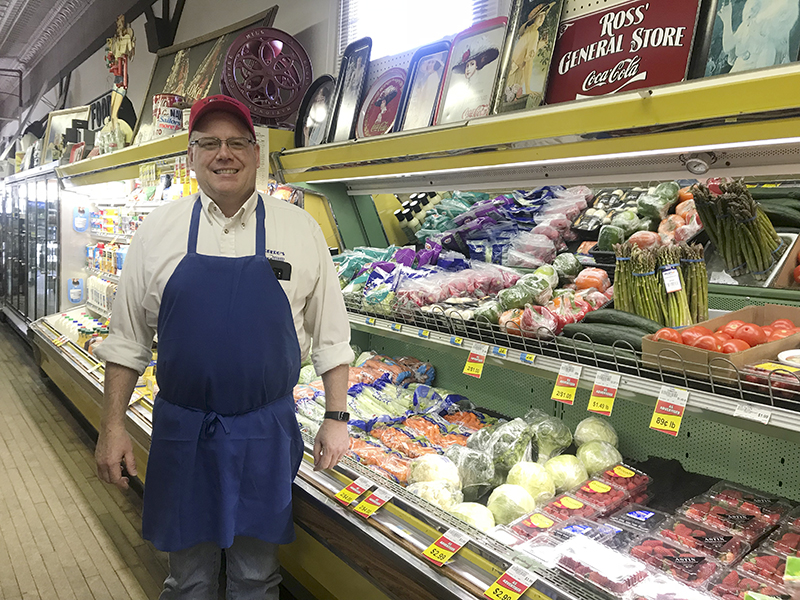 ELLENDALE — Sometimes people leave home to find where they belong, only to end up back where they began. So is the case with Ross Sletten, owner of Lerberg’s Foods in Ellendale.

Sletten was only 14 when his father came home and told him family friend Andy Lerberg had a job for Sletten at his grocery store if he wanted it.

After graduating from Ellendale-Geneva High School in 1981, Sletten went to college in Mankato, where he got a degree in sales marketing and management. He worked in Mankato and Waseca prior to working as a shift manager at Nelson’s County Market in Owatonna. By the time he left, the store had changed its name to Pat’s County Market and he had worked his way up to the position of assistant manager.

Believing that his daughters would not be interested in running the grocery store, Sletten offered to buy the business whenever Lerberg was ready to sell. The time came in May 2007. 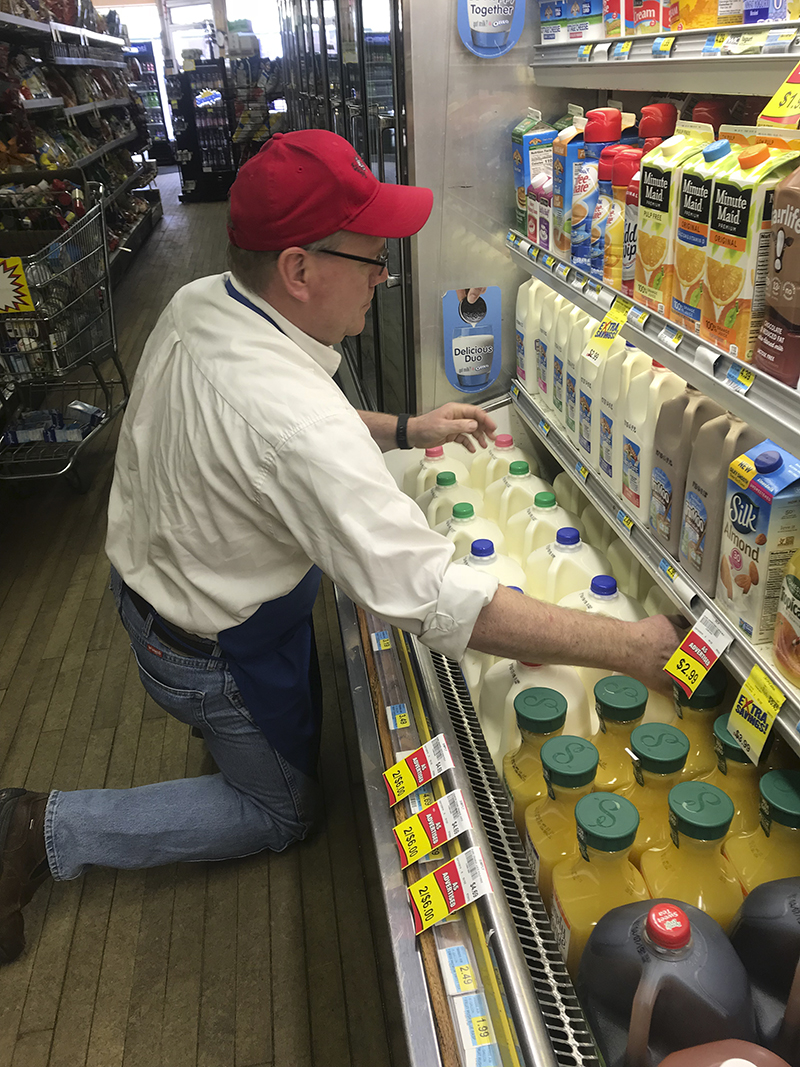 Ross Sletten works to restock the refrigerated aisle at Lerberg’s Foods in Ellendale. He has owned the business since 2007. – Kelly Wassenberg/Albert Lea Tribune

Lerberg still plays a role in the store, which was part of the family for three generations.

Sletten said Lerberg comes in every Tuesday to help unload the delivery truck.

“He enjoys coming up here and seeing the people and helping out where he can,” Sletten said of Lerberg.

Lerberg’s grandfather built the original store in 1901, which was actually the first business on Ellendale’s main street. In 1914, the store was rebuilt on the same corner lot, and many characteristics of the store’s earlier days remain. The store still has its original wood floors and a stuffed moose head on the wall that was shot by Lerberg’s grandfather in 1919.

Throughout the years, when members of the Lerberg family served their country, family members stepped in to make sure the store would remain open.

Sletten himself stepped up after recent snow storms closed the nearby interstate.

He said about 40 stranded travelers found themselves stuck in Ellendale last month due to the snowstorm, some of whom had to be shuttled in after deserting their vehicles. Vibrant Life Church opened its doors to ensure the travelers had shelter, and Sletten promised to make sure they had the food and supplies they needed. Though the store closes at 1 p.m. Sundays, he let his staff go home and manned the store himself until 6 p.m.

To Sletten, it was an opportunity to do what he likes most.

“I like the interaction with the customers, and being able to take care of them,” he said.

After all this time, Sletten’s relationship with his first boss remains something special.

“A lot of people — even to this day — think Andy is my dad,” Sletten said. “Now, as I grow older, even a few people think I might be his brother, so Andy likes that because he says it makes him feel younger.”