A gathering of family and friends of Thomas M. Brewster of Albert Lea will be from 4 to 6 p.m. Thursday at Bonnerup Funeral Service in Albert Lea. A private interment will take place at Hillcrest Cemetery. 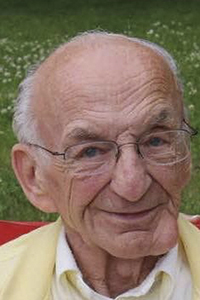 Thomas Brewster died Sunday, March 24, 2019, at The Woodlands at St. John’s Lutheran Community in Albert Lea. He was 89.

Thomas was born Dec. 6, 1929, in Slayton, the son of Maurice and Dorothea (Miller) Brewster. He was a graduate of Windom High School and served his country in the U.S. Navy.  On Oct. 27, 1951, he was united in marriage to Virginia Behr in Fulda.

Thomas lived in Albert Lea for over 60 years and had been employed with the Minnesota State Highway Department as an engineer. He was a member of Veterans of Foreign Wars and Moose Club in Albert Lea. Thomas enjoyed hunting, fishing, playing cards, bowling, snowmobiling and keeping up on current events.

Thomas was preceded in death by his parents and wife, Virginia, in 2013.