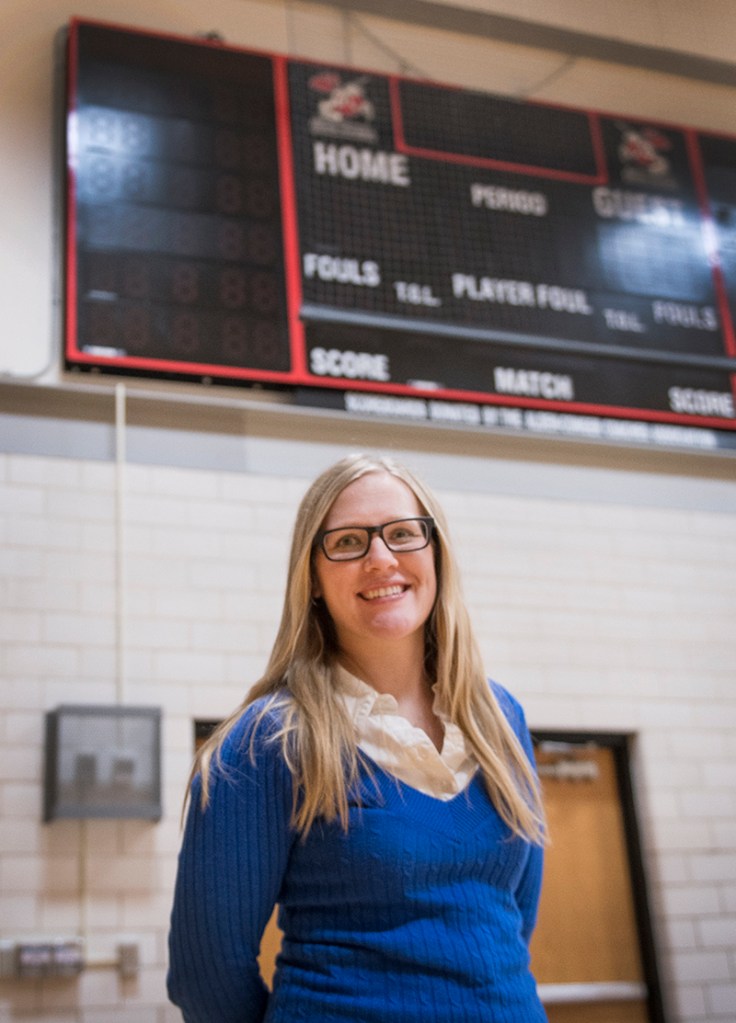 ALDEN — In the first year of the girls’ basketball cooperation between Alden-Conger and Glenville-Emmons, head coach Jenny Hovendick led the team to a record of 13-9.

As seperate teams last season, the Knights finished 12-14 and the Wolverines finished 4-21. The last time either the Alden-Conger or Glenville-Emmons girls’ basketball programs had a winning year was Alden-Conger’s 2012-13 season.

Hovendick talked about the success the team saw during its inaugural year.

“I thought the season went really well,” Hovendick said. “Combining two schools into one team, there’s always uncertainty as to how that’s going to go and how the players will mesh together. From that standpoint, I think everything went very smoothly.

“We came together really quickly, playing good basketball on the court. People settled into their new roles pretty quickly and it showed early in the season when we were winning quite a few games.”

Hovendick said a lot of the success this season came from their consistency from game to game. The Knights’ season ended in the first round of the Section 1A tournament to Houston, and although she would have liked to pick up more upset wins, she was happy with how the season turned out.

Taking two sub-.500 teams from last season and forming one winning team might be a tall task for some, but Hovendick said she was helped out by the veteran leadership both schools brought to the court, as well as the offseason practices the team got in.

“The really productive summer was really important for us. Getting both teams on the court together early certainly helped with the process of blending the two teams together. Also, from both schools, just the experience of everyone brought together was a factor.”

One of Hovendick’s most memorable moments of the season was the NRHEG Christmas Tournament when the Knights played well against, but eventually lost to a great Lake Crystal-Wellcome Memorial team, then went on to beat a much bigger school in Albert Lea. She also said the close win over rival St. Clair was a highlight of the season.

Hovendick loses five seniors from the team in Erika Bute, Autumn Soost, Megan Linn, Kenna Gaines and Halee Miller, who all saw significant playing time this season, especially Bute — a five-year starter and the catalyst for much of the team’s offense.

With the big losses, Hovendick will rely on sophomore standout Abbie Theusch and other role players to step into larger roles next season.

“We’re fortunate to have depth in juniors that will be seniors next year,” Hovendick said. “Kennedy Severtson is going to be able to step into that point guard role with experience in the position. Mikenna Erickson, Chloe Anderson, Sydney Rasmusson, they all bring a lot of experience and will hopefully shine in a new more prominent role next year.”