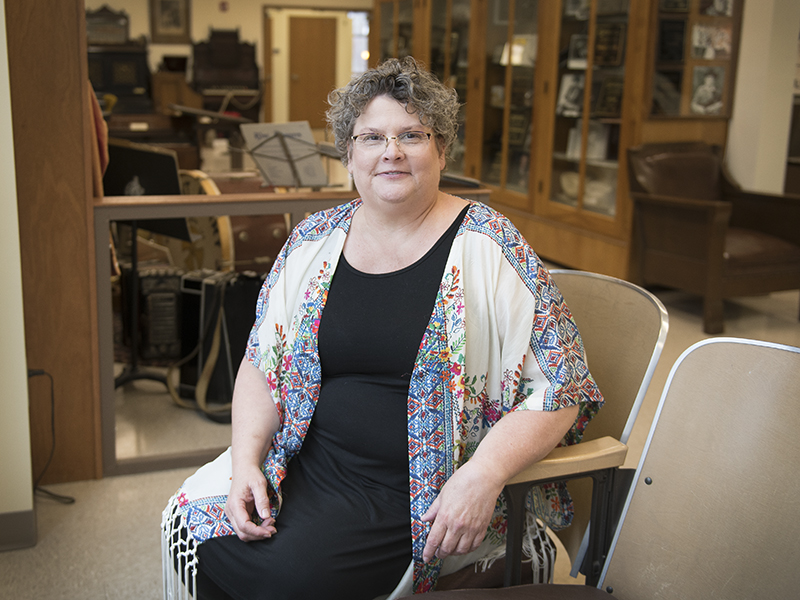 The new executive director at the Freeborn County Historical Museum, Library and Village has always had an interest in history.

Fifteen years ago, Ellendale native Stephanie Kibler said she started putting her genealogy together. But it wasn’t until about four years ago that her love of history turned into a job — first in Steele County and now in Albert Lea.

Kibler, 55, said she worked as a private contractor for the nonprofit sector for many years planning continuing education for health and human services — spending time in places such as California, Nashville and the Twin Cities. She moved back to Ellendale in December 2011, and in September 2015 she became manager of meetings and events at the Steele County Historical Society, also taking part in marketing, fund development and communications.

“It’s been really fun to take that history interest and piece it with the events and come up with some creative, fun ways to combine them,” she said.

Kibler said she heard about the opening for the executive director position with the Freeborn County museum from James Lundgren, the director at the Steele County Historical Society, who had served on an interim basis at the museum in Albert Lea. She said Lundgren encouraged her to apply for the job.

Kibler was interviewed and offered the position, and she officially started the job last week.

Though she has only worked with the organization for about a week, she said she already has many goals as she looks to the future.

She said there are a few programs she brought to Steele County that she would like to bring to Freeborn County. She also plans to expand a few areas on the museum’s new website, help get the museum’s committees back to meeting on a regular schedule and find someone who can help with volunteer needs and tours.

There’s always work to be done on memberships and building partnerships in the community.

“I’m excited,” Kibler said. “I feel like this board is a strong board, and they are really eager to move forward because a lot of times you don’t find that when you start a new position. I think it’s going to be a fun, exciting year for the historical society here.”

Though she and Lundgren no longer work together, she said they have called each other daily — Lundgren to talk to Kibler about aspects of her old job and Kibler to ask Lundgren about an aspect of the position in Albert Lea.

Growing up in Ellendale and then having worked at the Steele County Historical Society, she said she became more familiar with Steele County over time. She is excited to do the same in Freeborn County and learn about the events that helped mold the community.

The coming months look busy: Volunteers will be cleaning up the museum village Saturday, and she will prepare for school tours in May and Eddie Cochran Weekend in June.

Aside from the museum position, she is also on the Ellendale City Council, where she has served for six years, and on the board for the community foundation in Ellendale.

Freeborn County Historical Museum Board President Mark Light said the board looks forward to working with Kibler into the future.