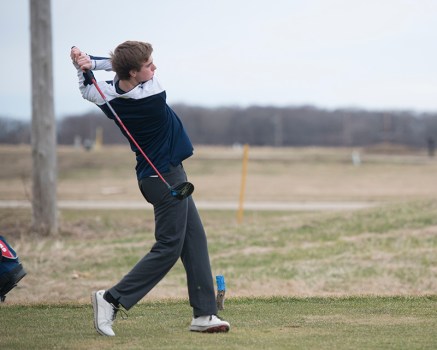 Albert Lea junior Danny Chalmers tees off on hole No. 2 Tuesday afternoon at Wedgewood Cove Golf Course. Chalmers was the lowest scorer for the Tigers, finishing with a round of 81. - Tyler Julson/Albert Lea Tribune 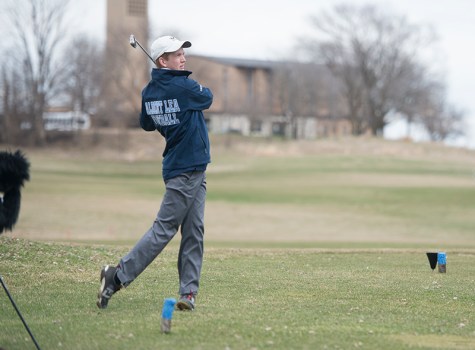 Albert Lea senior Logan Howe watches his tee shot on hole No. 3 at Wedgewood Cove Golf Course. Howe shot a round of 82 in the 297-343 loss to Mankato West. - Tyler Julson/Albert Lea Tribune 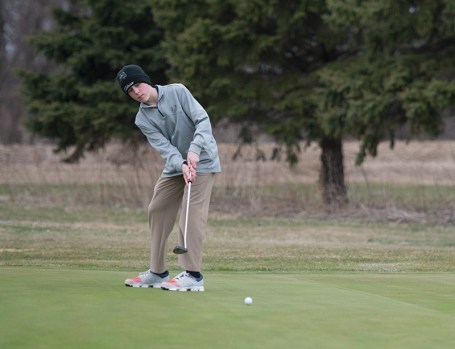 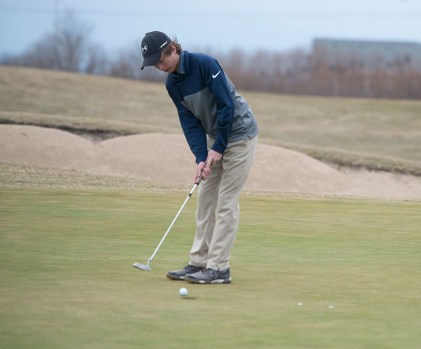 The threat of incoming weather forced the Albert Lea boys’ golf team to move up its home meet scheduled for Friday to Tuesday afternoon at Wedgewood Cove Golf Course.

The Tigers hosted a tough Scarlets team from Mankato West and came out on the losing end of a 297-343 match.

Junior Danny Chalmers was the low-scorer for the Tigers, finishing with a round of 81 — 42 on the front nine and 39 on the back. Senior Logan Howe was just one stroke shy of his teammate, entering the clubhouse with a score of 82 (45-37). Eighth grader Drew Teeter shot an impressive 85 (42-43) and junior Marty Syverson rounded out the Albert Lea scorers with a 95 (49-46). Other Albert Lea golfers included freshman Tucker McKinney with 99 (46-53) and senior Aus Barker with 124 (57-67).

Mankato West sophomore Leo Gellert won the meet with a score of 68 (35-33). Senior Aiden Brovid and sophomore Tim Cain each shot a 77 for the Scarlets.

“Danny and Logan had good rounds today,” said Albert Lea head coach Max Jeffrey. “Logan holed-out on 14 from 210 yards for an eagle and Danny birdied the 18th. Drew played well, too, and will continue to improve as the season progresses. It was great to have Marty back in the lineup after missing last season to a broken arm.”

The Tigers will be back on the course April 18 with a meet at Northfield Country Club.