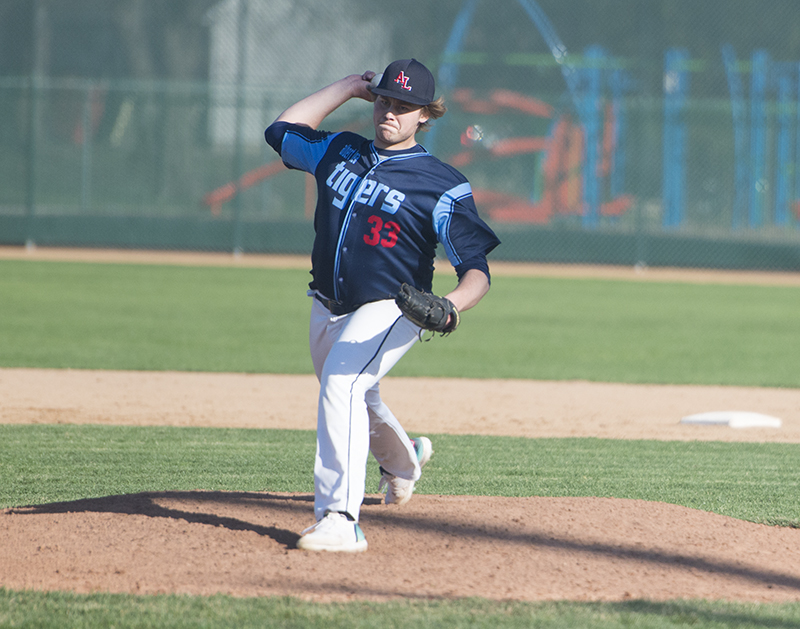 The Tigers offense goes in for the kill, defeats Falcons by 8 runs

The Albert Lea baseball team hosted Faribault Thursday afternoon looking to get back on the winning track after a sluggish performance Tuesday.

After a shaky defensive first inning, the Tigers came alive at the plate to pull ahead and win the game, 11-3.

Faribault scored two runs in the first inning after a throwing error scored one, followed by a ground rule double scoring another. A walk threatened another run, but a groundout ended the inning and left the runner at second.

Senior Parker Andersen led off with a walk and stolen base for the Tigers, but two quick outs threatened to leave him stranded. Senior Brock Hammer took first after being hit by a pitch, followed by senior Ian Ball hitting them both in on a base rip that snuck under the left fielder’s glove. Junior Koby Hendrickson reached on an error that scored Ball, giving Albert Lea a 3-2 lead.

The Tigers made quick work of the Falcons in the top of the second, allowing only one base runner in the inning. Singles by junior Gavyn Tlamka and senior Carson Goodell put the Tigers in a good spot, however, three straight outs ended the second without any runs crossing the plate.

After another scoreless defensive inning in the third, Albert Lea widened its lead with two runs in the bottom. Hammer led off with a single and was hit in when Ball hit an RBI double. The second run of the inning was brought in by a sacrifice fly to right field by Tlamka. 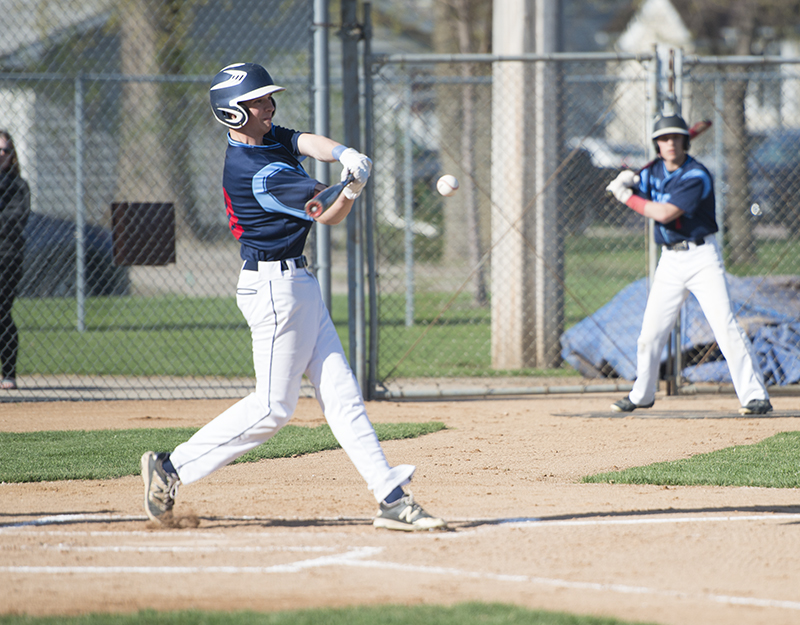 Albert Lea senior Dalton Larson swings at a pitch Tuesday night against Faribault. The Tigers crushed the Falcons 11-3 to pick up the Big Nine Conference win and move to 4-3 on the season. – Tyler Julson/Albert Lea Tribune

A single by Carter Simon followed by an RBI single by Hammer in the fourth extended the lead to 6-2 with three innings to play.

With a runner on third in the fifth inning, a balk was called, bringing in a run for the Falcons. However, the Tigers came back with a strikeout to end the inning.

Albert Lea got that run back, plus some, in the bottom of the inning. Ball and Tlamka hit singles, followed by Goodell hitting into a fielder’s choice that scored Ball. Andersen, Hammer and sophomore Jack Jellinger then hit back-to-back-to-back shots to left field that all scored runs, giving the Tigers a commanding 11-3 lead heading into the sixth.

Faribault was unable to form any sort of comeback in the sixth and seventh, allowing Albert Lea to pick up the eight-run win.

Starting on the mound for the Tigers was Tlamka, who let up three runs on six hits, while walking three and striking out six.

The Tigers climb to 4-3 on the season and host Waseca Friday night to cap off their three-game homestand.