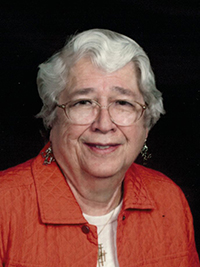 She was born Jan. 19, 1928, in Albert Lea, the daughter of Raymond and Marie (Anderson) Gold Sr. She grew up in Albert Lea, where she graduated from high school in 1946. She continued her education at Naeve Hospital in Albert Lea in the nursing program. During her schooling, she worked at Gold’s Grill before moving to Atlanta, where she worked as a nurse.  While living and working in Atlanta she married Ronald Heil on March 17, 1951. Ron’s military service took him to Korea and Betty moved back to Minnesota to be near family. She stayed at home raising her three sons until her youngest began school. She then began her 20-year career as a nurse in Owatonna, working at the hospital in the obstetrics department and emergency room. She also worked as an ambulance nurse.

Ronald died in 1976 and Betty continued living and working in Owatonna. In April 1982 she married Norman Morrison. Betty retired and the couple moved to North Carolina, where they lived for 20 years. They returned to Minnesota when Norman’s health began to fail. Norman died in 2005.

Betty was an author, writing two books about nursing and raising children. She was an avid reader and doll collector and enjoyed needlepoint. Even though she disliked fishing, she supported her sons’ outdoor spirit and proudly cooked some of the game — at least one time.

She was preceded in death by her parents Raymond Sr. and Marie; husbands Ronald Heil Sr. and Norman Morrison; son and daughter-in-law David and Pamela Heil; and grandson, Christopher Heil.

Funeral services will be at 10:30 a.m. Friday at Trinity Lutheran Church in Owatonna. Visitation will be from 4 to 7 p.m. Thursday at Michaelson Funeral Home and one hour prior to the service at the church Friday. The Rev. Amanda Weinkauf will officiate. Interment will be in Owatonna Memorial Gardens in Owatonna.