Update: Southbound I-35 reopened near Faribault 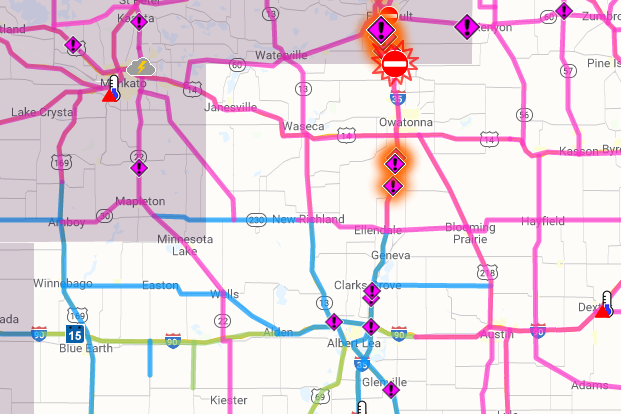 The Minnesota Department of Transportation lists highways near Albert Lea as improving, while the southbound lanes of I-35 are closed at Faribault because of crashes. - Provided

Update: The southbound lanes of Interstate 35 between Faribault and Medford have reopened, according to the Minnesota Department of Transportation.

Original story: Southbound Interstate 35 is closed at Faribault and detoured down to Medford because of numerous vehicle crashes, according to the Minnesota Department of Transportation.

The detour route is Highway 60 west at Faribault and is the marked alternate route. Motorists will go south on Rice County Road 17 and follow the signs to Medford, where they can rejoin I-35 southbound.

Crashes have been reported on northbound I-35, but the highway remains open as of 2:05 p.m.