A celebration of life gathering for Kerry Karsjens will take place from 1 to 3 p.m. April 20 at Conservative Congregational Church in Hollandale. All are welcome to come and visit with family and friends as his family celebrates Kerry’s life. Kerry died in hospice care Tuesday, March 5, 2019, at 64, after an eight-month battle with lung cancer. 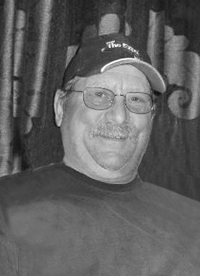 Kerry was born to Dwight and Cathrine (Cardel) Karsjens on June 13, 1954, in Albert Lea. Kerry lived life to the fullest. He had a way of sharing laughter with all who knew him. He will be greatly missed but his family rejoices in knowing he is now pain free in the arms of his Lord and Savior Jesus Christ.

After graduating in 1972, Kerry worked for Veldman Farms, Ravenhorst Tile and Wilson & Co. and drove truck before moving to Las Vegas in 1987. In Las Vegas he drove ready-mix truck, worked in the convention industry and most recently at the Nevada test site. Kerry and Amy built a home in Las Vegas in 1995. His hobbies included riding his ’73 Harley Davidson in the earlier years, shooting, smoking meats, fishing and playing pool.

He was preceded in death by his beloved mother, Cathy Karsjens, of Clarks Grove; nephew, Adam Christenson, of Albert Lea; and grandparents Reint and Mary Karsjens of Hollandale and Soren and Astrid Cardel of Austin.