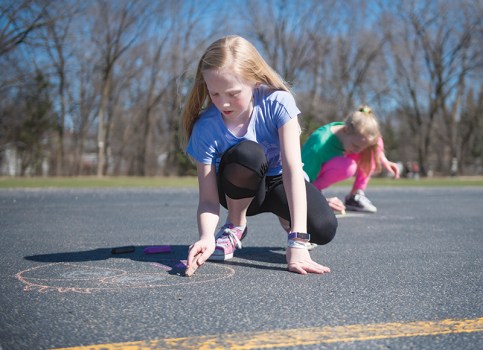 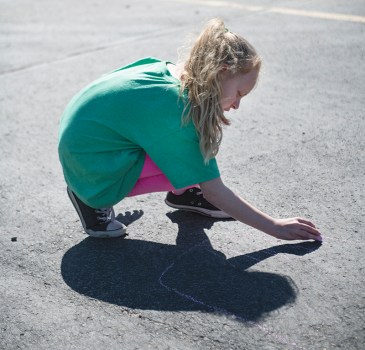 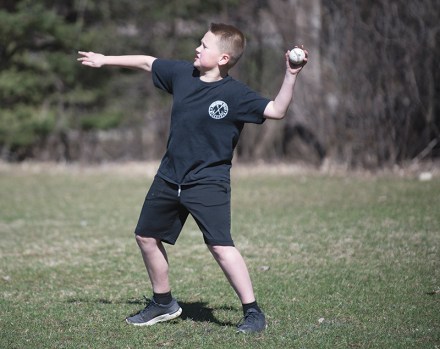 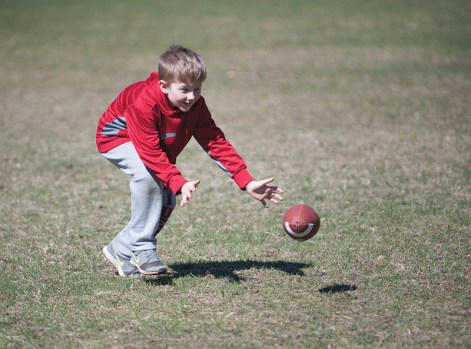 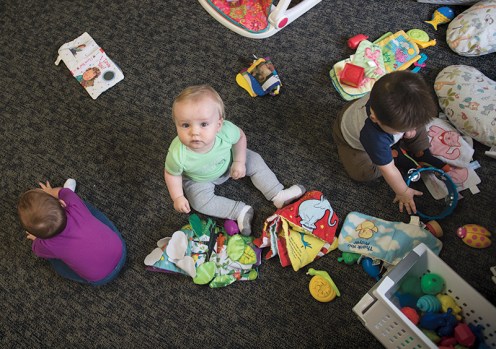 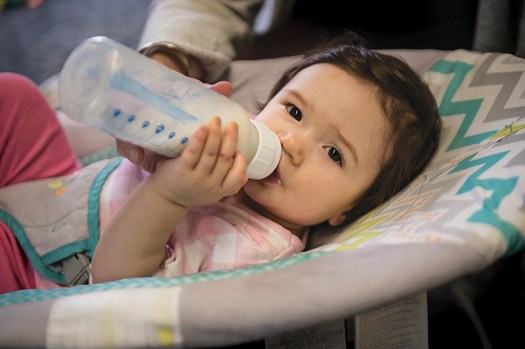 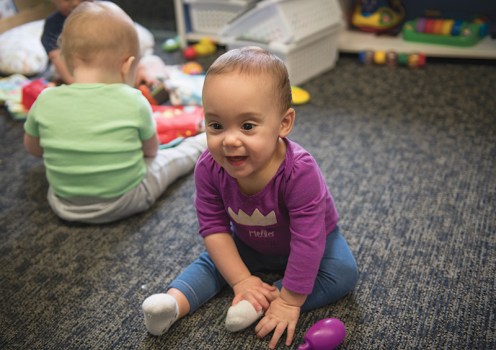 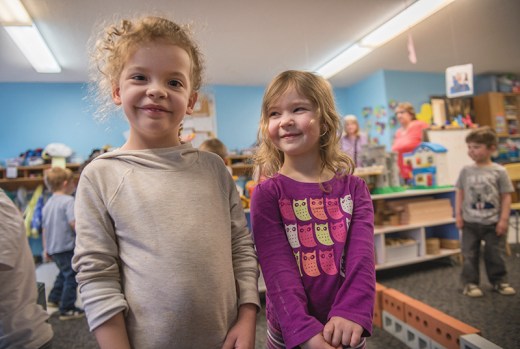 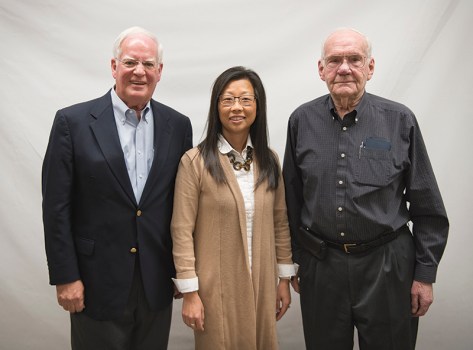 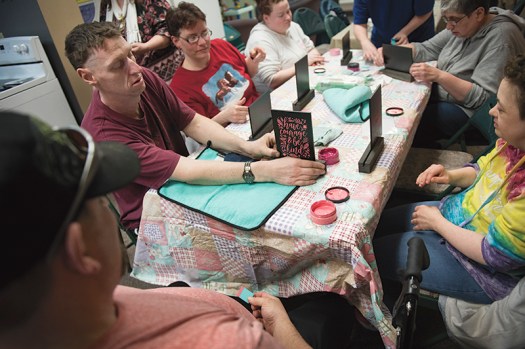 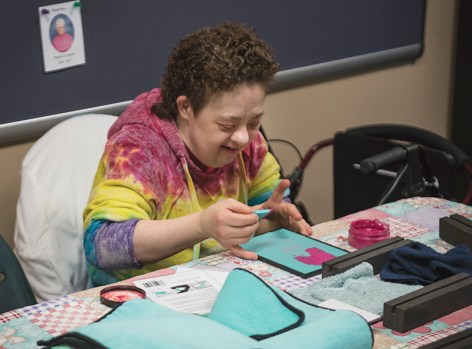 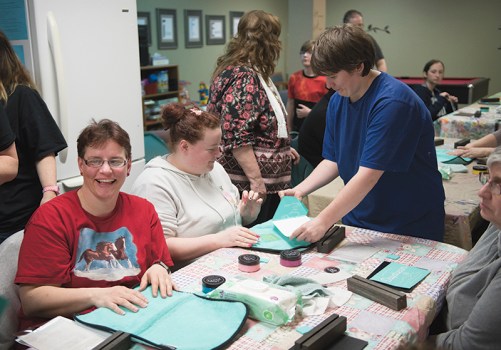 Pauline Camerer, left, laughs with friends during a March art class at LIFE Center of Freeborn County. The center is a local organization dedicated to helping empower people with disabilities and their families. - Colleen Harrison/Albert Lea Tribune 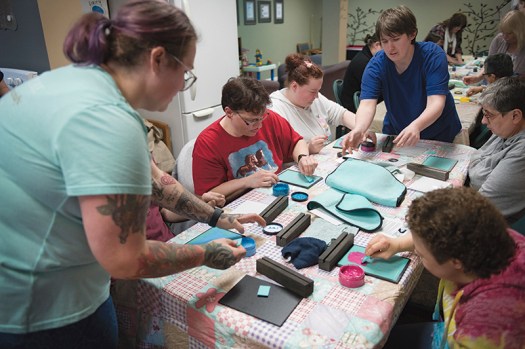 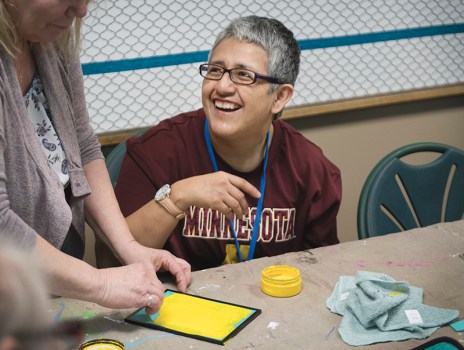 Foundation provides chance to give back, boost community

Created as a way for people to build a personal legacy of giving to the community, the Freeborn County Communities Foundation in its 17 years has awarded over $4 million in 650 grants.

The foundation was formed under the umbrella of the Minnesota Community Foundation after three Albert Lea men, who had been serving on the Chamber Foundation board at the time, decided to start an endowment fund.

One of those men, Joe Johnston, said the St. Paul Foundation had created the Minnesota Community Foundation as a means to help communities set up a turn-key ready community foundation.

The Minnesota Community Foundation takes care of the legal, administrative and operational duties for the community foundations, including checking that prospective recipients are bona fide 501(c)3 organizations, and then the local boards select recipients for funding.

Paul Overgaard, another one of the founders, said they were proud to work under the Minnesota Foundation, an organization that is credible and professional.

“We wanted to project an image of permanence that would last longer than those of us who started the thing,” said Overgaard of himself, Johnston and Herb Anderson’s hopes.

The fund was initially going to be named the Albert Lea Community Foundation, but they soon realized it should incorporate other Freeborn County communities, as well.

As the foundation has grown over the years, it has a little under $12 million in assets, including 20 different individual-named funds.

Of those, 47% are donor/family-advised funds, so that a member of the family or the donor themselves would come up with the recommendations of the nonprofits they would like their funds to support.

Thirty-five percent are community-advised, in which a local volunteer board of directors takes applications for grants and then decides where those funds will go.

Seventeen percent are donor-advised, in which the donor puts in writing what organizations they would like their grants to support. A smaller percentage is a general fund that is advised by the board for smaller gifts that came in or for people who wanted to remain anonymous.

He noted 99 percent of the assets of the foundation came from bequests.

Overgaard spoke of the impact an individual can have on a community through joining the foundation.

He said he knew an individual who was single without children and who was an attorney and died without a will.

“He was a very community-oriented person, but for reasons no one can know for sure, he didn’t identify a means that those resources could live on and leave quite a legacy,” Overgaard.

On the contrary, he knew of another individual who was also single and decided to create a foundation. His bequest was about $250,000, and in the estimated 40 years since has distributed about $900,000.

“That’s an exciting example of how someone with the resources and the heart for their community could leave a legacy that’s pretty significant,” Overgaard said.

Johnston said people can be sure the money is handled professionally under the umbrella organization, which is now known as The St. Paul and Minnesota Community Foundations.

Johnston, Overgaard and current Freeborn County Community Foundation Chairwoman Leean Dulitz said they are working to spread the word about the foundation in the community through the media and professional advisers, who can talk about it with their clients.

“There’s a great opportunity for an individual who has spent a lifetime of building assets,” Overgaard said, adding that individuals can set the criteria about who will receive the money and have control over their funds as long as they can. He said the best thing is that people don’t have to get involved with a bunch of legal paperwork to make their donation possible.

Dulitz, who is part of the board that selects the community-advised grants, said it is exciting to be on a board that is giving away money instead of having to fundraise for it.

“This is a board I really enjoy being on because we’re making an impact with the funds that have been made available by generous donors,” Dulitz said.

In March, the organization brought in someone to teach Chalk Couture in a class.

“These individuals, the older population especially, don’t have a lot of other areas to go for programming,” Walters said. “They really enjoy it.”

Dennis Dieser, executive director of Albert Lea Family Y, said his organization has received funds through the Kenneth W. Olson Charitable Foundation for many years, which is now under the Freeborn County Communities Foundation.

The funds have gone toward youth and family memberships for families who can’t afford them. Funds have also gone to support a week of camp for children at no cost and at times have been used for youth sports or swimming lessons.

In the last year, specifically, funds supported about 50 to 60 weeks for children at camp.

“Without that foresight of Ken Olson and the dollars he preserved, we wouldn’t have been able to do near the programming we’ve had,” Dieser said.

Sue Loch, executive director of The Children’s Center, echoed a similar sentiment for her organization.

She said The Children’s Center has received a gift every year except one since 2007. Grants have gone to support several different projects, such as playground replacement, HVAC replacement and fencing, to name a few, along with sliding fees.

“Without these donations, some of these things would have never happened,” Loch said. “What a wonderful organization that makes a difference in people’s lives.”

To set up an endowment fund with the Freeborn County Communities Foundation, contact Dulitz at fccommunityfoundation@gmail.com or 507-383-5357.