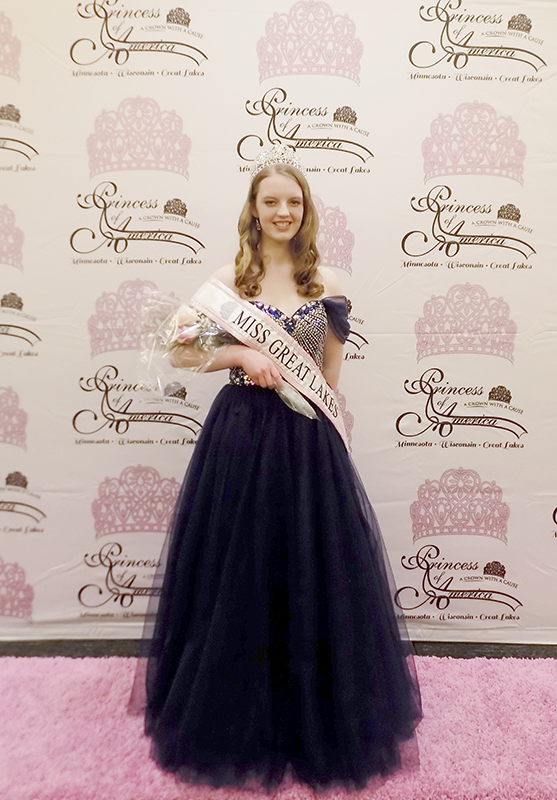 According to the release, girls from all over the region competed for the crown. Required categories of competition included interview, formal wear, personal on-stage introduction and question. Participants also had the opportunity to enter the optional categories of talent, spokesmodel, casual wear and photogenic.

As a state titleholder, Troe advances to the national pageant in Branson in July. She received the official crown, banner, trophy and cash award.

The Princess of America Organization tagline is “A Crown with a Cause.” It is a national pageant system based on the development, confidence and leadership skills for girls learned through the pageant system and an emphasis upon community service for ages 4 to 24.

According to the release, the crown represents far more than winning a pageant. Communication skills and confidence are learned through the interview process and on-stage speaking opportunities, which enable them to be an effective representative for the national organization as well as their chosen cause.

During the state pageant, each participant had the opportunity to participate in contributing items for the state service partner, Children’s Clinics and Hospitals of Minnesota. Princess of America also provides a monetary donation to the organization.