Mankato West too much for Albert Lea 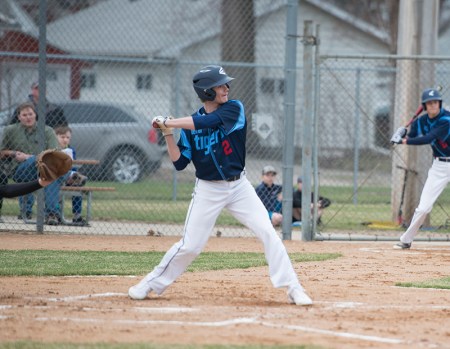 Albert Lea senior Carson Goodell readies to take a swing at an incoming pitch in Tuesday night's game against Mankato West. Goodell went 0-1 at the plate in the 13-1 loss. - Tyler Julson/Albert Lea Tribune 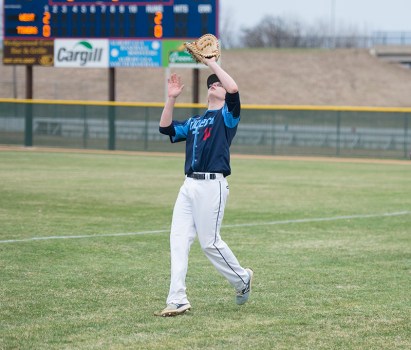 Albert Lea senior Brock Hammer camps under a fly ball in foul territory Tuesday night at home. Hammer recorded the first hit of the game for the Tigers in the third inning. - Tyler Julson/Albert Lea Tribune 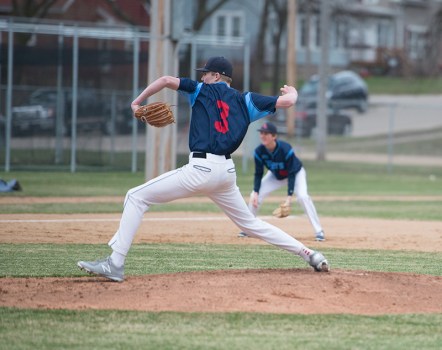 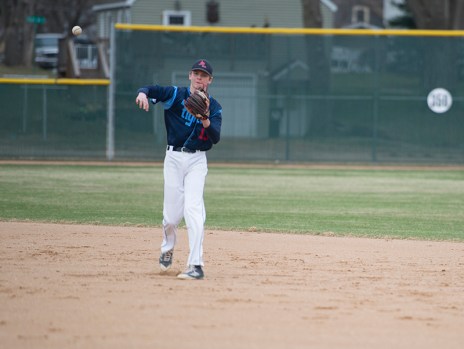 Tigers fall to the Scarlets in home opener

The Tigers used a host of pitchers in the game and were unable to get anything going at the plate as the Scarlets ran away with the game in the third and fourth innings, winning 13-1.

All seemed to be going right for the Tigers when two quick popouts gave them two outs to start the game. However, a single followed by a two-run home run gave the Scarlets an early 2-0 lead.

Albert Lea got one runner aboard in the first inning when senior Carter Simon drew a walk, but was unable to advance any further than first base.

It was a fast defensive second inning for the Tigers, as they retired the side with two strikeouts and a popout.

Junior Koby Hendrickson got on base in the second inning after being hit by a pitch, however, the rest of the Tigers’ lineup wasn’t able to bring him in to cut into the lead.

The Scarlets took control of the game in the top half of the third inning, scoring five runs to take a 7-0 lead. Two walks started the inning, followed by an RBI single and a two-RBI double. After a change at pitcher, the Scarlets managed another two-RBI double before the inning ended on a strikeout.

Again, the Tigers managed just one base runner in the third inning. This time, senior Brock Hammer recorded the first hit of the game with a one-out single. Hammer was left on base after a popout and strikeout ended the third.

Mankato West added even more to its lead in the fifth, scoring another six runs. Two doubles, a single, two walks and an error led to the runs coming across the plate. Senior Ian Ball reached base with a walk in the bottom half of the inning, but a stellar play by a Mankato West infielder caught him up on a double play to end the inning.

The Tigers held the Scarlets scoreless in the fifth, but in a 13-0 deficit they would need at least four runs to extend the game. Senior Parker Andersen led off the inning with a single up the middle and was followed by sophomore Jack Jellinger reaching on an error. Senior Carson Goodell popped out to right field, but was able to score Andersen in the process, giving the Tigers their first run of the game. The game would end early, however, when the next batter grounded out to second base.

The Tigers used five pitchers in the game. Hendrickson started the game pitching two innings, allowing five runs on four hits and striking out two. Hammer allowed two runs on one hit in one inning of work. Senior Drake Dawson started the fourth inning and gave up three runs on two hits before being relieved by Jellinger, who got out of the inning allowing one run on one hit. Senior Carter Simon finished the game, allowing just one hit in the fifth inning.

The Tigers move to 1-1 on the season and will be back in action Saturday when they host Rochester Century in a double header.