Prairie Profiles: Jail administrator likes a challenge, motivated to give back 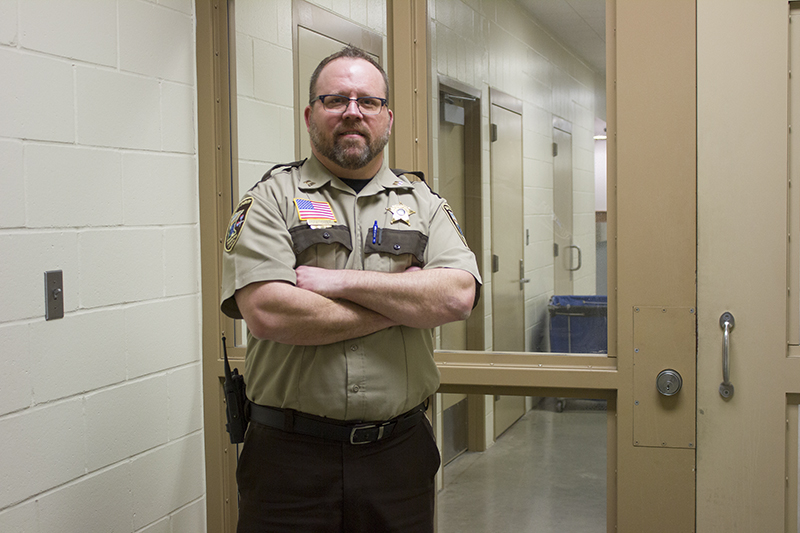 Freeborn County jail Administrator Mike Stasko is using his passion to serve in his position  as the head of the local detention center.

Stasko, who graduated from Green Bay East High School in 1993, attended the University of Minnesota, where he met his wife. They married in 1997.

In 1999, Stasko joined the U.S. Army, serving four years in active duty. He served two stints in Kuwait: one seven-month deployment and a second for nine months.

Following active duty, he joined the National Guard. Stasko, who began employment at the Freeborn County jail in June 2004, was deployed to Iraq with the National Guard eight days after the birth of his daughter, Aine, later that year.

“I have an awesome wife that’s able to handle a lot of stuff on her own,” he said. “That helped, but it’s always tough.

“I loved being in the Army, but it’s just tough on my wife and kids.”

Stasko worked for a security company at Camp Ashraf in Iraq, where a large camp of exiled People’s Mujahedin from Iran stayed.

“They basically worked for Saddam Hussein, and then we were there to make sure they weren’t doing anything bad,” Stasko said. “We had to escort them around the country. We had our little area of operations where we would patrol, and then we would go out on convoy duties, looking for IEDs. Looking for the bad guys, basically.”

In 2008, Stasko became training and compliance sergeant and assumed the jail administrator position when Sheriff Kurt Freitag was elected in 2015.

He is in charge of managing the inmate population and ensuring they meet Department of Corrections and Immigration and Customs Enforcement standards.

“It’s a tough job,” Stasko said. “I like the challenge. I like that it’s never the same thing.”

He noted the jail has started a treatment program so inmates can receive in-house treatment. Staff have worked with area agencies so that inmates have needed job interview  skills, can fill out resumes and apply for housing and food assistance when they are released.

To Stasko, his job allows him to help lay the groundwork for inmates to lead successful lives once they leave.

Stasko said, “if we can change someone’s life, that’s awesome.”

“It’s really tough to get through to those people, but if we can change one person’s life, than I think we’ve done something for that person and the area. That’s one less person that’s out there breaking the law.”

Interesting fact: Stasko is commander of the Hayfield American Legion