Roger A. Naylor, 85, originally from Albert Lea, passed away Thursday, March 28, 2019, in Las Vegas after an extended illness. 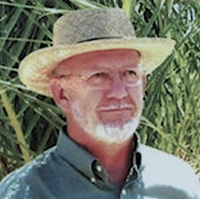 He spent 25 years as a music band director in three states: Minnesota, Illinois and Iowa. Roger originally begin his career in music playing with the Corn Cobs and the Earl Hunt and, before going into education.

He is survived by three of his children, Bruce and his wife, Julie, and children Jeff, Becky and Ashley and their children of North Carolina, Greg and his partner, Jan, and Greg’s two boys, Ben and Mark, of California, and Michael and his wife, Léonie, and son, Brandon, of Michigan; and his deceased daughter Nancy’s daughter, Margeaux.

Roger’s passions in life included photography, fishing, airplanes and writing. He wrote a number of fictional novels, many of them related to his fascination with airplanes and the experiences of being a child during World War II.

Condolences or memories may be sent to vvi@comcast.net.