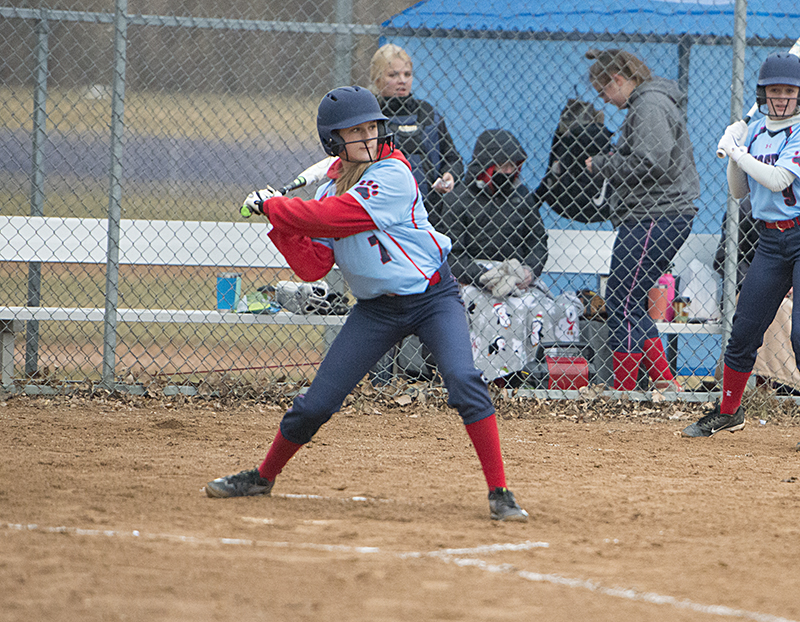 Albert Lea’s Mallory Luhring prepares for an incoming pitch Thursday afternoon against Faribault. The Tigers went on to drop the game 15-0 in five innings to the Falcons. - Tyler Julson/Albert Lea Tribune

Faribault offense too much for Albert Lea softball, ending game at 5 innings

The Albert Lea softball team kicked off its season on a cold and windy afternoon Thursday when it hosted Faribault.

Despite strong defensive innings in the first and second, the Tigers were unable to gain any momentum at the plate as the Falcons used an eight-run third inning to pull ahead and ultimately win the game, 15-0.

Senior Megan Johnson started in the circle for the Tigers and recorded a strikeout to open the game. A one-out RBI single put a run on the board for the Falcons, and the bases were quickly loaded. However, another strikeout from Johnson and a quick ground out got the Tigers out of the jam and up to the plate only down 1-0.

Albert Lea struggled at the plate throughout the game, with the first three batters in the first inning striking out. 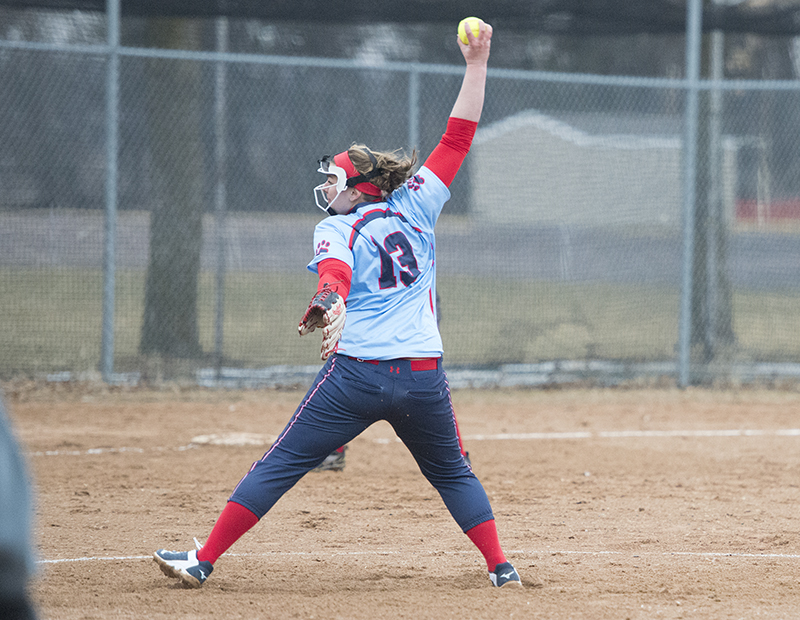 Back out on defense, the Tigers had a stellar inning, throwing out the side with three quick groundouts. However, their offensive woes continued in the bottom half of the second. Senior Khira Hacker nearly had a base hit with a stinger into the infield, but a spectacular defensive stop and throw had her out at first.

Two quick outs in the top of the third made it seem like the Tigers would stay in the game, but six back-to-back hits and two walks added eight runs to the Falcons’ tally and gave them a comfortable 9-0 lead heading into the bottom of the inning.

Three strikeouts ended the third for Albert Lea and Faribault kept the runs coming in the fourth, pushing another three runners across home plate. After another scoreless inning for Albert Lea in the fourth, Faribault put up three more to make it a 15-0 game entering the bottom of the fifth. Three strikeouts ended the game early for the Tigers as they were handed their first loss of the season in five innings.

Johnson pitched all five innings, striking out four batters. The Tigers went hitless throughout the game.

The Tigers fall to 0-1 to open their season and will be back on the diamond Friday when they head to Stewartville.