County board declares state of emergency due to winter storm damage 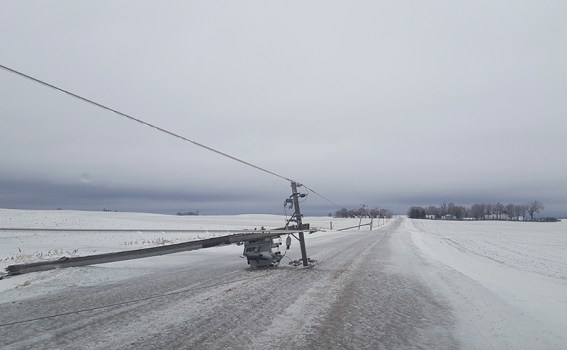 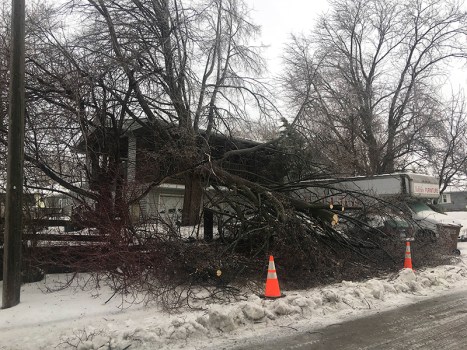 A tree was down in front of a house on Marie Avenue Thursday morning. - Sarah Stultz/Albert Lea Tribune 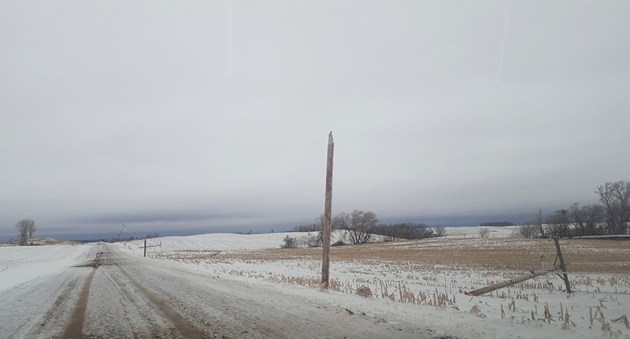 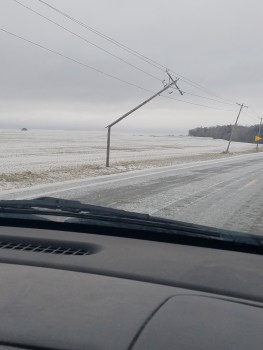 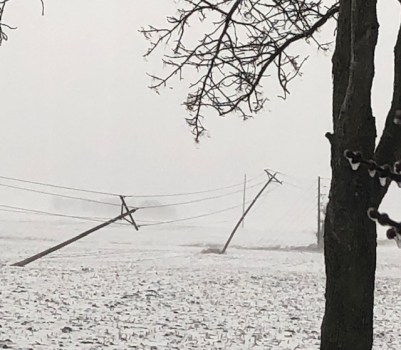 Steve and Renee Burns sent this photo of power lines out of their sunroom window in the southeast section of Wells. - Provided 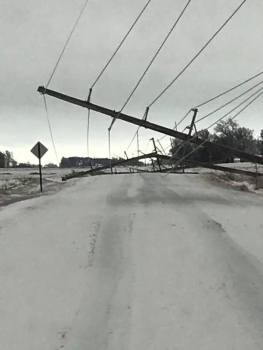 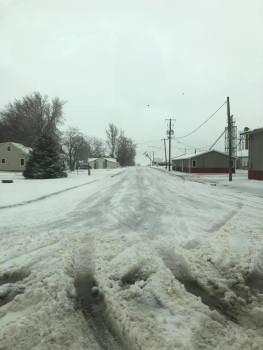 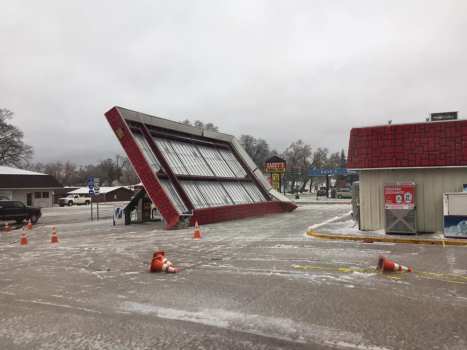 Emergency shelters are being planned, a county press release said.

High winds and ice overnight led to downed trees and power poles across the area, according to initial reports. In an 11 a.m. video released to Facebook, Freeborn-Mower Cooperative Services Compliance and Training Coordinator Lori Read said ice on lines was up to two inches thick.

According to the Waseca County Sheriff’s Office, Minnesota Highway 13 from Highway 30 south to Manchester was closed as of 9:25 a.m. due to power poles and power lines on the highway.

Interstate 90 at Alden was  closed temporarily this morning because of downed power lines but was back open before 8:40 a.m.

However, the Freeborn County Sheriff’s Office sent out an emergency alert at 11:30 a.m. advising no travel and did not limit that advisory to specific roads.

According to Freeborn-Mower Cooperative Services, there are 300 to 400 poles on the ground throughout the area. In the Sherriff’s emergency alert, the number in Freeborn County was listed as 200.

The cooperative stated as of 9:30 a.m., 7,500 accounts were without power, and with the strong winds, that number is expected to grow.

“If you have power, please prepare for the possibility of an outage,” a press release states.

Read specifically warned those with medical necessities of the potential long outage, and asked those without power to find safe shelter.

The cooperative said efforts to restore power are more time-consuming because of the widespread outages, and while it is early to predict a restoration timeframe, people should prepare for multiple days depending on your location.

Additional crews and equipment have been called to help restore power. Read asked residents to only use generators that are properly wired, as backfeed on the line can kill line workers.

• If you are experiencing an outage, check your fuses or circuit breakers to be sure there is not a problem in your home’s electrical system. If not, call the cooperative to report your outage at 1-800-734-6421.

• Check with your neighbors to see if they have electricity.

• If you plan to run a generator, make sure it is on a double-throw transfer switch.

• Remember it is important, and your responsibility, to protect your sensitive electronic equipment.

• Consider downed power lines energized. Stay away and call the cooperative or 911 right away.

The following are suggested supplies to have in case of an extended outage or any other emergency:

• Telephone that does not rely on electricity