A dip in population 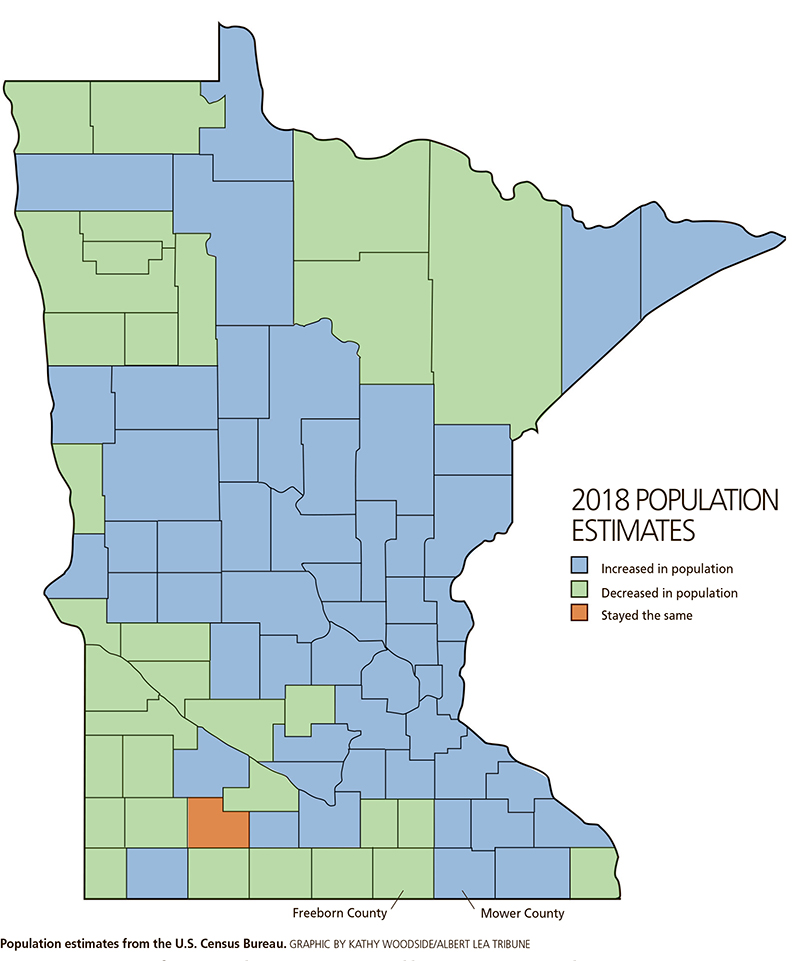 Committee formed to ensure all are counted in 2020 census

According to the Census Bureau, the population estimates for the county have steadily decreased each year since the 2010 census, when the population was 31,255 — except for in 2017, when the estimated population increased by 128 — rising from 30,409 to 30,537.

“Hopefully it’s a wakeup call,” said Freeborn County Board of Commissioners Chairman Chris Shoff, who said he has encouraged more efforts to ensure all residents are counted in next year’s census.

Belshan said he was not surprised to see the lower population estimate, given a loss of retail and industrial jobs in recent years, along with hospital services and what he described as a slumped agriculture economy.

“The ‘build it and they will come’ economic development plan is not working,” Belshan said. “It saddens me to see this happening, when so many other areas are thriving. Simply saying everything is fine doesn’t make it so.” 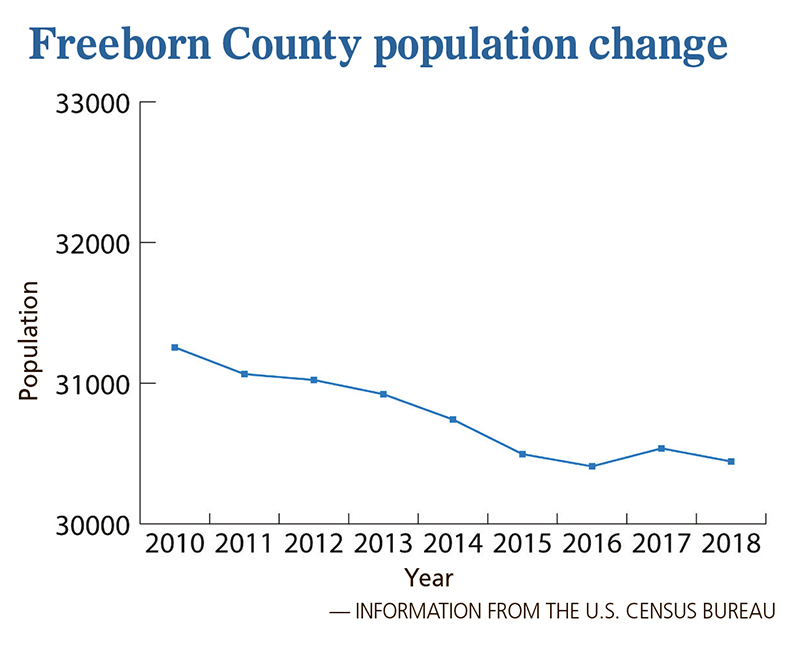 Shoff said county leaders need to focus on why the county has declined in population through the years. In addition to the loss of industrial jobs and a decrease in family farms, he said the county should look at long-term trends such as changes in automation.

He said the county needs to engage the area’s minority communities so that they feel comfortable in the county and will choose to stay here.

These minority community members are where the area is projected to grow in coming years he noted, citing Minnesota State Demographer Susan Brower.

Gearing up for the 2020 census

Gabrielatos said the city and county have organized a Complete Count Committee under the guidance of the U.S. Census Bureau with people from different sectors of life in the community to ensure that everyone is counted in the upcoming census.

Jim Accurso, the Minnesota partnership specialist from the U.S. Census Bureau, has attended the first meeting for the committee and also came to speak at the Freeborn County League of Cities meeting about outreach in the county’s smaller cities.

“This was an effective way to engage staff and elected officials from the other cities in the county,” Gabrielatos said.

Gabrielatos noted he has also connected Accurso with Penny Jahnke of Adult Basic Education to discuss the job opportunities available through the Census Bureau.

He said given that Adult Basic Education frequently works with people who are multilingual, this partnership would be beneficial to ensure that everyone is counted.

He also plans to meet with Workforce Development staff about the expected jobs with the census.

— Information from the U.S. Census Bureau