Albert Lea baseball team gets shut out by Mankato West 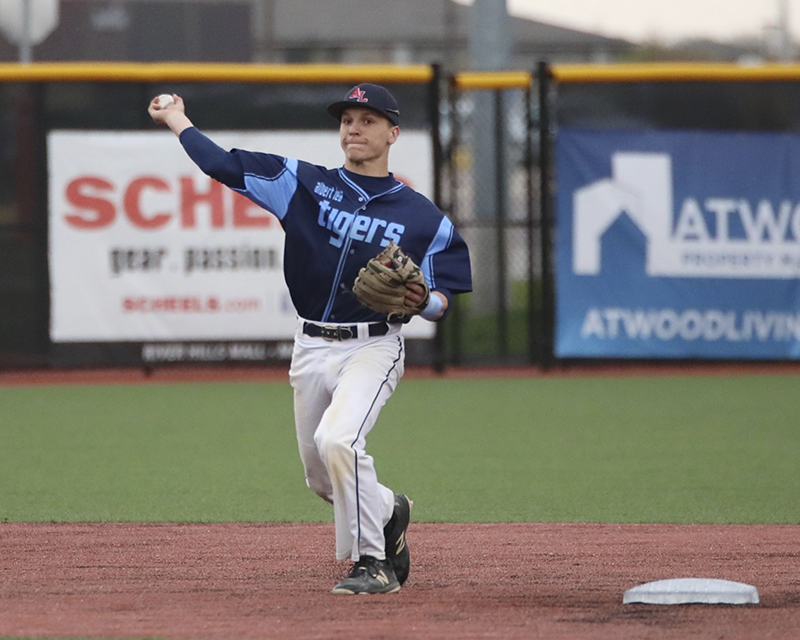 Albert Lea senior Carter Simon makes the throw from shortstop to first base Monday night on the road against Mankato West. Simon was 2-4 at the plate in the 3-0 loss to the Scarlets. - Provided

After losing both games of a double header against Red Wing on Saturday, the Albert Lea baseball team was back on the road Monday night for a matchup with Mankato West.

Despite a solid defensive performance and a stellar night on the mound by junior Gavyn Tlamka, the Tigers couldn’t score when they needed to, losing to the Scarlets 3-0.

Four Tigers had a multi-hit game, including seniors Dalton Larson, Carter Simon and Drake Dawson, who were all 2-4; and senior Ian Ball who was 2-3. Tlamka and senior Brock Hammer also recorded one hit each.

On the mound, Tlamka pitched six innings, allowing three runs on six hits and one walk while striking out six. 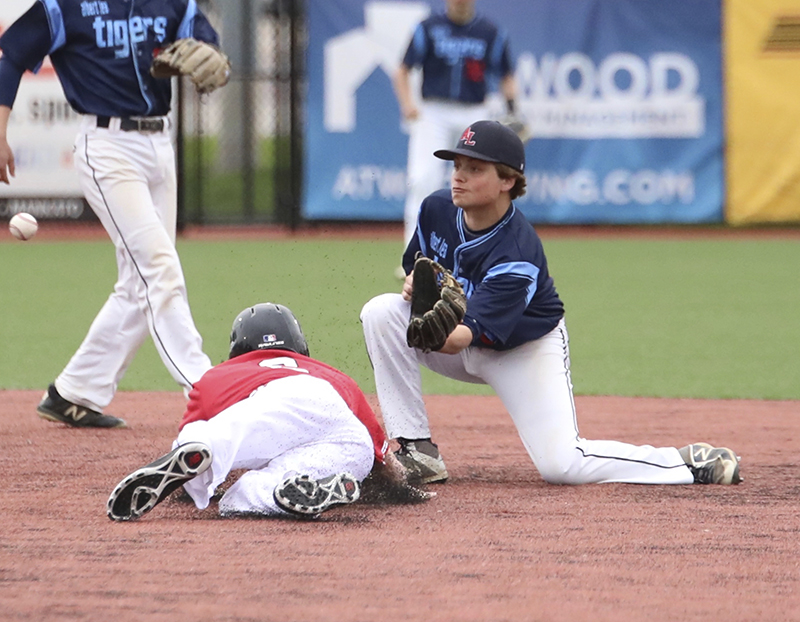 “Great pitching performance by Gavyn and a really great day at the plate,” said head coach Sean Gaston. “We just couldn’t get the timely run we needed to break it open. Most exciting thing was that our behaviors were consistent for winning. Our energy was high, we stayed focused, and we showed a willingness to be selfless. Good behaviors lead to good outcomes. If we keep playing this way, we will win games and be at our best for sections.”

Albert Lea falls to 6-10 on the season and will be back on the diamond Thursday when they travel to Northfield to take on the 3-8 Raiders.