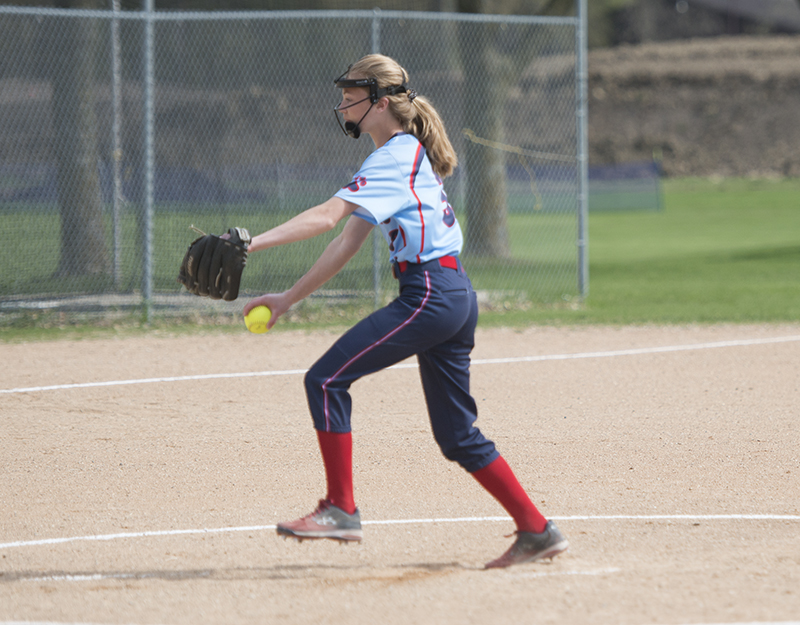 Albert Lea sophomore Carissa Nelson fires in a pitch in the first inning of Tuesday night’s game against Red Wing. Despite a late comeback attempt, the Tigers fell to the Wingers 8-5. - Tyler Julson/Albert Lea Tribune

Despite a late comeback attempt from the Tigers, the Wingers held on in the sixth and seventh innings to come out on top 8-5.

It seemed like the Tigers were in store for a long afternoon in the top of the first inning, as the Wingers led off with two singles and a double to open up a 3-0 lead with no outs on the board. However, a groundout and two straight popouts ended the inning without any more damage being done.

It was slow going at the plate to start the game for Albert Lea, having its first three batters retired in each of the first three innings. Junior Emma Renchin reached on a walk in the third, but was thrown out on an attempted steal.

The Wingers added a run to their total in the second, two more in the third and one in the fourth to extend the lead to 7-0 before the Tigers got on the scoreboard in the fourth inning. 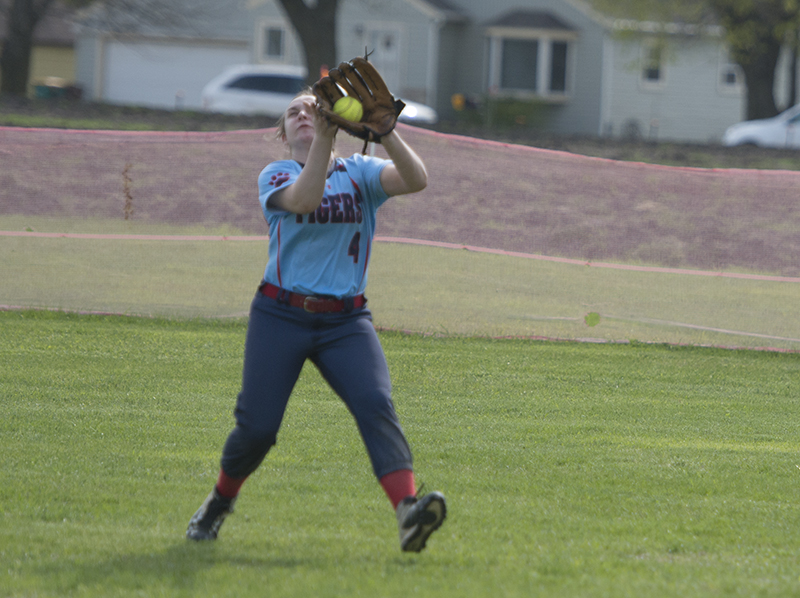 Sophomore Mallory Luhring led the inning with a single and was hit in during the next at bat when senior Taysha Sternhagen crushed a double off the outfield fence to bring in the run. The scoring did not stop there for the Tigers, however. Sophomore Madi Fleek brought Sternhagen in to score with a two-out triple before the inning ended.

The Albert Lea defense buckled down in the fifth inning, sitting down the first three Red Wing batters. Two quick outs in the bottom of the inning put Albert Lea in a tough spot, but sophomore Olivia Goodmanson getting hit by a pitch and Luhring getting walked set the team up nicely to score some runs. Sternhagen and seniors Lexus Saltou and Khira Hacker took advantage of the situation with back-to-back-to-back singles that each brought in one run, closing the gap to 7-5.

Another quick inning in the top of the sixth shifted momentum back to the Tigers, but three outs after a lead-off walk by freshman Annika Veldman ended the inning with zero runs.

The Wingers added another run in the seventh to put the Tigers back three with just one inning remaining. Sternhagen and Hacker reached base on a single and error, respectively, but the Tigers’ rally was cut short.

Sophomore Carissa Nelson started in the circle for Albert Lea, allowing eight runs on 12 hits, while walking zero and striking out zero.

The Tigers fall to 1-11 on the season and will be back in action Thursday when they host the Raiders of Northfield. 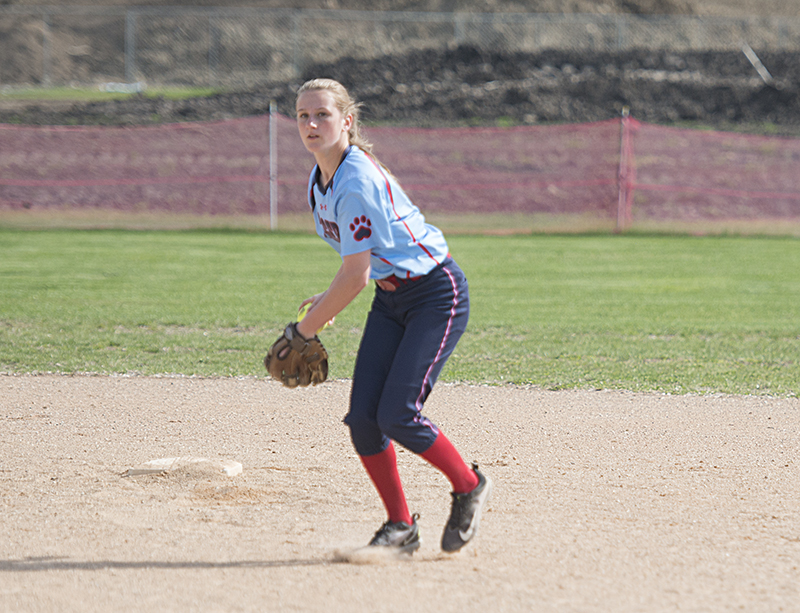