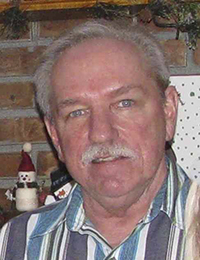 Duane Raymond Schuler was born Dec. 6, 1955, in Owatonna to Sidney and Annette (Denker) Schuler. His mother remarried and he was raised by his parents Annette and Lee Iverson. Duane graduated with the class of 1974 from Austin High School. He then went on to attend school at Vo-Tech in Austin, where his major was auto body technician. Duane worked in the auto body field all his life, first when he moved to Butte, Montana, working for three years before moving back to Austin, where he worked at Dave Syverson in Albert Lea for 24 years.

He enjoyed hunting, dancing, football and NASCAR. Duane enjoyed his life to the fullest and especially loved spending time with his family and grandchildren. He will be greatly missed by all who knew and loved him.

He was preceded in death by his parents Sidney Schuler and Lee and Annette Iverson; mother and father-in-law Clayton and Eve Sorenson; stepbrother, Mike Iverson; and brother-in-law, Lee Sorenson.

Memorial services will be at 11 a.m. Wednesday at the Worlein Funeral Home chapel in Austin. The Rev. Shari Mason will officiate. Visitation will be from 5 to 7 p.m. Tuesday at Worlein Funeral Home in Austin and will continue for one hour prior to the service at the funeral home Wednesday. Interment will be in Fairview-Oakland Cemetery in rural Oaklanda. Worlein Funeral Home of Austin is assisting the family with arrangements. Condolences may be expressed to the family online at www.worlein.com.