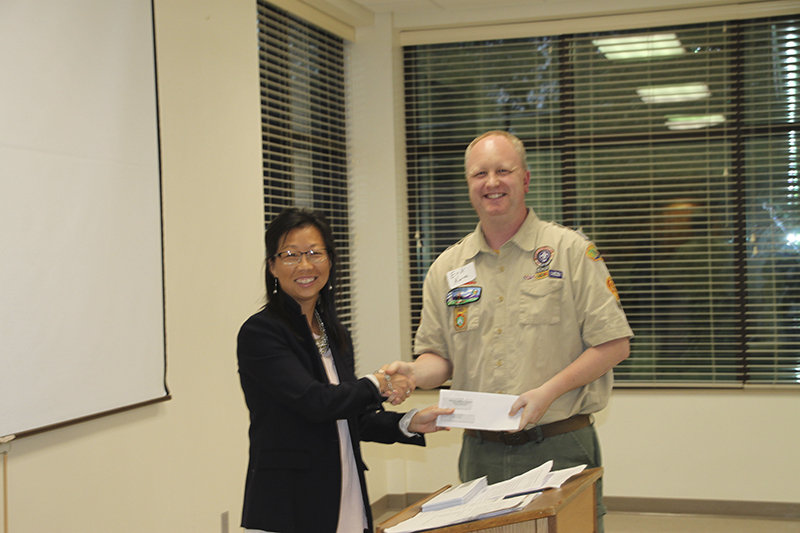 Project: Camps and other programming

Report: A Boy Scout takes many things on a campout: a pocket knife, sleeping bag, flashlight, tent and more. A scout brings home from the campout new skills, confidence, a renewed sense of purpose, kindness, commitment to God and country, honesty and more, according to a press release.

The Boy Scouts of America uses camping as a mechanism to instill values in the lives of young people. The grant that was received from the Freeborn County Communities Foundation helps allow resources to be provided to put on the first daycamp in Alden for children and their parents in Freeborn County and the surrounding area to teach new skills and provide opportunities for youth to try new things. Scouts were taught about nature, shot slingshots and archery, learned to tie knots and more. One scout mentioned it was the first time he ever made a s’more and said he was excited.

The grant helped begin a second Cub Scouts pack in Albert Lea to adequately serve the growing number of families interested in getting their child into scouting, including the opportunity to allow girls to participate in Cub Scouts for the first time. Twenty-nine new youth joined scouting during fall 2018.

Scouting for Food is one of the organization’s biggest services and has been a staple in scouting for decades, according to the press release. It helps food pantries during March since they get money to purchase additional food to match what was collected. Scouts also spread the word through local media, information in grocery stores and information in businesses. Then, a week later, Scouts go out, home to home, picking up the food donations. Even though the weather wasn’t the best when the food was picked up, which caused a less-than-normal collection, 1,900 pounds of food was collected and donated.