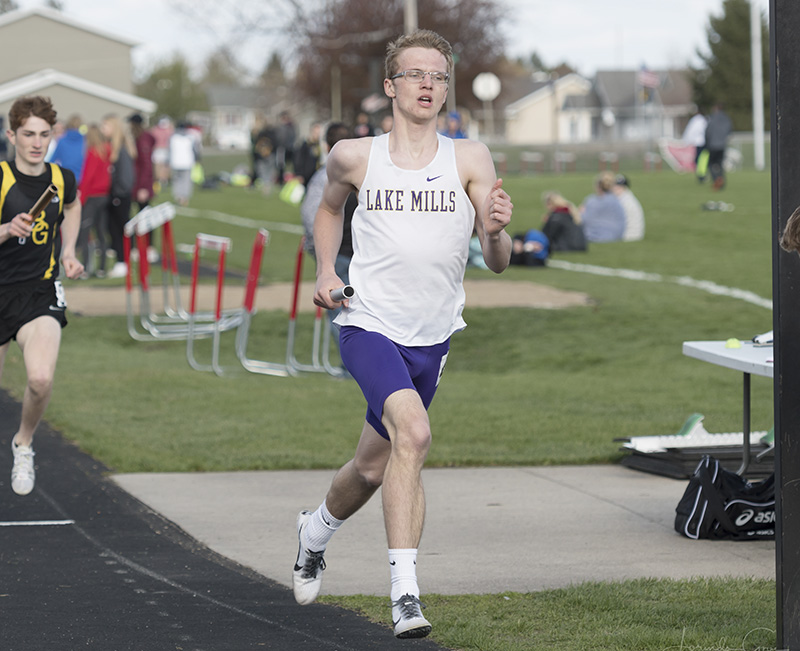 The boys’ team crushed all competition, taking first place in an impressive 12 events and taking second in four more to win the meet with 182.5 points, 67.5 more points than the second-place finisher. The girls had their most impressive showing of the season at the right time, finishing the meet in third place with 74 points.

It was business as usual for the Lake Mills boys’ team, continuing the dominance they have shown through most of the season. The Bulldogs took first place in six individual events. Junior Logan Prescott won both the 100-meter dash and the 200-meter dash with times of 11.49 and 23.41, respectively. Senior Tommy Kaktis also won two events, taking home the top spot in the 400-meter dash and 400-meter hurdles. Kaktis won the open with a time of 52.07 and only added five seconds to his time with hurdles in the way, 57.95. Junior Mason Fritz won the 800-meter run with a time of 2:05.69 and junior Carson Rygh won the 3,200-meter run with a time of 10:40.43.

Both the boys’ and girls’ teams will be back in action Thursday when they compete at the district meet in Garner for a chance to go to the state meet.