On Sunday, May 12, 2019, the family of Philip William Henry lost a beautiful soul. He passed away peacefully, surrounded by his family at Three Links Care Center in Northfield. He was 80 years old. 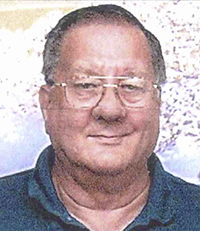 Funeral services will be at 1 p.m. Monday at Starkson & Steffel Funeral & Cremation Service McRaith Chapel of Waseca. Interment will be in Woodville Cemetery with military honors provided by the Waseca American Legion and Veterans of Foreign Wars. Visitation will be for two hours prior to the service at the funeral chapel Monday. Memorials are preferred to St. Croix Hospice, Three Links Care Center or the donor’s choice.

Philip was the fifth child born to Mabel and Philip Henry Sr. on Dec. 3, 1938, in Albert Lea. He grew up with six sisters and two brothers, and loved to tell stories of his childhood and how much fun he had growing up with them.

He graduated from Albert Lea High School in 1957. In 1959, while he and his buddy were cruising around downtown Waseca, he met Arla Enderson. He initially gave her a fake name. Once Philip’s father found out and scolded him, Philip told her his real name and they began dating. It wasn’t long before they were engaged. They married Oct. 29, 1960, at Grace Lutheran Church in Waseca. He was an exceptionally loyal and loving husband for nearly 59 years.

Philip served in the military from 1961 to 1963. He spoke highly of the time he spent stationed in Hawaii and visiting Thailand. When he returned from the military he began his career at Brown Printing, which lasted 35 years.

He enjoyed friendships with many co-workers and always spoke of them fondly. As a father, he worked long hours, yet always came home with a smile, happy to see his family and ready to spend time with them. He never complained or made them feel like a burden. Family was everything to him and he made sure they knew it. He was adventurous and fun, always planning a vacation or a day trip somewhere. He was funny, warm, genuinely kind and selfless. Whether he knew a person well or not, he was always willing to help someone out whenever he could.

“He will be missed every day for the rest of our lives. It’s difficult to let go of someone who loved everyone so much. To those of you who loved him, too, we thank you with all our hearts. He deserved to be loved by everyone,” his family said.

His children thank him for all of the wonderful memories and promise to continue to honor his memory by living the way he always did — selflessly and with a kind heart.

A memorial service for Connie Bergland will be at 11 a.m. Saturday at Bonnerup Funeral Service in Albert Lea. The... read more