Al Batt: June brings with it earliest sunrise and latest sunset of the year 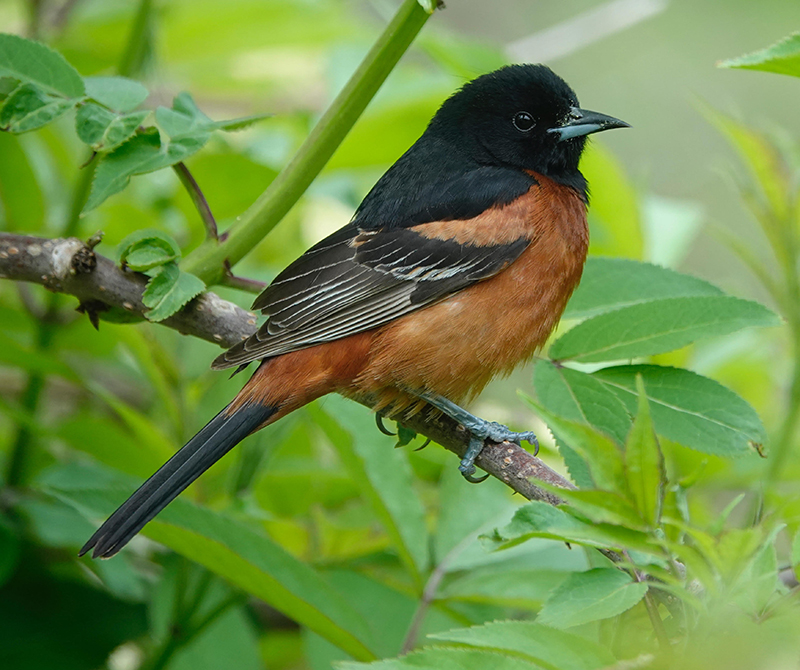 “Everything is nearly copacetic. I’ve been walking a mile each day. That may not seem like much, but it means I’m doing more than a marathon each month. Yay me.”

I walked between stops at blooming flowers. I thought they would never blossom, but they did. I need to maintain the faith of the flowers. A multitude of loud motorcycles motored by. Once they had gone past, I heard the snort of a deer. A doe had been spooked from its hiding place. The deer forcibly expelled air through its nostrils. It does this when it detects danger. I watched a flock of Canada geese flying north. I see them on this molt migration during late May and early June each year. The geese, too young to mate or without goslings, fly northward to safe places where they undergo an eclipse molt that includes the loss of flight feathers, which grounds the birds for four or five weeks.

“I saw mallards in temporary wetland in a field. Why were they all drakes?” It’s because the hens are incubating eggs. The males offer no assistance to their mates.

“Why shouldn’t I use red dye in hummingbird nectar?” I’m not sure there is solid research proving that red dye is harmful to hummingbirds, but hummingbird feeders have red parts that attract the birds, so red dye is unnecessary and potentially harmful pending ongoing studies. If your feeder has no red color, tie a red ribbon to it. Four parts water to one part white sugar makes a suitable homemade nectar.

“How fast can a rabbit run?” The eastern cottontail can run at speeds around 20 mph. Each year about 80 percent of Minnesota’s cottontail population dies from weather, predators or disease. The remaining 20 percent repopulate the state. Rabbits feed on the young leaves of the milkweeds growing in our yard. That behavior is very un-Easter Bunny-like. But then E.B., that’s what his friends call him, is the most famous rabbit.

Rosemary Ludowese writes that there were so many birds in her yard and wondered why. I spend a lot of time at airports. When bad weather hits, people mill around the airport, eating and waiting for the weather gods to smile upon them so they could fly again. I think birds were under the same conditions this spring.

“How much does weather affect insect numbers?” What impacts insect populations isn’t so much how cold winter gets, but spring’s nastiness. Some migrate, but most insects overwinter as eggs, larvae, pupae or adults in microhabitats. If the temperature warms early, insects get a fast start. If cold temperatures persevere into spring, insects miss some population cycles.

I birded the preserve at the end of Oregon Street in Albert Lea. The birding was good, it always is. It was so good, I was five minutes late getting to an Audubon meeting. Albert Lea Audubon began in 1948. Charter members were: Clayton Wulff, Mrs. Chauncy Carlson, Millicent Kelts, Mr. & Mrs. Frank Barlow, Mrs. Charles Vanderberge, Mr. & Mrs. M. Emanuel, Vankirk Carlson, George Palmer, Maude Koevening and Charles Flugum. Olive Johnson joined soon after. In 1987, the Joyce Petersen estate bequeathed a 10-acre former apple orchard to Albert Lea Audubon. Audubon purchased six lots to add to the Preserve in 1989. Members of the initial Preserve committee were: Skipper Berg, Mary Ann Dixon, Dorothy Wedge, Bill and Arlene Bryson, and Arne Aakre. Take a walk at the Preserve. No charge. You’ll be amazed at what you’ll see.

Please join me for some nature talk every Tuesday at 10 a.m. on KMSU radio, 89.7 on the FM dial in Mankato or 91.3 in Austin — also heard on the TuneIn app. Past shows are available at soundcloud.com/kmsu.

“The place to observe nature is where you are; the walk to take today is the walk you took yesterday. You will not find just the same things: both the observed and the observer have changed.” — John Burroughs

“Difficult times have helped me to understand better than before how infinitely rich and beautiful life is in every way, and that so many things that one goes worrying about are of no importance whatsoever.” — Isak Dinesen