‘Stopping and smelling the roses’ for a good cause 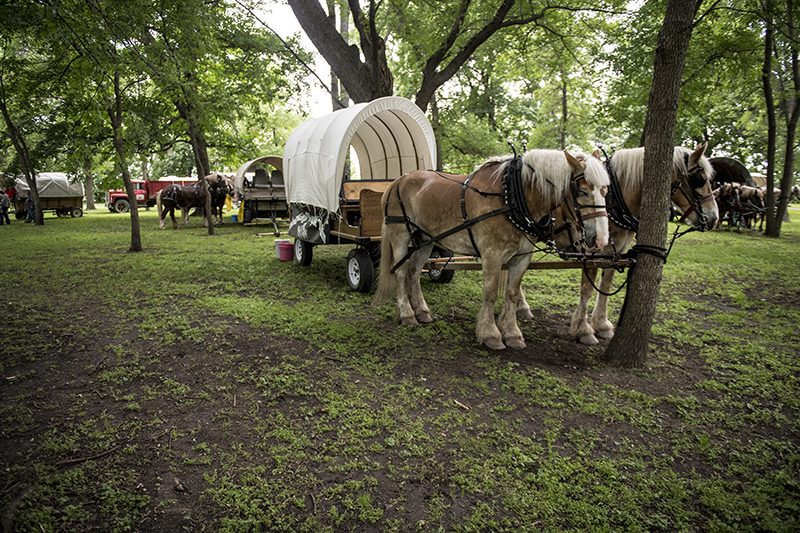 Those participating in the Friendship Wagon Train stopped at Arrowhead Park for lunch and to get a reprieve from the rain Thursday. -Colleen Harrison/Albert Lea Tribune

From first glance, it looks like a scene out of a history book: a wagon train traveling across the Plains.

But there’s much more to the story.

This group of covered wagons, known as the Friendship Wagon Train, is made up of a group of volunteers raising money for Minnesota Special Olympics.

In its 31st year, the Friendship Wagon Train takes a different route each year. This year, it started in Northfield and in the last week worked its way through Faribault, Morristown, Waseca, New Richland, Freeborn and Alden and ended at Farming of Yesteryear near Kiester on Friday.

Monica Davis, assistant to the wagon master, estimated between 100 and 125 people from all over the country participated during the course of the week, traveling a total of 116 miles in covered wagons, pulled by horses and mules.

The group — which had participants from states such as Louisiana, Alabama, Kentucky, Tennessee, Georgia, Wisconsin, Iowa, Minnesota and South Dakota — started out each day around 8 or 8:30 a.m. and traveled 16 to 20 miles each day, wrapping up for the night before rush hour, Davis said. Participants stopped at various churches and other community organizations for meals and rode rain or shine.

Davis said the weather overall has been good for the horses this year. There were a few rainy days at the start, followed by some hot and sunny days. Thursday ended up being rainy again. 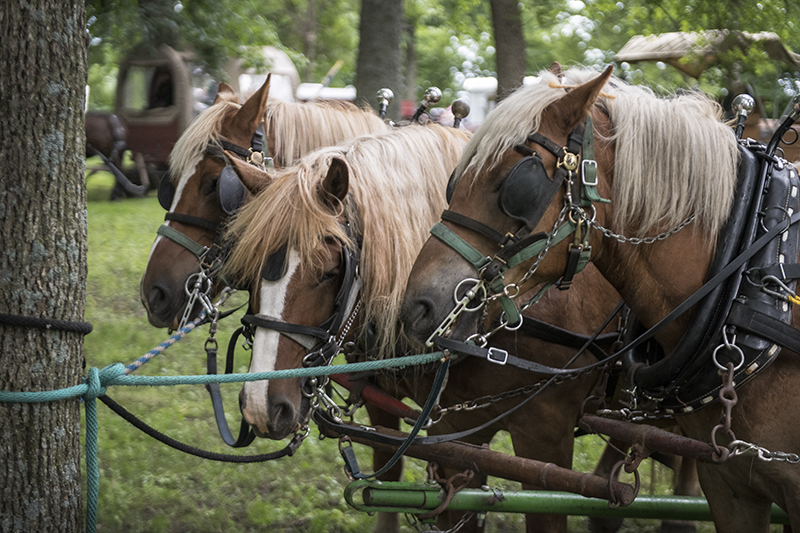 The group of covered wagons, known as the Friendship Wagon Train, is made up of a group of volunteers raising money for Minnesota Special Olympics. – Colleen Harrison/Albert Lea Tribune

Over the years, the event has raised money for special needs camps such as Camp Courage and Camp Winnebago and more recently switched its focus toward Special Olympics after Camp Winnebago closed.

In addition to the fundraising, she said the event has been an opportunity for many to make and strengthen friendships.

Wallace Turner of Tifton, Georgia, said he met his wife, Sabrina Turner, who lived in Alabama at the time, through the Friendship Wagon Train. They have participated since 2004 and 2005.

He said the participants of the ride become like family, and it gives them a chance to slow down their lives.

“Riding these horses is like stopping and smelling the roses,” Wallace Turner said. “We just love it.”

In addition to the friendships he has formed, Turner said he is amazed at how volunteers in the various communities they ride through work together to help with their effort by cooking meals.

Josey Turner, 10, said she enjoys getting to see her friends each year during the event.

She said she is inspired by a child in her class with special needs and is proud to raise money for Special Olympics.

Donations for the effort will be accepted through the end of July. Checks can be made out to Special Olympics and mailed to John Davis, 10106 60th St. SW, Byron, MN, 55920. 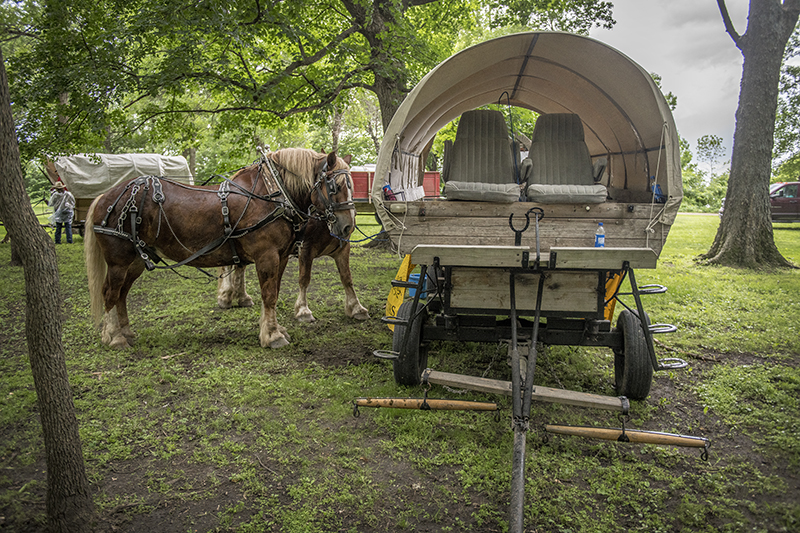 This year, the Friendship Wagon Train started in Northfield and in the last week worked its way through Faribault, Morristown, Waseca, New Richland, Freeborn and Alden and ended at Farming of Yesteryear near Kiester on Friday. – Colleen Harrison/Albert Lea Tribune