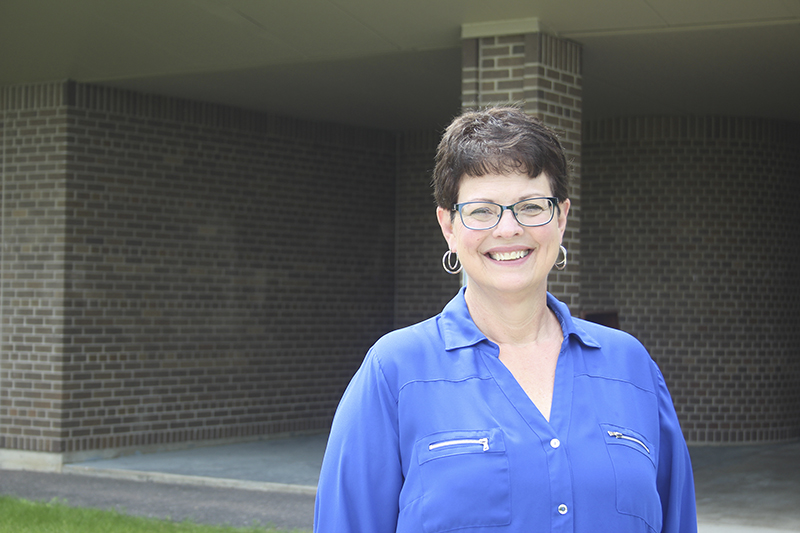 It’s Jennifer Walsh’s first day on the job Monday, and though most of her office is empty, the first few pieces of St. Louis Cardinals memorabilia is already in place.

The new executive director of finance and operations for Albert Lea Area Schools grew up there, she said, and Walsh loves sports. Before she made the move to school finance, she was a co-host on a weekly sports radio show, did play-by-play for the varsity baseball team and color commentary for the boys’ varsity basketball team in her community.

Most recently, Walsh was director of finance and operations with Faribault Public Schools.

“I really anticipated that that would be my last job in school finance — never considering that Lori might leave, and then she did and (Superintendent Mike Funk) gave me a call,” Walsh said.

She was with Faribault for one year before former Deputy Superintendent and Executive Director of Finance and Operations Lori Volz left for a similar job with Austin Public Schools.

She struggled with leaving Faribault, but Walsh, who lives just north of Clarks Grove, said it was appealing to work in the district she lived in.

“Sometimes you just get a feeling about things,” Walsh said. “I just have a feeling this is going to be a really great fit. I’m so excited to get started.”

Walsh said she is looking forward to getting involved in the community and getting to know district staff. Prior to Faribault, Walsh worked as business manager and then director of finance and operations for Byron Public Schools, where she worked for almost 11 years, and she loved that her job meant she knew everyone in the district, she said.

Even though districts can be very different financially, they are set up the same way financially, Walsh said.

“Really, moving from district to district and being able to understand where a district is financially is not very difficult,” she said.

She has seen several: in addition to Byron and Faribault, Walsh worked for less than a year in the Waterville-Elysian-Morristown School District and for two years in Owatonna Public Schools, where she started as an accounting clerk who expressed interest in preparing for a larger role.

“They were very instrumental in giving me opportunities to do that,” Walsh said.

But Walsh’s first experience with district finance came on the finance committee of a local school district while living in Cook County on the Gunflint Trail.

It was during these years that, in addition to her sports radio, play-by-play and commentary work, Walsh was the general manager of Gunflint Lodge. After 25 years living on Gunflint Trail and after ownership of the resort changed, it was a good time to make a change. She was interested in K-12 education, but did not have the education — or interest — to be a teacher.

She did have a degree in business.

Now, she has an office at Brookside Education Center and a growing corner of sports memorabilia.

“I will take great pride in making sure that the district continues to stay financially … where it needs to be,” Walsh said.