Leonard Alvin Herth, 73, died at his home in Georgia while under hospice care after a long battle with cancer. Family is invited to attend a celebration of Leonard’s life at 11 a.m. Saturday at Faith Lutheran Church in London. The Rev. Kent Otterman will officiate. 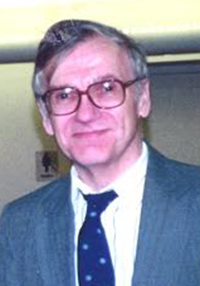 Leonard’s younger years were spent on a farm in the Emmons area, which led to his love of animals. Immediately after high school he joined the Army, and while serving received medals in marksman M-1 rifle and sharpshooter M-1 carbine. After serving in the armed forces he completed school in computer technology and spent his working years as a computer technician. His family roots were deep in the Norwegian culture, so he had a particular love for lefsa.  After moving to Georgia he would travel far and wide to locate this special treat.

He married the love of his life, Kaye, on June 19, 1971. Len and Kaye spent their honeymoon pup tent camping across Canada and the northern states in the USA. This began their love of traveling, which included visiting almost every national park in the USA. A special love was visiting waterfalls, and he was determined to view all the waterfalls in Minnesota, upstate South Carolina and north Georgia.

Family meant the world to him. He was so thrilled when he and Kaye welcomed their adopted daughter, Wendy, at age 2 from Korea. This was followed a few years later with the birth of their son, Randy, and many years later their granddaughter, Kiersten, and grandson, Scott.

Leonard’s passion was flower gardening. He spent hours tending and nurturing the garden. A second passion of his was making soft oatmeal raisin cookies, which he readily shared with others. You could also find him cheering for the Minnesota Vikings and Minnesota Twins teams. The family made several moves over the years due to jobs, but his loyalty remained to his Minnesota teams.

He is survived by his wife, Kaye; his son, Randy, and daughter-in-law, Melissa, and their two children; his daughter, Wendy, and her spouse, Tammy; brother-in-law, Larry, and his wife, Donnarae; sister-in-law, Nancy; and many loving nieces, nephews and cousins.

He was preceded in death by his parents Alvin and Irene Herth; sister, Sharon, and her toddler son, Kalvin; and brother-in-law, Kenneth.

He was a quiet, gentle soul who always had a smile on his face and a willingness to help anyone in any way. He will be deeply missed. In lieu of flowers, contributions may be made to the Ronald McDonald House in Rochester specifying Leonard’s garden/flower spot or to the donor’s favorite charity.