Level 3 offender to be released from prison to Albert Lea

A high-risk predatory offender is expected to move back to Albert Lea Monday after being released from prison, according to the Albert Lea Police Department. 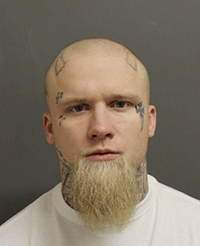 Cody Trott, 29, is slated to live on the 1600 block of Southeast Broadway Avenue.

Trott was in prison after pleading guilty to a charge of felony threats of violence tied to a domestic incident in January 2018 where he reportedly strangled a woman and threatened to kill her.

Trott has lived in the community off and on since 2011 after being released from prison for a criminal sexual conduct conviction in Carver County.

He is classified as a Level 3 predatory offender, an offender who is most likely to reoffend.

He has also had convictions for fourth-degree damage to property and second-degree burglary in Carver County; and escaping from custody, trespassing and domestic abuse no contact order violations in Freeborn County.