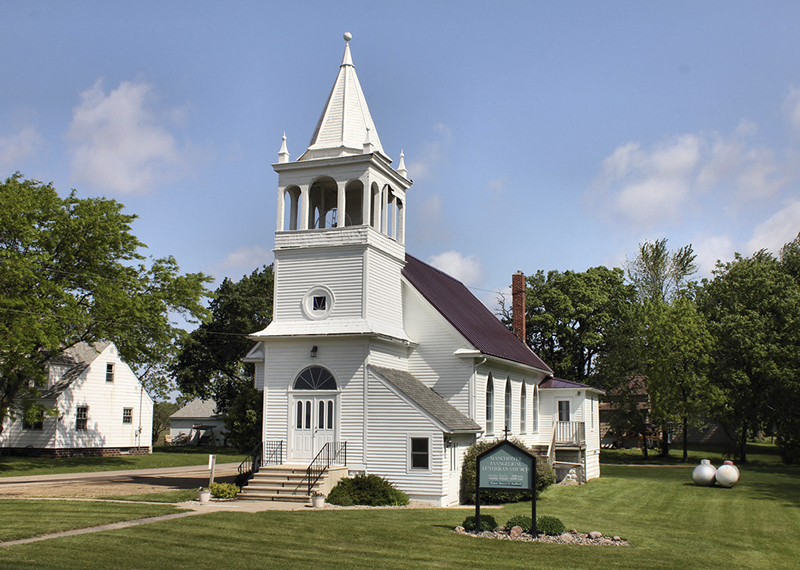 The original steeple of Manchester Evangelical Lutheran Church was built during the church’s construction in 1916. The red and blue stained-glass window was added at a later date. - Tribune file photo

MANCHESTER — Just because a decision is right, doesn’t make it easy.

The Rev. Shawn Stafford, pastor of Manchester Evangelical Lutheran Church, said this was the case when it came to replacing the steeple on the church.

“It became extremely weathered and it was not safe to go inside to just redo the wood, so we redesigned it,” Stafford said of the ornate bell tower, which had graced the church since it was constructed in 1916.

The fate of the arched steeple was discussed for years when the church board ultimately decided to remove the original steeple and replace it with a more enclosed rebuild to save the integrity of the building below.

To complete the feat, Staloch Construction detached the original steeple from the roof and lowered it to the ground. Its replacement was then built on the ground and hoisted into position. 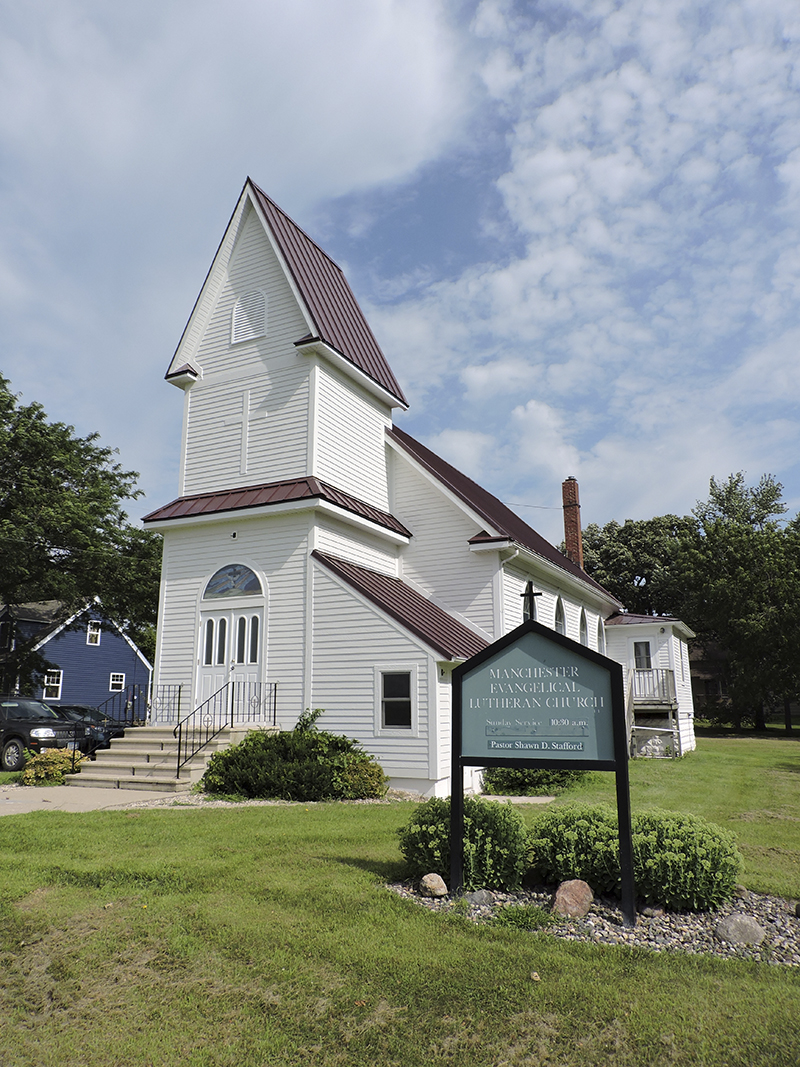 The enclosed belltower at Manchester Evangelical Lutheran Church includes a louvered opening which will help protect the structure from the elements. – Kelly Wassenberg/Albert Lea Tribune

The project, according to   Stafford, cost about $30,000, which was covered by estates left to the church and generous donations from its 45-member congregation.

“As small as our congregation is, all the members well support the church,” Stafford said. “They are all very generous.”

Many members of the church also donated their time and talents to the project, including Al Lebeck and Richard and Pat Wood.

Lebeck, a lifetime member of the church, added insulation between the walls and siding of the church with the help of a friend. He also mows and does snow removal for the church.

The Woods created a stained-glass window for the church, which now rests above its doors. While the project took them months to design and create, the window waited in storage for years until it was installed as part of the project.

Stafford is quite happy with the results.

“When we did the project with the tower, we still wanted it to match the architecture of the rest of the building, and I think they’ve did a good job of that,” he said. 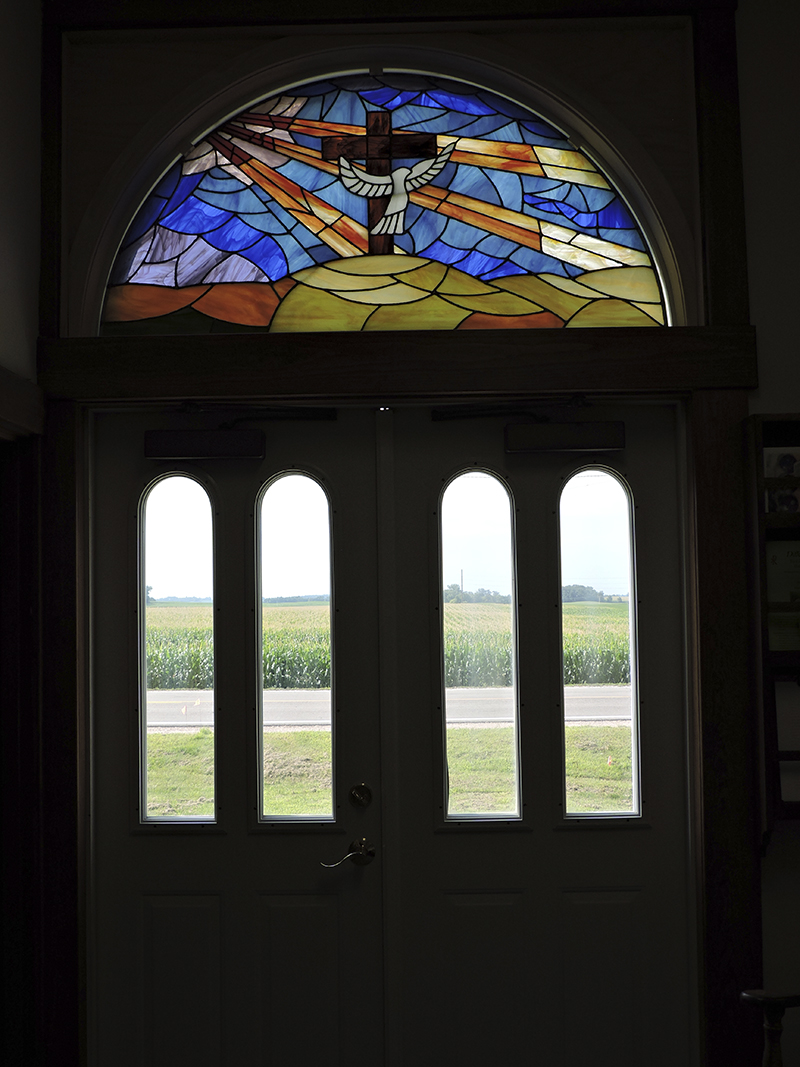 Richard and Pat Wood, both members of the church, made the stained glass window which now rests above the church doors. – Kelly Wassenberg/Albert Lea Tribune