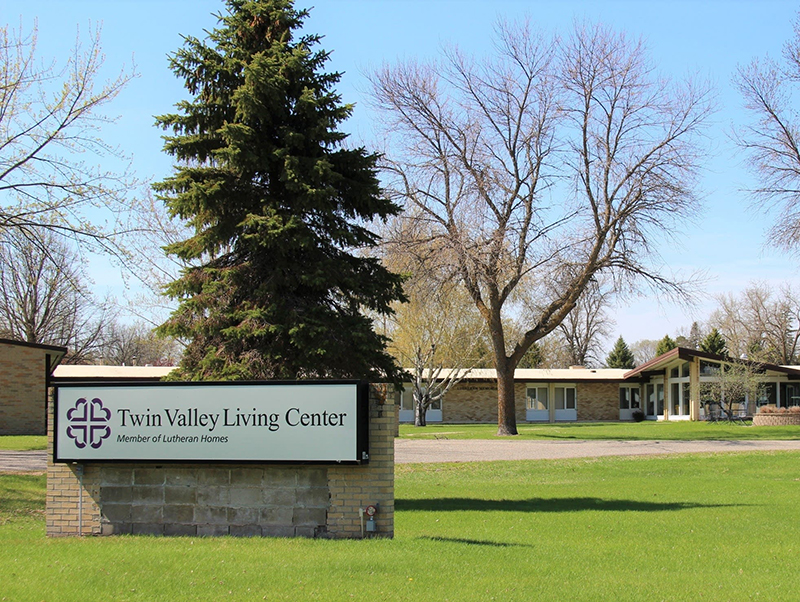 Pictured is the sign outside of the now closed Twin Valley Living Center in Twin Valley. The home closed last November for financial reasons. The home is one of more than two dozen rural nursing homes to close in the state since 2007. The building is now up for sale. - Peter Cox/MPR News

When Karen Olson’s mother was in her mid-80s, her dementia was getting worse. Her physical health was also declining. She needed around-the-clock care, which was more than the family could provide her at home. So, Olson said the family reluctantly decided to move her to the Twin Valley Living Center, the nearby nursing home.

“They helped us through this process, because when you put a loved one in a nursing home, it’s a horrible feeling. You feel so guilty,” Olson said. “They were there for us.”

Olson, who works just a few blocks from the nursing home, remembers her daily visits there, and how close the family grew to the staff as her mother’s needs grew.

“My husband and I know a lot of the workers there. My husband being a business owner, he delivered milk there every day. So we knew a lot of the people, and it became home, became our family,” she said.

Then, last September, the Twin Valley Living Center announced it would close in November. Olson was devastated. Her mother had been there about 4 1/2 years.

The family had two months to find a new facility. Eventually they moved her mother to a nursing home 20 miles from home. It was a solution, but not a relief.

“It was almost like we were mourning the loss, because it wasn’t just that we had to move her. We had to leave everybody here,” Olson said.

Nursing homes are hard and expensive to run

Over the last two decades, nursing homes around Minnesota have been closing. And it has hit rural Minnesotans especially hard. According to data from Care Providers of Minnesota, of the 41 Minnesota nursing homes that have closed since 2007, 31 have been in rural towns.

“It’s never something you want to go through and to see the effects it had on them and the community. It was heartbreaking,” said Angie Nelson, executive director of Lutheran Homes, which ran the Twin Valley Living Center.

She said the home struggled to fill beds. Only about 70 percent were occupied when it closed, she said. Tax records show the home had net losses in three years between 2010 and 2017.

“It financially couldn’t do it,” she said.

Nursing homes are expensive to run. They are highly regulated. Qualified staffing is tough to find and hard to keep. Meanwhile, the state has been pushing to help older adults age in their homes, rather than in nursing homes, which can cost thousands of dollars a month. And, polls have shown, most seniors would like to age and be cared for in their homes.

Nursing homes used to be the place where people lived in their senior years. Now they serve people who depend on round-the-clock care.

There’s been an added layer of financial pressure on rural nursing homes, which for years endured lower state Medicaid payments than metro facilities. 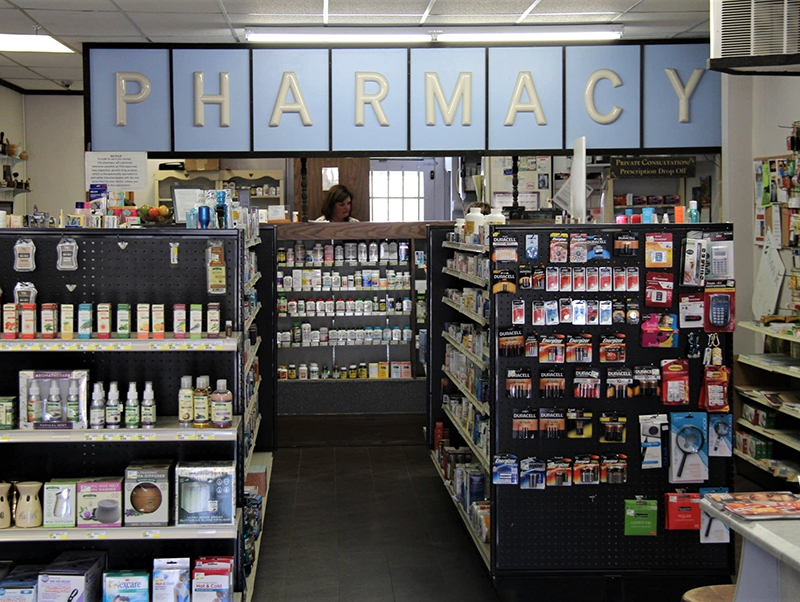 Pictures is the counter at Twin Valley Pharmacy in downtown Twin Valley. The store, owned by Nicole Kruger, saw a drop in sales when Twin Valley Living Center closed last November. Kruger said she has picked up some of that business by partnering with other nursing homes in neighboring towns. – Peter Cox/MPR News

DFL state Sen. Kent Eken, a fifth-generation resident of Twin Valley, could see the pressures on his hometown nursing home.

“I felt it early on when I first started serving in the Legislature and when I first saw dad go into the nursing home, and started to see firsthand that some of the struggles that our nursing homes were going through,” he said.

In the Legislature, Eken worked for years to boost state payments to rural homes.

“I was always concerned that we would end up seeing closures if something wasn’t done quickly or soon,” he said.

“But it wasn’t soon enough for many, and that included my hometown,” Eken said, noting Twin Valley Living Center’s closure.

A home for the elderly and a mainstay for local businesses

A nursing home can play an outsized role in a town like Twin Valley, with a population of 783 people. The residence was one of the biggest employers in town. Fifty-eight people worked there.

When the nursing home closed, it was tough for the whole town, not just families and staff, said Mayor Ben Fall.

He and Eken are hoping for something to move into the building to take the place of the nursing home, and have pitched having a veterans home open there.

The closure has Fall worried about Twin Valley’s future.

The heart of downtown Twin Valley is a single block of Main Avenue. Signs still hang outside businesses that have shut down — a bar, a restaurant, a bowling alley.

But a handful of stores still pull in customers from the area.

In the Twin Valley Pharmacy, owner Nicole Kruger stands behind the counter, filling a prescription. She grew up in Twin Valley, and returned to the town with her husband when he retired from the Navy. They bought the business four years ago.

“When the nursing home closed I lost about 20 percent of my business, I would say, so it was a big hit,” she said.

Kruger made up some lost ground by partnering with nursing homes in other towns. But the pain was more than financial. Kruger used to make daily deliveries to the Twin Valley Living Center, and felt close to many of the residents and employees.

“When you have those relationships where you’ve known them since you were a kid, and then you get to take care of them a little bit as you get older — I know that’s how I feel being here at the pharmacy. It just strengthens the community and makes it more like a family,” she said, her voice choking with emotion. “I love taking care of these people.”

Across the street from Kruger’s pharmacy is Buckle’s Hardware, which sells tools, toys, appliances and even rents cross country skis. Dan Buckle and his wife, Sharon, have run the place for 35 years. And for them, too, the nursing home was a reliable source of business.

“They were in every day, it almost seemed like,” he said. “There was always something they needed. They were fixing things. They had an account here.”

Buckle said the maintenance workers from the Twin Valley Living Center would spend between $500 and $1,500 a month at his store for upkeep around the building.

Some of them have gone on to work at other nursing homes or companies in nearby towns, and have tried to bring their business to Buckle’s.

“I’m not going to make it sound like it’s the end of the world, but it hurt, it’s just that count isn’t there, you know?” he said. “And so there’s a little bit of loss and like I’ve said we’ve picked up some from some of these guys that work in Ulen … but it’s not the same as it was — a lot less that we have to get by with.”

Karen Olson, whose mother had to move nursing homes, was happy with her mother’s experience at the new place, even though it was farther away. Olson felt the care and the staff were on a par with Twin Valley.

“Unfortunately it only lasted for three months, because she did pass away,” Olson said. “And, like they said, that’s very common in a person with dementia, moving them.”

She’s mourning her mother, but she said also misses the community at the nursing home, which felt like extended family.

“It’s tough and it’s tough to drive by there every day and see the building empty,” she said.