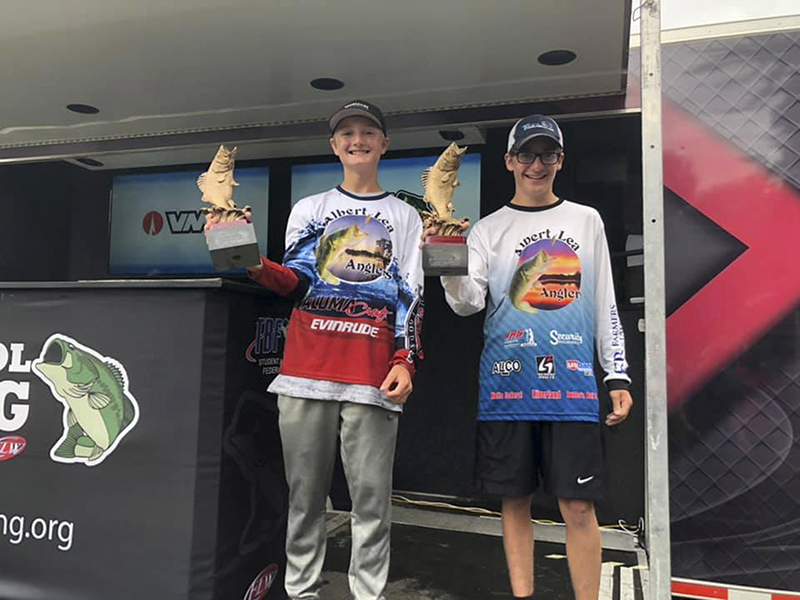 Will Utpedal and Caden Stevens stand with their trophies after taking first place in the Student Angler Federation Minnesota State High School Championship. Their total was 17 pounds, 15 ounces with a limit of five bass. - Provided

On Aug. 10, the two teams of Caden Stevens and Will Utpadel and Ian Latham and Jaeger Larson competed on pool four of the Mississippi River in Red Wing for the Student Angler Federation Minnesota State High School Championship.

To qualify for the national championship, the teams had to place in the top four teams out of the 38 that participated in the event.

Not only did Stevens and Utpadel place in the top four, they won the tournament outright — taking home the first-place trophies. With a limit of five bass, the duo combined for a whopping 17 pounds, 15 ounces — more than 4 pounds over the second-place finishers.

Stevens, who has been fishing for about 10 years, said winning first place is his favorite fishing memory. 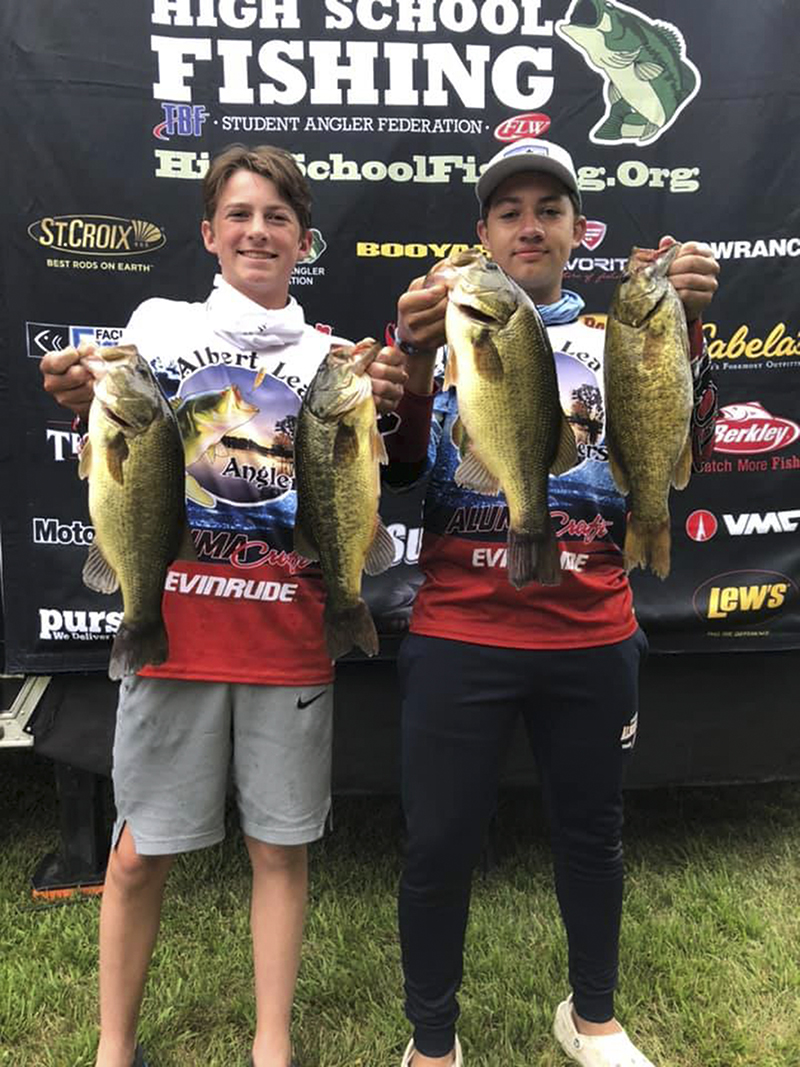 “It is amazing to be able to represent the Anglers, being that we haven’t been around that long and have a lot of younger kids,” Stevens said. “My goal for the national tournament is to place in the top 50 because there are going to be a lot of boats. Top 50 would be awesome.”

Stevens’ partner, Utpadel, has also been fishing for around 10 years, and said he is proud to be representing Albert Lea in the tournament.

“I am very excited to represent my team and Albert Lea as a whole,” Utpadel said. “Everyone’s goal should always be to win, but I just want to do the best I can and have fun,”

The team of Larson and Latham finished the state championship with a total of 13 pounds, 6 ounces and in fourth place. They qualified for the national championship with just three more ounces than the fifth-place team.

Latham said his dream is to become a professional bass fisherman and his goal for the national championship is to finish in the top 10% of teams.

The national tournament will take place in summer 2020 in La Crosse, Wisconsin.

The boys also competed Sunday in the Student Angler Tournament Trail competition against 101 other teams. Stevens and Utpadel came in sixth place overall, while Larson and Latham came in 10th place. Finishing in the top 10 teams, both duos were invited to the Student Angler Tournament Trail Championship, which will be Sunday and Monday on Lake Vermillion.