Al Batt: Burning bush could be another victim of recent long, hard winter 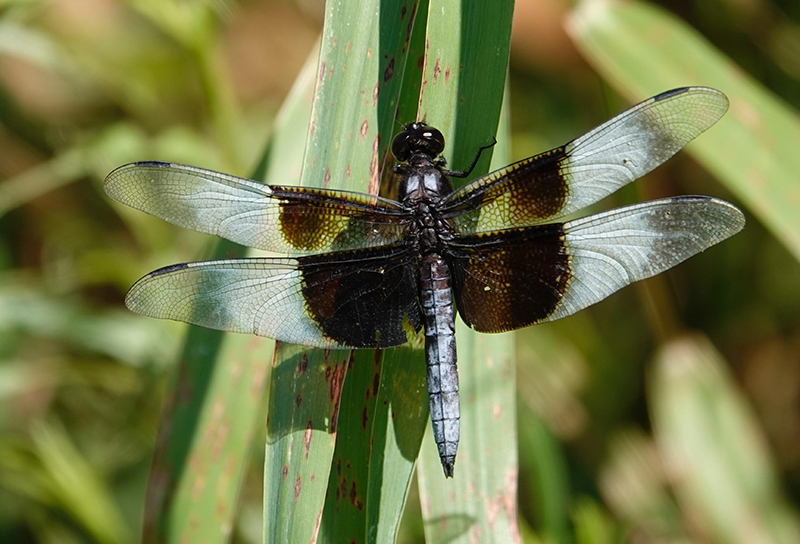 The species name of the widow skimmer dragonfly means sorrowful as its wings seem to be draped in mourning crepe. Kelly Wassenberg/Albert Lea Tribune

“Everything is nearly copacetic. It’s so windy, I had to screw my cap on to keep it from blowing away. I went to Pilates yesterday. I thought it was a Mexican restaurant. It was all exercise. I thought the workout was to work up an appetite, but there was no food involved. I plan on doing nothing today to make up for all that exertion. Why do nothing? I believe in setting achievable goals.”

I walked in a fog. It wasn’t my usual brain fog. It was an August early morning fog. Folklore says that for every fog in August, there will be a snowfall the following winter. An inchworm or looper (a small caterpillar), measured me for a new suit. I watched ants move about. The ground that was their roof was my floor.

Curly dock was evident on roadsides. Its seeds were a rich brown, like coffee. Underfoot, pineapple weed bloomed. The flowers are dome-shaped and a yellowy greenish color. Its name comes from the pineapple-like smell of its crushed leaves and flowers. It’s a persistent plant that thrives in poor conditions such as the edges of a driveway.

A dead tree, hollow and with broken limbs, stood in stark contrast with the green leaves of the trees that surrounded it. White-breasted nuthatches made their odd sounds as they traveled on its bark in the pursuit of food. The male has a black cap and the female’s cap is grayer. I saw a male American goldfinch flying high in circles or figure eights. It’s the state bird of Iowa, New Jersey and Washington.

A drive into the deep darkness brought a coyote into my headlights. It was dragging a bit of roadkill. I enjoy seeing coyotes as they do good work removing carcasses from roads. Deer are much more dangerous than coyotes. According to the U.S. Centers for Disease Control and Prevention, 200 people die in vehicle/deer collisions annually. 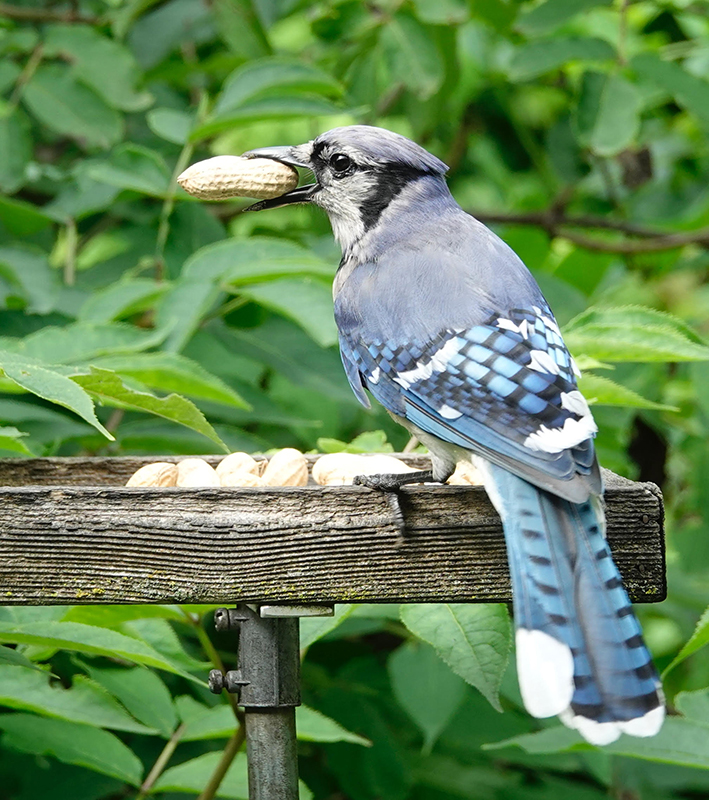 “I fear my burning bush has died. What could have happened to it?” Burning bush or winged euonymus shrubs were some that experienced injury from our long winter. A hard frost when bushes are coming out of dormancy can cause death or dieback. The most common frost injury occurs in early spring or late fall. The plant could have suffered damage from voles or rabbits. I hope your plant recovers.

“I’d like to see a vulture up close. How can I do that?” First, roll on a dead raccoon. Then, when you see a turkey vulture flying overhead, go limp.

“I heard you mention allopreening on the radio. What does that mean?” That’s when one bird preens or grooms the skin or feathers of another bird.

“How can I stop a Cooper’s hawk from hunting birds at my feeders?” A Cooper’s hawk doesn’t always make a good first impression. Hawks that feed on birds take the term “birdfeeder” at face value. If you want to discourage the hawk, take your feeders down for a bit. Birds often face fluctuating food supplies, so they are accustomed to searching for food. They are good at finding food in other places. Put the feeders back up in a week or two. The songbirds will return, but the hawk might have found better hunting elsewhere. Studies have found 10 to 12% of a Cooper’s hawk’s hunts are successful. Providing natural cover for small birds could help. Eliminate ground feeding. Birds feeding on the ground are more vulnerable to hawk attacks. Caged feeders might offer some protection.

“I’ve seen two red-bellied woodpeckers that have no red on their heads. Are they juveniles?” The juveniles resemble adults, but are duller in overall color, the red nape patches are lacking and they have brownish bills opposed to the black bills of adults.

Gary Borchardt of Oelwein and Paul Schwab of Owatonna sent me photos of birds for identification. They were chukars. Chukars from Pakistan were released in this country as game birds, but they were unsuccessful. The birds we see are birds reared for hunting purposes that have escaped.

Things to look for:

1. Yellowjackets attend picnics without being invited.

4. Tinges of fall colors on foliage.

5. Most Baltimore orioles will have left by the end of the first week of September.

6. Insects are drawn to goldenrods, asters and sunflowers.

“A bad word from a colleague can darken a whole day. We need encouragement a lot more than we admit, even to ourselves.” — Orson Welles