Al Batt: Looking for a culprit for your hay fever? Don’t blame goldenrod 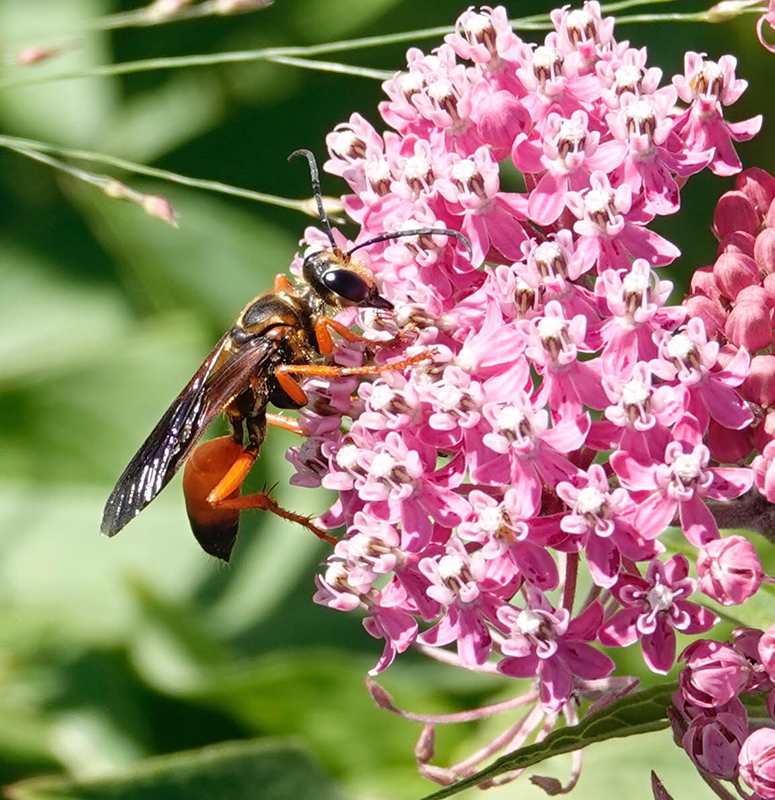 “Everything is nearly copacetic. I stopped at one of those

dollar stores to pick up a pair of socks. My other pair had worn out and a dollar store is in my financial wheelhouse. I bought a Smokey the Bear flyswatter there. I’ll use it when I walk in the woods. It says, ‘Only you can prevent forest flies.’ I did a triathlon.”

“You? When and where did you do a triathlon?” I say.

“Well, if you add up everything I’ve ever done in my life, it adds up to one triathlon.”

I heard the croaking calls of a yellow-billed cuckoo at the edge of the farmyard at 10:30 Friday morning. If my father were still around to hear it, he’d have declared the primal sound of the “rain crow” to have predicted rain. It rained at 5:30 Monday afternoon. Apparently, a rain crow gives a 5-day forecast.

A blue jay flew into a feeder holding peanuts in their shells. The jay picked up a number of peanuts and put them back down as it searched for the perfect goober. Finally finding one with the weight that indicated good eating inside, the bird flew off with it.

Painted lady butterflies were numerous and fluttering low across the highway. Many were hit by vehicles. I made a stop, pulling into a parking lot filled with automobiles. Before I got out of my car, I watched as house sparrows flew in and picked among the dead painted ladies littering the pavement surrounding the cars. The birds used their bills to grab butterflies and then beat the insects against the hard surface, knocking off wings and legs. Lunch was served. 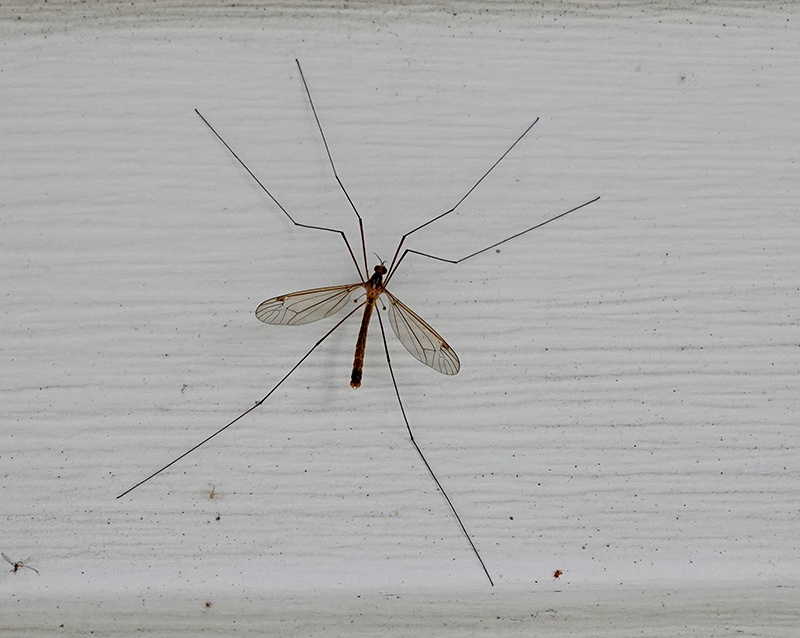 It may look like a giant mosquito, but the crane fly doesn’t bite. Al Batt/Albert Lea Tribune

Chuck Van Wey of Albert Lea, a wonderful man who I admire for his work with Relay for Life and the Cancer Support Group, told me that he’d not been a bird feeder until he moved to a house where the previous owner had left two feeders in place. Chuck told me that he’s discovered what great fun feeding birds is.

I visited a nursing home. A man, who I didn’t know, said he wanted to tell me a story. He’d been nursing a bad hip, which limited his mobility. Stuck in his room, he watched from a window as a robins’ nest was built, eggs laid, hatching and fledging. He told me it had aided his healing.

For the second consecutive year, Jerry and Jill Morstad of Albert Lea had a mallard raise a family in a nest in a tree in their yard. They live along a busy street, so Jerry erected a “Duckling crossing” sign.

Some things to look for

2. Monarch butterflies congregate at the beginning of their migration.

5. Orb spider webs in grasses are evident on dewy mornings.

6. A proverb says after Lammas Day (August 1), corn ripens as much by night as by day.

“How smart are squirrels?” One was the valedictorian of my class.

A number of readers have asked about the large snails floating in Albert Lea Lake. They are Chinese mystery snails, also called trapdoor snails. They have a coiled spiral shell, olive in color, and grow to 3 inches tall. There is a trapdoor covering an opening in the shell, which is missing when the snail has died. They are called mystery snails because the females give birth to fully developed snails that suddenly and mysteriously appear. Their lifespan is about four years and can die off in large numbers. The snail is native to Asia. It’s imported and sold in the aquarium trade. People spread Chinese mystery snails through the movement of water-related equipment and release of aquarium pets. It’s illegal to release or dispose of unwanted aquatic plants or animals in or near public waters.

Tom Jones of Albert Lea asked for identification of tiny blue butterflies. There are two common possibilities. The summer azure (flying July —September) has a wingspan of 1–1¼ inches and the eastern tailed-blue’s is 1/2 to 1 inch. The tailed-blue, that has flight times between May and September has a tail on each hindwing and at least one crescent orange spot on the outer edges of the hindwings. These are lacking on azures.

“What is the best insect repellant?” A wind.

“Do unto those downstream as you would have those upstream do unto you.” — Wendell Berry

“Time comes to us softly, slowly. It sits beside us for a while. Then long before we are ready it moves on.” — Jacqueline Woodson