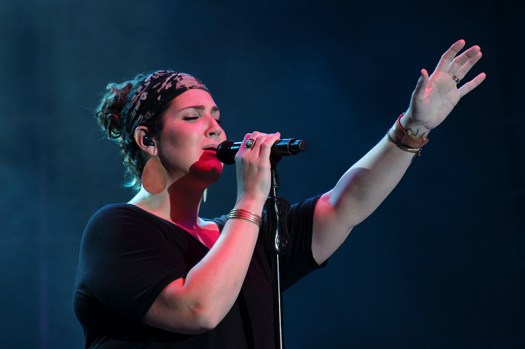 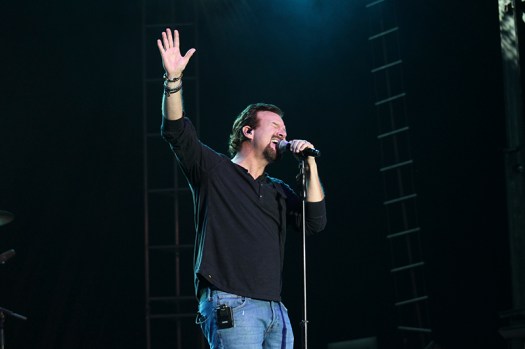 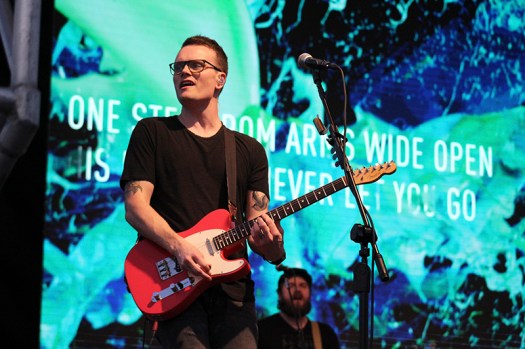 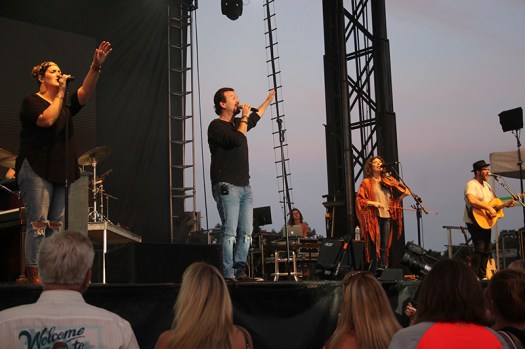 The members of Casting Crowns all work as church leaders Sunday through Wednesday, Mark Hall said. Most of their songs started as Bible studies for teenagers. - Sarah Kocher/Albert Lea Tribune 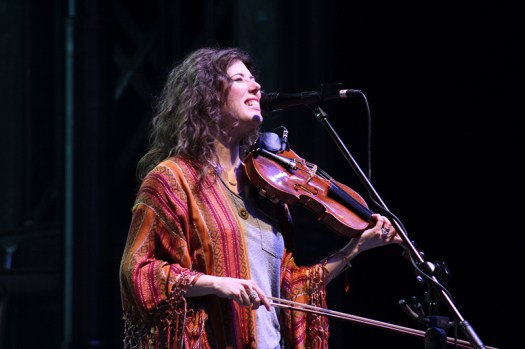 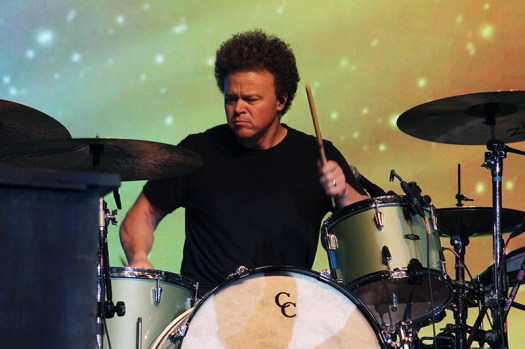 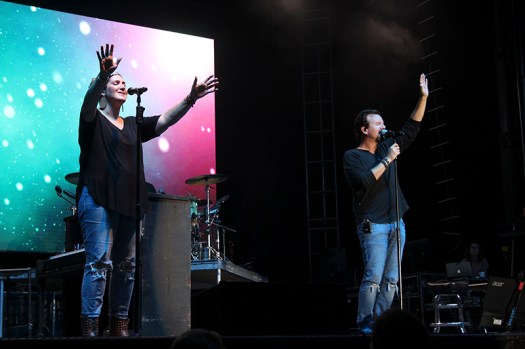 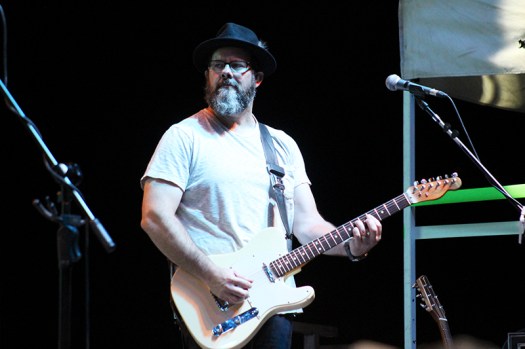 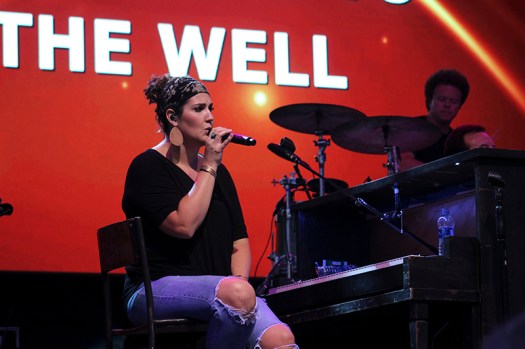 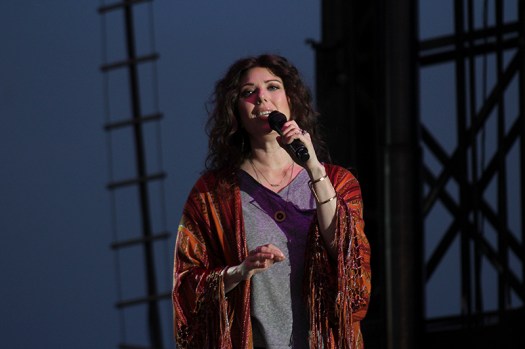 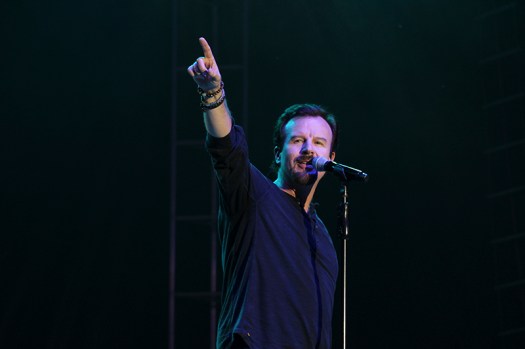 "We are not the point," Casting Crowns singer Mark Hall said Friday night at the start of the concert. "We are here to point to the point." - Sarah Kocher/Albert Lea Tribune

While Casting Crowns is the name that got a large crowd to the Grandstand Friday night, it wasn’t the name the band was hoping concert-goers would have on their minds when they left.

“Jesus is the only name,” sang Mark Hall, lead singer for Casting Crowns, after their encore performance of “Glorious Day (Living He Loved Me).”

It was the same song — “Only Jesus” — the band opened the night with, bookending their performance at the Freeborn County Fair.

“We are not the point,” Hall said after the opening song. “We are here to point to the point.”

The band used the first half of the show to touch on its newer discography — ”One Step Away,” “Thrive,” “Just Be Held,” “Awaken Me” — interspersed with personal stories of experiences growing deeper in faith. Hall addressed the crowd with equal parts humor and solemnity.

He said all members of Casting Crowns are active church leaders, where they still work Sunday through Wednesday. Most of their songs are born from Bible studies for teenagers.

The children at church are less than impressed, he said.

But he told the adults not to worry about the teen-inspired nature of their music.

“(Adults are) just like teenagers with bills,” Hall said.

He also shared about his own struggles during his teen years. At 19, he hit rock bottom, Hall said, and he wondered — is there more to Jesus than church?

But God filled the Bible with people who are way worse than us, Hall told the audience.

“There’s some jacked-up people in the Bible,” Hall said. “God was never afraid of a mess.”

The group back-loaded its concert with its early career heavy-hitters, including “Lifesong,” “Until the Whole World Hears,” “Who Am I?” and “Praise You in This Storm.”

Hall, who said he struggled in school due to learning disabilities, attended a four-year Bible college for six years.

“I just really enjoyed the fellowship,” he joked.

But he would use the 45-minute drive to school to worship and whine, he said. This is where “Voice of Truth” got its start, as Hall grappled with feelings of inadequacy as a servant of God.

Throughout the night, concert-goers had their hands raised in worship. That worship and praise is the purpose, Hall said. Music is just an excuse to get together.