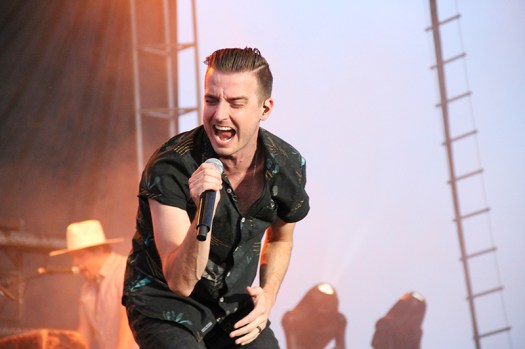 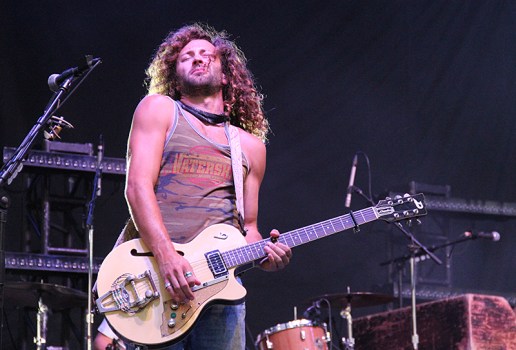 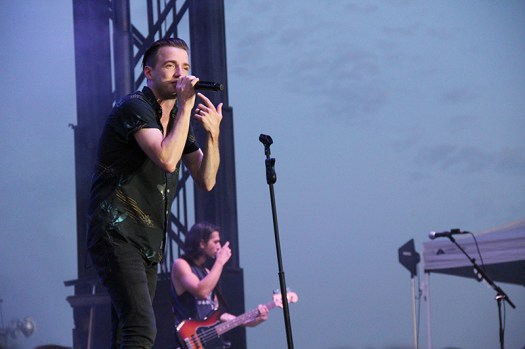 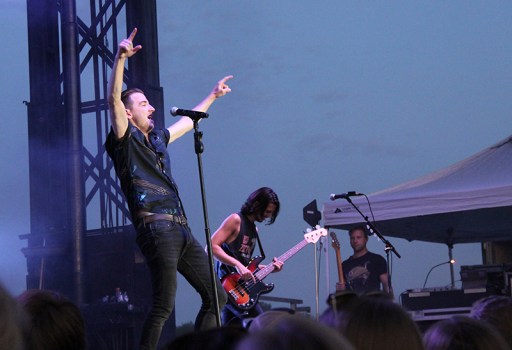 Brandon Lancaster, lead vocalist for LANCO, sings out to the crowd Saturday night at the start of the group's concert at the fair. - Sarah Stultz/Albert Lea Tribune 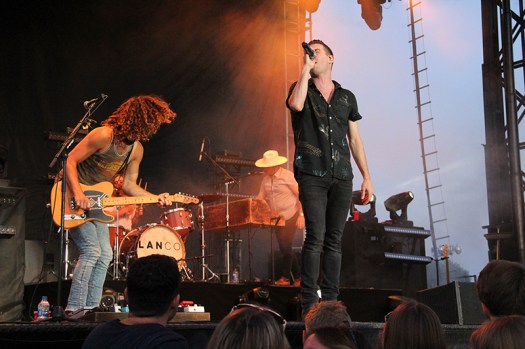 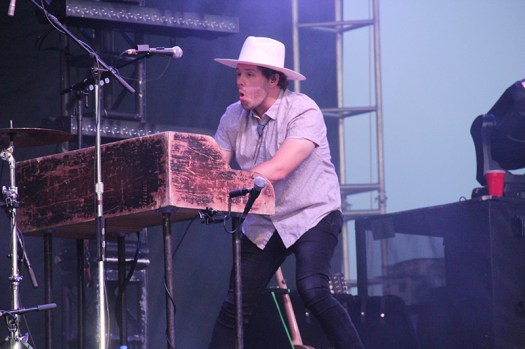 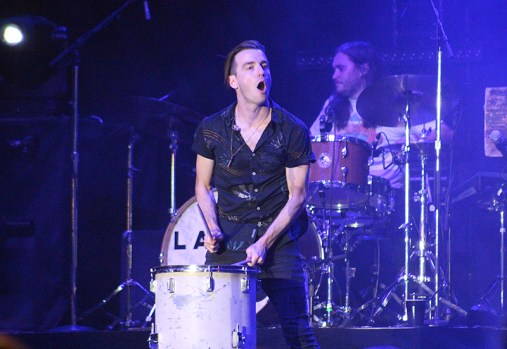 LANCO's Brandon Lancaster pulls out a drum during a song at the Freeborn County Fair. - Sarah Stultz/Albert Lea Tribune

Drawing in the crowd throughout the concert — and even walking out into the reserved seating area for a few songs — the group shared stories behind its rise to fame during a combination of several of its own hits sprinkled in with a few cover songs.

The five-member band, which was named New Group of the Year in April at the Academy of Country Music Awards, kicked off the concert with “Hallelujah Nights,” “Long Live Tonight,” “We Do” and “Pick You Up.”

“We have been in Minnesota so much this summer and there’s a reason,” said lead singer Brandon Lancaster. “Ya’ll are some of the best country music fans.”

Lancaster said the band is made up of five friends who met in college and who grew up in Tennessee, Kentucky and Georgia listening to the same music.

Founded in 2015, the group had humble beginnings and put out its debut album, “Hallelujah Nights,” in January 2018, which peaked at No. 1 on the U.S. country music charts.

Lancaster said at one time they were all working other jobs and used to be students. He said no matter what people are doing in life, they should keep working toward their dreams.

He told the audience they should use their rivals in life as motivation, after which they sang their song “Rival” from their upcoming sophomore album.

The group also performed a few highlights from other songs it has played together over the years, including “Mr. Brightside” by The Killers and the classic “Sold” by John Michael Montgomery, among others.

At one point the band picked up its gear from the stage and walked down into the audience to be closer to the cheering crowd, where they performed a few songs.

The group closed out the concert singing “Trouble Maker” and “Singin’ at the Stars” back on the stage.

After cheering from the crowd, the group returned to perform an encore with “Greatest Love Story,” the group’s 2017 hit that reached No. 1 on Hot Country Songs and Country Airplay charts.

LANCO wrapped up a week of performances at the Grandstand. Other performers included Ashley McBryde, the Roots & Boots Tour, Hairball and Casting Crowns.

The fair ended Sunday with the demolition derby.