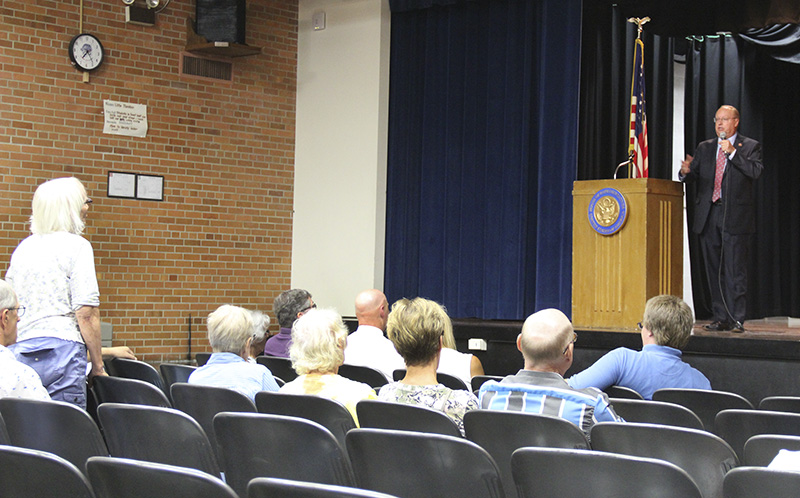 Emotions ran high Friday night during a town hall meeting with U.S. House Rep. Jim Hagedorn that included questions on everything from climate change and gun laws to rural access to medical care and immigration.

It was the fifth town hall for Hagedorn, R-Blue Earth, across the 1st District since the beginning of June. While it was open to anyone who wanted to attend at Southwest Middle School’s Little Theatre, Freeborn County residents were given priority in asking questions.

Sixteen-year-old Ava Corey Gruenes referenced a United Nations report that stated the earth had 12 years to combat climate change before the effects are irreversible. She said she supports the Green New Deal, which includes policy proposals to address global warming.

Hagedorn, who said he does not believe the climate is changing because of people, said he does not think the country can go from having all sorts of energy sources, including nuclear and fossil fuels, to only having renewable sources.

“At this point, there is no path,” Hagedorn said. “We can’t get there.”

He told Corey Gruenes those sources wouldn’t be able to meet the energy demand. It would also drive up the cost of energy so that people would pay more and jobs would be lost.

Hagedorn said he is a strong supporter of Second Amendment rights and noted southern Minnesota does not have a lot of the gun crimes found in other parts of the nation. He referenced record numbers of permits to carry and said people need to own and possess guns for legal purposes.

He said he would not support banning guns with high-capacity magazines for people who own them for legal and lawful purposes.

Albert Lea resident Jodi Bromeland said she thinks there should be trigger laws in place after sharing the story of her son who shot and killed himself as a teenager while at a relative’s house.

Freeborn County Sheriff Kurt Freitag, who was in attendance to lead the audience in the Pledge of Allegiance at the start of the meeting, said a law is already in place in Minnesota that requires parents who own guns to take measures to keep them safely away from children.

Part of being a law-abiding citizen is being responsible with them, Hagedorn added. 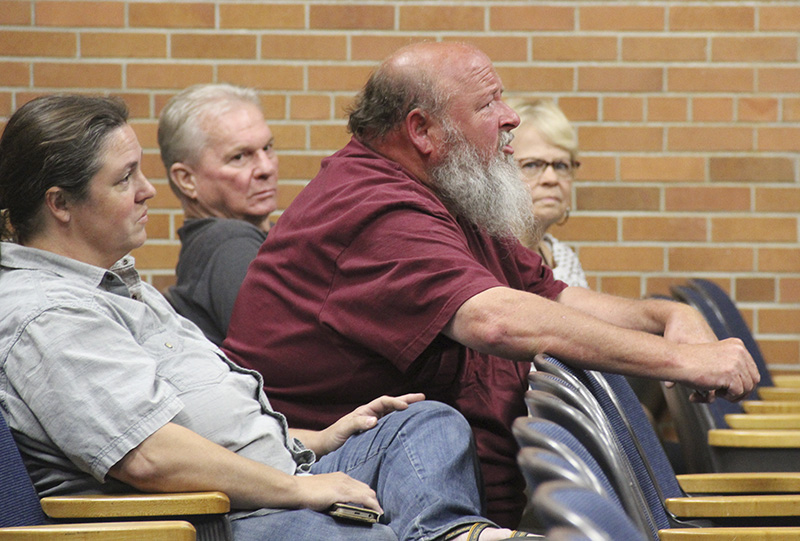 When asked what he thought needed to be done to make sure rural residents have access to medical care at all ages of life, he said he thinks reimbursements to hospitals need to be as high as possible.

Resident Angie Hanson, who raised the question, said in regards to Mayo Clinic Health System’s decision to consolidate services from Albert Lea to Austin, the costs were not the leading reason why the decision was made. She asked if there was anything he could do about the issue in his position.

Hagedorn said he thought the issue was more of a state issue, not a federal matter based on the information he had.

Regarding prescription drug prices, Hagedorn said there have been three bills that have come up recently surrounding the issue.

When asked several questions related to immigration, Hagedorn said he thinks people should apply for asylum not at the United States border but instead in their own countries or the next closest country.

One question asked what could be done to improve the conditions for people at detention centers at the border.

Katie Jacobson asked about sanctuary cities, and Hagedorn said he does not support them and thinks the country should focus on enforcing the laws currently on the books.

Other questions were asked about Hagedorn’s outlook on the Environmental Protection Agency’s handling of renewable energy standards and waivers on oil companies, as well as protections for farmers.

Audience members had varied comments after the meeting about Hagedorn’s responses and the event.

Chuck Seberson of Albert Lea described Hagedorn as being “reasonable and tolerant” to those with differing views.

“He’s always stated his issues, and he knows what’s going on,” Seberson said.

Grace Griffith of Albert Lea said she was surprised with the “level of rudeness” from people in the crowd.

“I’m glad there weren’t a lot of young people who witnessed that,” she said.

Sandy Kvenvold, who walked out of the meeting at one point after Hagedorn’s response to her question, said she was disappointed to see that the congressman seemed to have what she described as “padded answers” already prepared that he responded to questions with.

“Instead of being a legislator, he played the party puppet,” Kvenvold said.

She had asked if there was accountability for the $750 charged per day to house a child at one of the detention centers at the border.

“I really expected this to be a give and take,” she said. “I know there were going to be differences of opinions, but there was no give.”

Lynne Lent, who moved to Albert Lea in December, said she was disappointed Hagedorn declined to learn more about issues such as climate change when she went up to him after the meeting and offered to provide him more information.

“That’s really not what a representative should do,” she added.

Hagedorn’s stop in Albert Lea was part of town hall event tour in which Hagedorn has aimed to have a town hall meeting in all 21 districts in the 1st Congressional District. 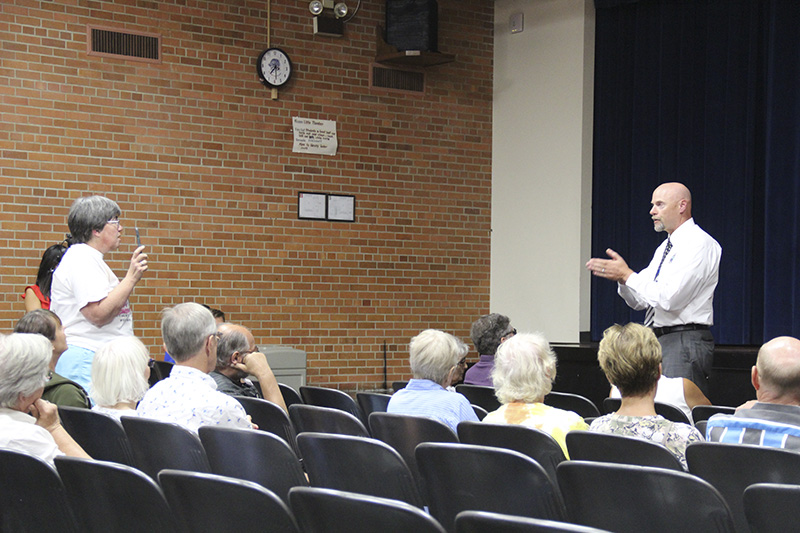