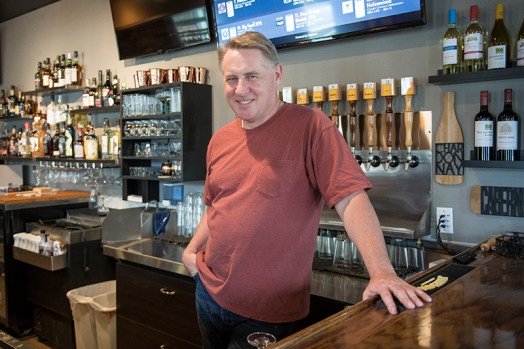 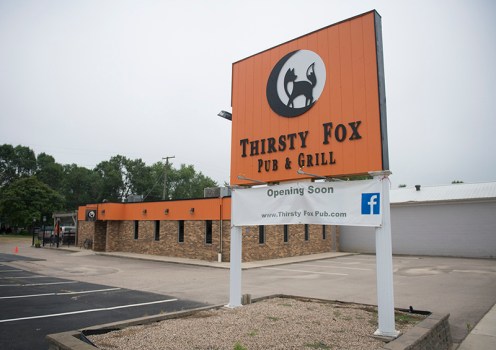 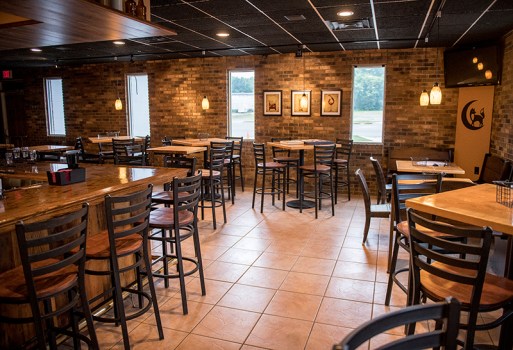 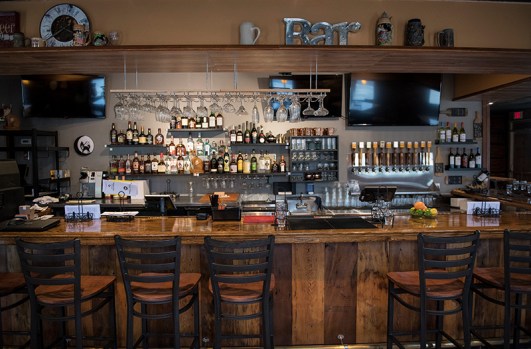 Thirsty Fox will serve a myriad of signature cocktails as well as a wide selection or craft beers, among other offerings. - Colleen Harrison/Albert Lea Tribune 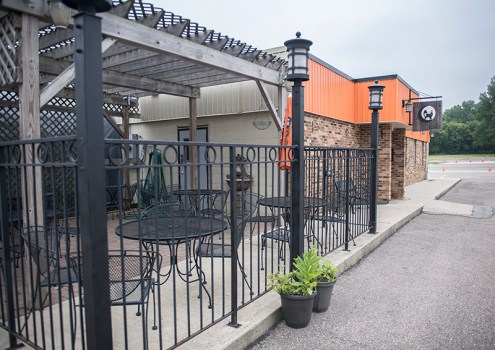 After 4 years of work, Albert Lea pub prepares to open its doors

For nearly four years, Karl Milliron has been working toward his dream of opening a local pub. Soon that dream will become reality, as Thirsty Fox Pub & Grill opens for business in Albert Lea.

The pub will be complete with craft beers from many different breweries in the region, signature cocktails and upscale bar food.

With the opening approaching, Milliron said he wants to have everything prepared and just right. He expects to see big crowds when he opens the doors, but he said he has remained level-headed through the entire process.

“(I’m) very calm,” Miliron said. “I think a lot of people already know about this. When we put the signs up, there was a lot of Facebook chatter. We launched our Facebook page six or seven weeks ago and we’re up to almost 1,000 likes now. It’s grown exponentially.

“I think people in the community are looking and waiting because they know something new is about to happen. I don’t expect to have a quiet opening, but I want to be ready so we don’t disappoint anybody.”

In the building that was once K&K Bakery and Pancake House at 1105 S. Broadway Ave., preparations are nearly complete for the doors to open on Thirsty Fox.

As owner and operator of the bakery for many years, Milliron has experience in the restaurant/bar industry. However, the heavy bags of supplies and other physically demanding aspects of the bakery became too much for him.

“I just wasn’t going to be able to sustain that,” Milliron said. “It was going to be too physically demanding. So I thought, ‘Why not just do what I really love doing?’ I just stayed still and built the bar around me, and that’s what I’ve been doing for the last four years.”

Thirsty Fox will be the first of its kind in Albert Lea. For Milliron, the lack of sit-down, upscale drinking establishments focused on serving craft beers and cocktails was the biggest reason for opening the new pub. He said he had talked to many people within the community who said Albert Lea needed something like Thirsty Fox as a nice, quiet place to come and congregate.

Another reason for opening the pub is the recent resurgence in breweries across the country.

“All of these breweries are starting to pop up and supply fresh, unpasteurized, delicious beer back into the community,” Milliron said. “Pasteurization damages beer. Having an unpasteurized fresh beer is going to give a whole new level of flavor and depth. That’s what we’re boomeranging back to. We’re going back to the days where small towns and cities all have their own local breweries.”

Milliron credits millennials for the resurgence of breweries. He said their interest in finding new and deeper flavors has led the charge in craft beer. According to Milliron, millennials also bring in their families, who end up liking it as well, resulting in a wide range of patrons.

“When you walk into tap rooms, you see a mix of the populous,” Milliron said. “It’s the community. The reason I wanted to do this is because of that.”

Thirsty Fox will also serve signature cocktails, including an espresso martini, mojitos, white Russians, pina coladas, knickerbockers and many others.

Like craft breweries, distilleries are also starting to make a comeback.

“Distilleries are taking off right now,” Milliron said. “We might not experience as much of that locally, but regionally and nationally, it’s really big, actually. We’re starting to see a big reinterest in some of these old cocktails. It’s a really good time for people to access some of these things.”

On top of the drinks, Thirsty Fox will serve an array of different bar food. Milliron considered the food burger-centric with eight or nine different types of hamburgers. A large selection of appetizers, sandwiches and flatbread pizzas will also be available.

Once open, Thirsty Fox will operate Wednesday through Sunday. Wednesday and Thursday hours are 11:30 a.m. to midnight, Friday and Saturday are 11:30 to 1 a.m. and Sunday hours are noon to 9 p.m.

The official opening date will be posted on the Thirsty Fox Pub page on Facebook.