Rodney H. Jacobson, of Albert Lea passed away Thursday, Aug. 8, 2019, at his home after a short illness with cancer. He was 80 years old. Funeral services will be at 10:30 a.m. Monday at Salem Lutheran Church in Albert Lea, with visitation beginning at 9 a.m. The Rev. Erica Cunningham will officiate. 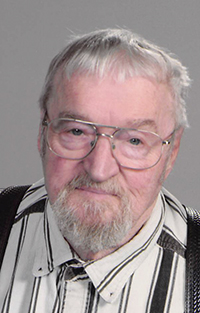 Rodney was a member of Salem Lutheran Church in Albert Lea. Rodney enjoyed playing bingo with friends at the senior center. He was also an avid Minnesota Twins and Minnesota Vikings fan and enjoyed watching the games with his wife, Alice.

Rodney will be sadly missed by his close family and friends — especially Mary and Dean Poole and the family dog, Grace.