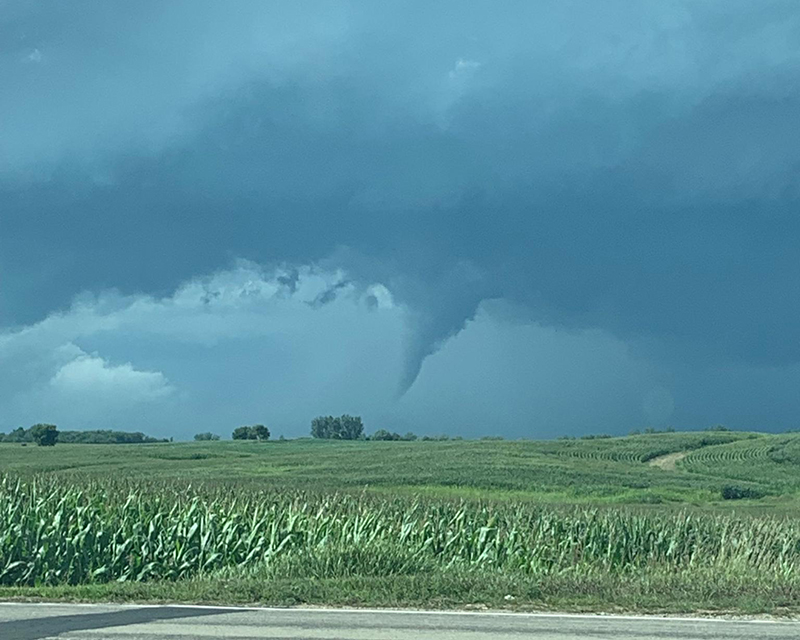 This photo of a funnel cloud was taken by Freeborn County Sheriff’s Office Deputy Josh Partlow at 4:30 p.m. Tuesday from Freeborn County Road 35, near Interstate 35. - Provided

Sirens sounded throughout Freeborn County Tuesday afternoon after reported funnel clouds low to the ground were spotted near Geneva.

The National Weather Service initially issued a tornado warning for southwestern Steele and southeastern Waseca counties at about 4:30 p.m. after a severe thunderstorm capable of producing a tornado was located seven miles northwest of Ellendale.

The storm moved southeast, and soon funnel clouds were reported from Freeborn County near Geneva.

Tornado sirens were initially sounded in Geneva, Clarks Grove and Hollandale after the reports of funnel clouds, and then later were sounded throughout the whole county after the National Weather Service issued a tornado warning.

The threat of the storm passed at about 5:20 p.m. and spotters were called in from their positions.