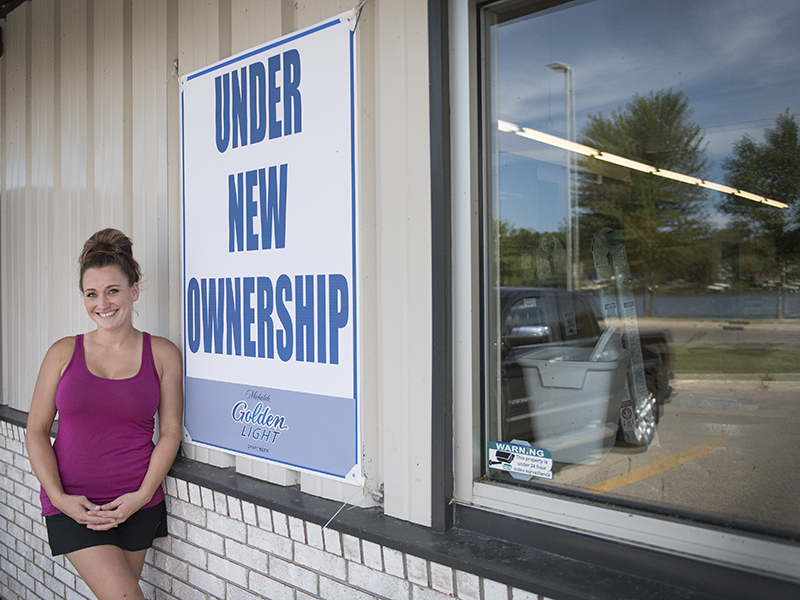 Cheers Liquor is in a new location, but it’s business as usual, according to owner Jenny Heinrich.

Well, business as usual plus more.

Cheers Liquor, which used to be at 1617 W. Main St. on the Skyline Plaza property, has moved into the former Fountain Warehouse Liquor location at 160 Bridge Ave. in Albert Lea.

Heinrich managed Cheers for over 10 years, owned 25% of the business for the past two years and has been the sole owner since Aug. 1. Previous Cheers owners Craig and Angie Stickfort, who opened Cheers in 2004, decided to retire from the business and move to Kansas, Heinrich said, and had been discussing Heinrich buying the business completely for the last five years.

Heinrich said she made the decision to move the business after Cheers’ lease wasn’t renewed at its previous location.

“We loved our location, we loved our people,” Heinrich said. “It was either close or move.”

So, Heinrich, 33, managed to strike a deal with Fountain Warehouse owner Ron Freeman, who was also looking to retire. Heinrich moved Cheers into the Fountain Warehouse location, which is also a lease, and purchased some of Freeman’s inventory. Fountain Warehouse and the previous Cheers location both finished their last day of business Sunday, before Cheers opened in its new location Monday.

The near-seamless transition has been thanks to a lot of help from friends, family, employees and vendors, Heinrich said.

“It’s almost humbling how much help I had,” she said.

While it wasn’t her initial intention to move the business, Heinrich said it will ultimately be for the best. Cheers’ new location means it can double its inventory and cooler space. The business has always been about its customers, she said, but limited space sometimes meant some customer requests weren’t able to always be filled. Now, Heinrich said she is excited to be able to expand Cheers’ craft beer selection, expand its wine cave and hopes to eventually host weekly tastings. The new location has two registers instead of one, so Heinrich said it will also be more efficient during busier times.

While the business might be someplace new, Heinrich said its standards haven’t changed. It has the same people working there and will still offer free ice, there will just be “a ton more selection” in the new space that is now on a 10-year lease to Cheers.

“It’s going to be awesome,” she said. “The possibilities are really out there now, and it’s exciting.”