The rebirth of a gem 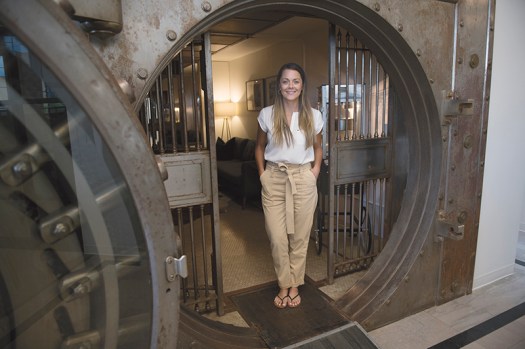 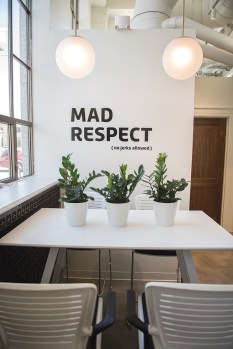 Different sayings and quotes can be found throughout Mortarr. - Colleen Harrison/Albert Lea Tribune 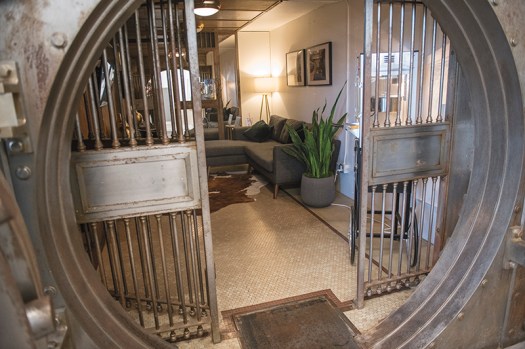 A portion of the old bank vault has been turned into a free use space for Mortarr employees. - Colleen Harrison/Albert Lea Tribune 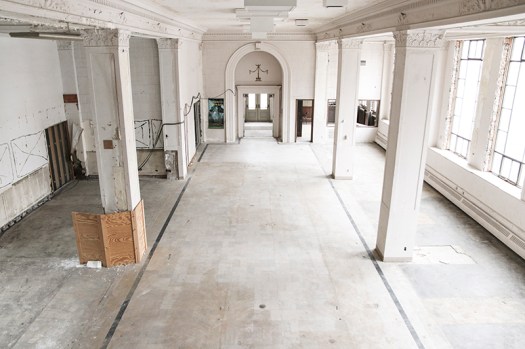 The Freeborn National Bank building had sat empty for about two decades before it was renovated on the first floor and mezzanine by Mortarr. - Photo by Mortarr 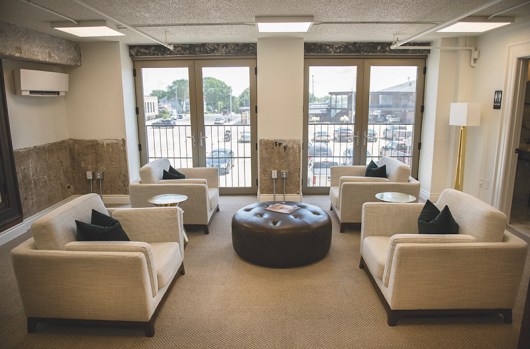 The mezzanine has a lounge area for Mortarr employees. - Colleen Harrison/Albert Lea Tribune 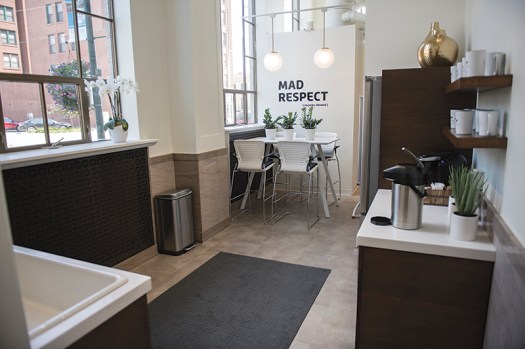 Mortarr has a full kitchen for employee use. - Colleen Harrison/Albert Lea Tribune 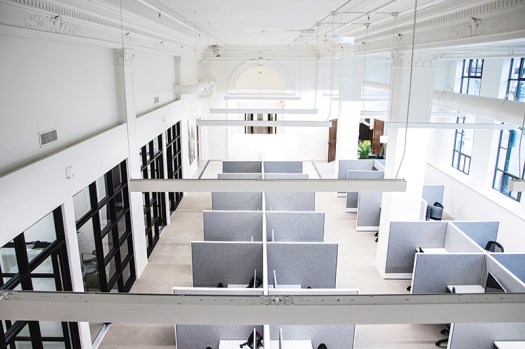 The main level includes space for offices. - Photo by Mortarr 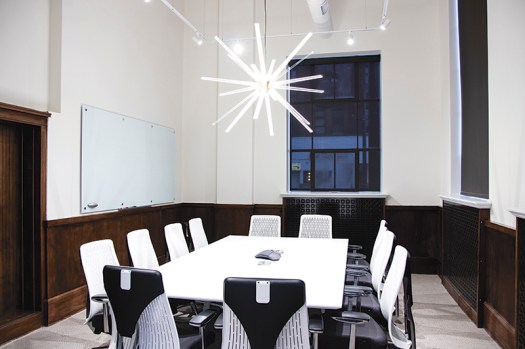 This conference room is at the front of the building. - Photo by Mortarr 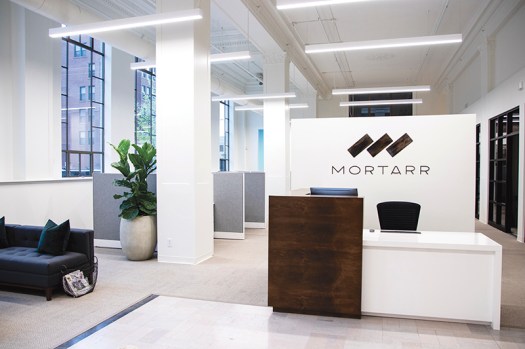 After two decades of sitting empty, the Freeborn National Bank building is again buzzing with activity.

The building, at the corner of Broadway and William Street, is the new home for Mortarr, an online inspiration gallery and networking site for commercial construction and design.

Built in 1922, the Freeborn National Bank building was originally constructed as a bank on the first floor and medical and professional offices in the upper floors.

The city purchased the building in 1998 and in 2006 spent about $2 million to restore the exterior, including tuck-pointing, a new roof, a skylight and new water, sewer and electrical service to the buildings, among other improvements.

In the last decade, particularly, the city worked with a few other developers on potential projects for the space before Mortarr’s proposal, but none of those projects got off the ground.

Mortarr came along with a different idea to turn the building into its company’s headquarters, and in May 2018, the city approved the sale of the main and second floors of the building with the potential for the company to acquire more property in the future as it expands.

Albert Lea Mayor Vern Rasmussen Jr. said though it was more challenging to get the agreement done than he anticipated, he thinks it was a great collaboration between the public and private sectors.

“The city took a blind leap of faith to save what we all consider a real gem of a building in our community,” Rasmussen said. “To see local people reinvest in our community because of their strong belief in Albert Lea really pushes it over the edge as far as how much this means to our community.”

The building was finished just in time for the Minnesota Governor’s Fishing Opener. Rasmussen said he had tears in his eyes when he saw the transformation.

“It means that much to the community to have that building filled up,” he said. “To really finally see it happen when you had a vision a long time ago — with the help of many, many people to get to this point — it really is fulfilling.”

Mortarr co-founder and chief marketing officer, Abby Murray, said the company worked with several local companies to make the project a reality. Red Door Construction was the general contractor for the project, and companies including Albert Lea Electric, Jim & Dudes and Dras Cases also completed work there. Murray said they tried to use local companies when possible, but when that wasn’t an option they used other Mortarr brands.

She said they tried to retain original details and design whenever possible, though some compromises had to be made.

“We love the idea of bringing old and new together,” she said.

Murray said the company wanted to be in the Freeborn National Bank building because it had a great shell.

“It had amazing bones to begin with,” she said.

The transformed space includes space for about 30 employees, including four-built in offices, conference rooms, lobby space and a lounge and conference room on the mezzanine.

She said she has always joked about having a vault of unused ideas, and now that has become a new place to generate more ideas.

Throughout the building, quotes are posted on the walls, along with the company’s core values.

Murray and co-founder Amy Petersen have a history in design and, together, helped design the space.

Murray graduated with degrees in marketing and design studies from Arizona State University and prior to starting Mortarr, was co-founder of The Marketing Plant.

Petersen graduated with a bachelor’s degree from the University of Minnesota Duluth and joined her father at DRAS Cases, which provides commercial casework and millwork to retail, hospitality, restaurant and health care facilities. She served as vice president and also took on roles as lead designer and marketing and sales executive. In 2015, she joined The Marketing Plant, which is now known as Brick, heading up the commercial design division.

Murray also credited the building’s original architect, who incorporated a lot of natural light into the building with large windows.

She said she and others with the company have received wonderful community support for the project.

She hopes it inspires others to take on projects of their own and to modernize their spaces.

“Our goal is to literally grow up from here,” she said, referring to the building’s other floors.

A film about the transformation of the Freeborn National Bank building into the new space for Mortarr is in the running for a film contest through AIA Film Challenge 2019.

Participants produce a three- to five-minute documentary-style film showcasing their story to win up to $10,000 and travel and hotel for two to see their film screened at the Chicago Ideas event in October.

There is also a People’s Choice Award winner chosen by the public that is open through Sept. 27.