Memorial services for Timothy C. Boever of Blooming Prairie will be at 10 a.m. Saturday at Bonnerup Funeral Service in Albert Lea. The Rev. Dwight DoBell will officiate. Military honors will be accorded. Friends may visit with family one hour before services at the funeral home. 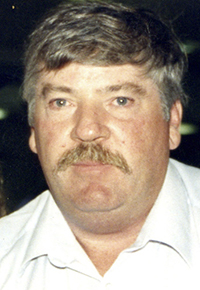 Tim attended Holy Name Catholic School in Marcus, Iowa, through the sixth grade and then graduated from Marcus Community High School.  He proudly served his country in the U.S. Army, enlisting in 1968, serving two terms and receiving his honorable discharge in April 1970.

He married Catherine Schneider on Dec. 23, 1975, and they were blessed with four children: Erica, Allison, Christina and Thomas “T.J.”

Tim attended Western Iowa Technical College and trained to be a butcher. Throughout the years he also worked as a trucker and did landscaping. He finished out his working years at Minimizer Manufacturing in Blooming Prairie.

He was a lifetime member of the Veterans of Foregn Wars. He was always known to have a good time, no matter what the activity. He enjoyed golfing, bowling and playing cards or poker.  His favorite times were those spent with family, especially his grandchildren. His family and friends will greatly miss his keen sense of humor and quick-witted one-liners.