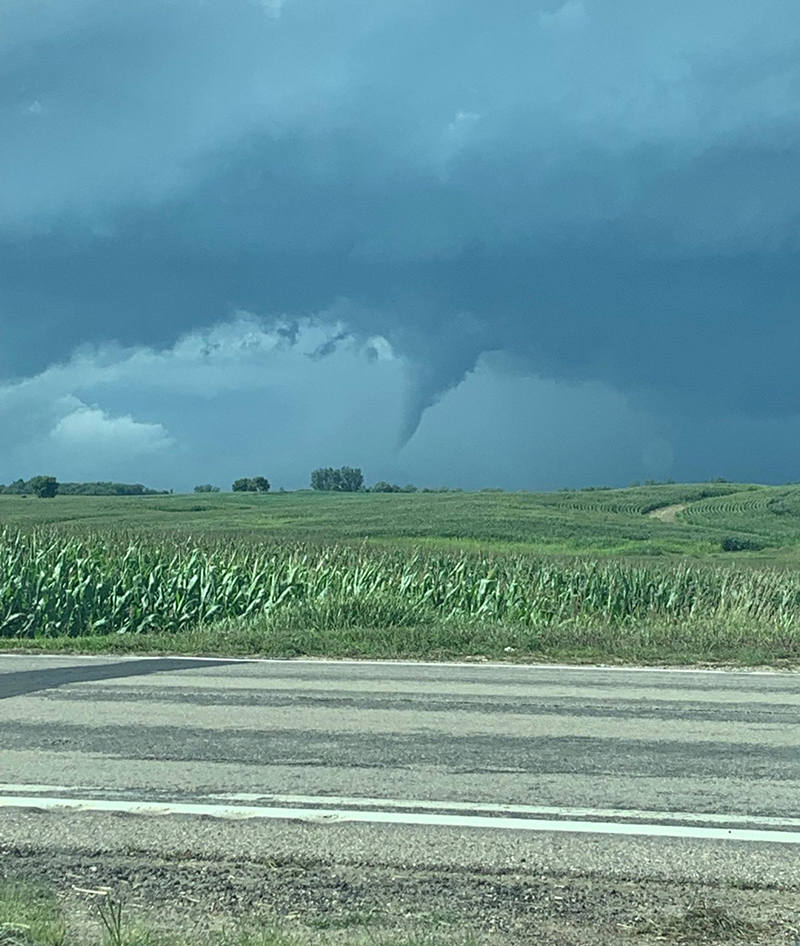 This photo of a funnel cloud was taken by Freeborn County Sheriff's Office Deputy Josh Partlow at 4:30 p.m. Tuesday from Freeborn County Road 35, near Interstate 35. Provided

Update 5:20 p.m.: The threat of the storm has reportedly left Freeborn County, and spotters have been called in from their positions, according to radio traffic through the Freeborn County Sheriff’s Office.

Update 4:48 p.m.: Northeastern Freeborn County is under a tornado warning through 5:15 p.m. Tuesday, according to the National Weather Service.

Sirens have sounded throughout the county, including in Albert Lea.

According to the National Weather Service a severe thunderstorm capable of producing a tornado was located near Geneva moving southeast. Weather spotters reported a funnel cloud.

The Freeborn County Sheriff’s Office has sounded tornado sirens in Geneva, Clarks Grove and Hollandale, according to initial reports of funnel clouds from spotters.

Southwestern Steele and southeastern Waseca counties are under a tornado warning until 4:45 p.m. Tuesday, according to the National Weather Service.

The weather agency states a severe thunderstorm capable of producing a tornado was located seven miles northwest of Ellendale at 4:23 p.m. and moving southeast at 25 mph.

Flying debris could be dangerous to those caught without shelter, and damage could occur to roofs, windows, vehicles and trees.