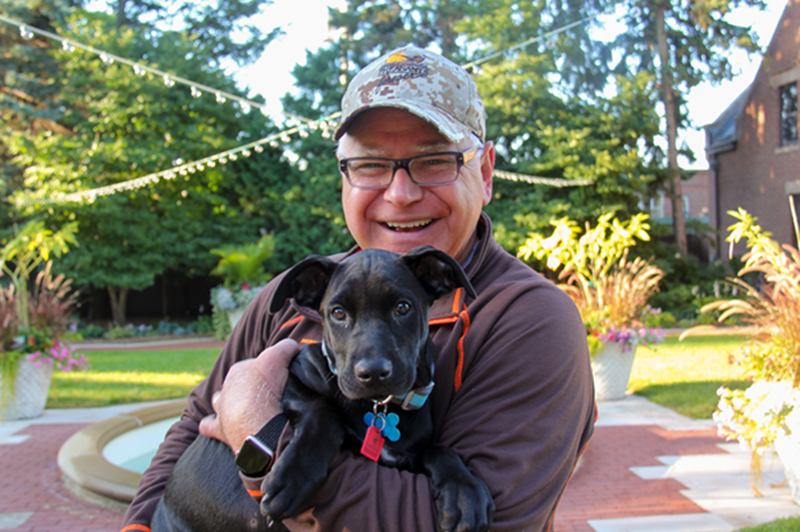 When Democrat Walz announced his candidacy for governor in 2017, he and his wife, Gwen, promised their son Gus that the family would adopt a dog if Walz won. When Walz won in November, Gus exclaimed “I get a dog!”

The Walz family adopted Scout over Labor Day weekend from Midwest Animal Rescue & Services. Scout was discovered abandoned in a box in Oklahoma.

Walz said he is proud that Scout is a rescue dog.

The Governor’s Mansion has been without a first dog since Walz took office in January. Scout joins the Walz family cat, Afton.