A Mass of Christian burial for Richy Johnson, 49, of Niobrara, Nebraska, will be at 10:30 a.m. Saturday at St. William’s Catholic Church in Niobrara. The Rev. Kizito Okhuoya will be the celebrant. Burial will be in L’Eau Qui Court Cemetery in Niobrara. Military honors will be provided by Veterans of Foreign Wars Post 4834, American Legion Post 224, Army National Guard Honor Guard and American Legion Riders. Visitation will be from 4 to 7 p.m. Friday at the church. Fellowship will continue at Sportsmen’s Bar in Niobrara. Brockhaus Funeral Home in Niobrara is in charge of arrangements. 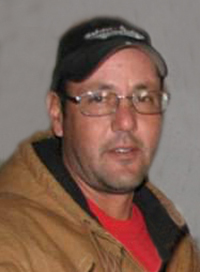 Richy Johnson, son of David A. Johnson and Marilyn J. Armell, was born Jan. 19, 1970, in Albert Lea. Richy spent his childhood in Minnesota and Iowa. He moved to Niobrara in 1982 and made Niobrara his home. He graduated from Niobrara High School.

Richy joined the Army in July 1988 and was stationed at Fort Benning, Fort Leonardwood, Fort Bragg (82nd Airborne) and in Mannheim, Germany.

On Feb. 24, 1990, Richy was united in marriage to his high school sweetheart, Gina Pischel, at a farm near Verdel, Nebraska. Their marriage was later blessed in a Catholic church in Mannheim, Germany. They were blessed with two sons. David was born in Heidelberg, Germany. After being discharged from the Army, the family moved to Norfolk, where Richy began his career with the Nebraska Department of Roads. When their second son, Jacob, was born, they received the opportunity to move back to Niobrara.

Richy enjoyed teaching his sons how to hunt and fish and how to play ball. Eventually Richy taught his sons about being a fireman, and they also joined the department. He was fiercely protective of the ones he loved. Richy was a hard worker and a great friend to many. He had a “work hard, play hard” attitude and would lend a hand to anybody — without judgement.

Richy was a member of Niobrara Fire Department for 19 years and was enrolled with the Winnebago Tribe of Nebraska.

Richy is survived by his wife, Gina, of Niobrara; sons David and Jacob of Niobrara; father, Dave Johnson, of Albert Lea; brother, Ronald Olson, of Hartington and his children Shelby, AJ and Shaun; and sister, RaChelle (Rodney) Krueger, of Orchard, Nebraska, and their family Jeanette, Kaleigh and Lacey.

He was preceded in death by his mother, Mary Belik; grandparents; nephew, Logan Krueger; and several aunts and uncles.

Memorials may be directed to Niobrara Fire Department or the Wounded Warrior Project.