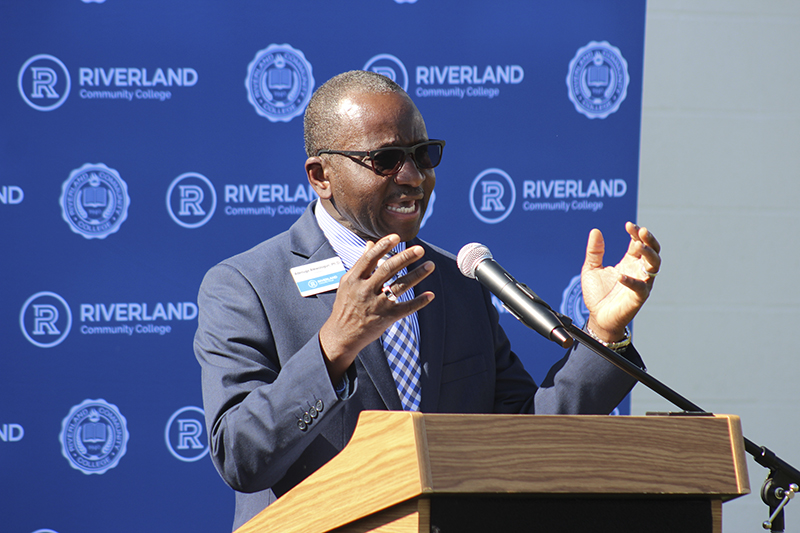 College renovations, addition to be completed by August 2020

Riverland Community College broke ground Tuesday on a $10.12 million project that will add space, renovate existing classrooms and bring its transportation career fields under one roof.

Before the ceremony, he said the college had not seen construction of this scale in four decades.

Riverland received $10.2 million in state bonding dollars last May. The funding was dedicated to relocate the college’s truck driving and collision programs, previously in Austin, to the Albert Lea campus.

According to information provided by the college, the project is also intended to modernize existing classroom and lab spaces, demolish an obsolete building, incorporate a truck driving range, address deferred maintenance and relocate the truck driving program, among other changes.

Atewologun thanked Riverland faculty and partners for their work in making the project possible.

“The efforts will of course benefit our students for many years in the future and allow us to increase enrollment on the Albert Lea campus,” he said. 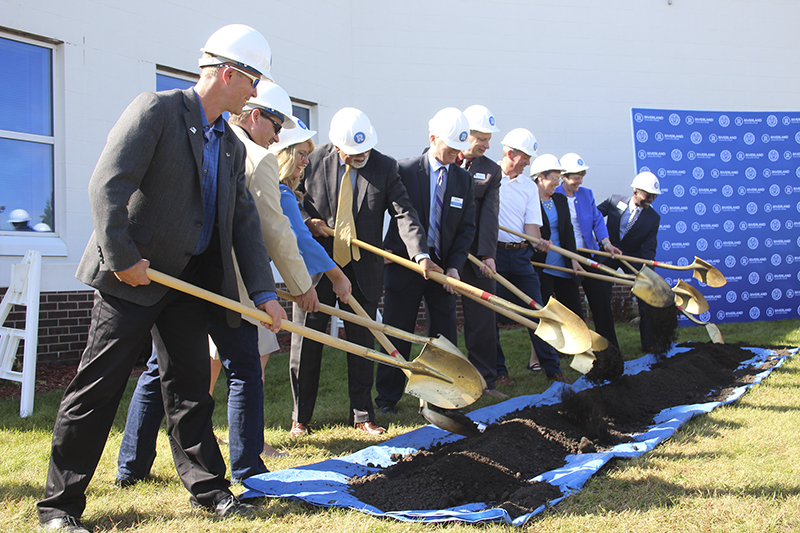 Of the 48,000 square feet included in the project, 2,500 square feet will be new area. It also includes 7,500 feet of demolition; the school’s Gateway Building — which Atewologun called an “outdated” building used as makeshift space during the summer — will be demolished, and new truck driving lanes will be placed in its stead.

The remainder of the project area will be renovated space.

“These modernized spaces will enable the college, most specifically our students and talented faculty, to meet the growing demands for skilled technicians and operators well into the future,” Minnesota State Chancellor Devinder Malhotra said.

Diesel technology program instructor Michael Bute said some of the upgrades happening in the east end of the building were “long overdue.”

He also said the program would like to offer more training on agricultural equipment, as changes are anticipated to accommodate some of that equipment.

This is what Riverland diesel technology student Kale Stafford said he sees as the biggest benefit of the construction project, as it could open a door for students from a farm background.

District 27A Rep. Peggy Bennett told ceremony attendees that securing bond funds for the project has been a goal since she got into office in 2015. She said state colleges have a pulse on local communities and know what those communities need.

Though construction on the project was originally intended for May, the design phase took longer than anticipated, Atewologun said. Construction is now slated to begin in October, with completion in August 2020.

“I believe this space that we celebrate here today not only meets our students where they are, but more importantly, takes them where they need to go,” Malhotra said.