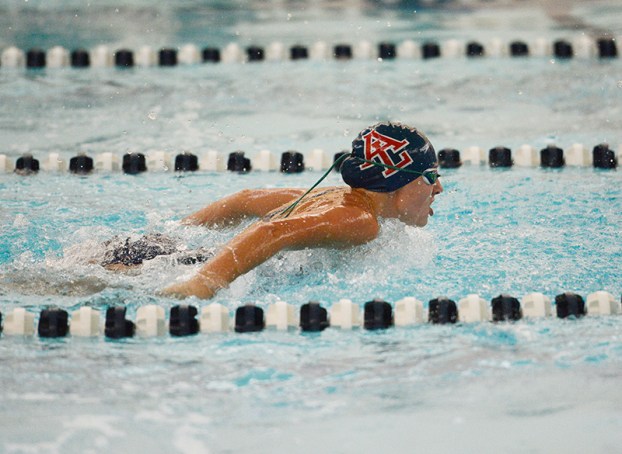 Rockets get away from Tigers

Despite stellar performances from a few Tigers, they were unable to match the Rockets in depth, falling 93-81.

In the first event of the night, junior Ishika Jain, sophomores Taya Jeffrey and Aliyah Studier, and eighth grader Emery Brouwers took third place in the 200-yard medley relay with a time of 2:12.30.

Sophomore Taylor Palmer followed that up with a third-place finish in the 200-yard freestyle with a time of 2:27.28, just ahead of teammate senior Odelia Jensen, who came in fourth with a time of 2:39.40.

In the shortest event of the night, the 50-yard freestyle, sophomore Brooke Hanson finished the highest for the Tigers in second place with a time of 28.29. Studier and Brouwers were close behind in fourth and fifth places, respectively, with times of 28.74 and 28.95. 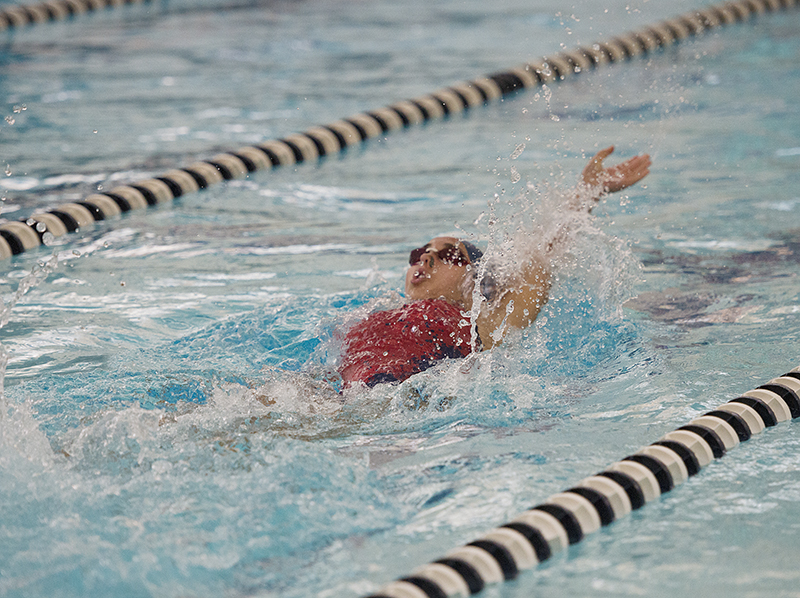 After a break for diving and a short warm up period, the Tigers were back in the pool. Adams was the lone Tiger in the 100-yard butterfly and came in fourth place with a time of 1:23.74.

Down 96-29 with only four events remaining, the Tigers were too far behind to catch up. Junior Jaeda Koziolek put some energy back into the team, swimming her first event of the night in the 200-yard freestyle relay alongside Hanson, Palmer and freshman Ava Troster. The team came in second place in the event with a time of 1:53.63.

The final event of the night had the team of Jeffrey, Studier, Hanson and Koziolek competing in the 400-yard freestyle. The team took second place with a time of 4:09.19

The Tigers will be back in the pool Saturday when they travel to Austin for a multi-team invite.