Activities begin ahead of Governor’s Pheasant Hunting Opener in Austin 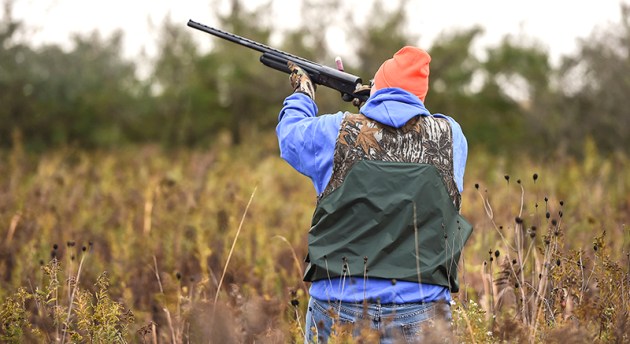 Mike Hansen takes a shot during a walkthrough of a field at Three Arrows Game Preserve Friday morning. Hansen and several other veterans got to take part in a special hunt at Three Arrows. - Eric Johnson/Albert Lea Tribune 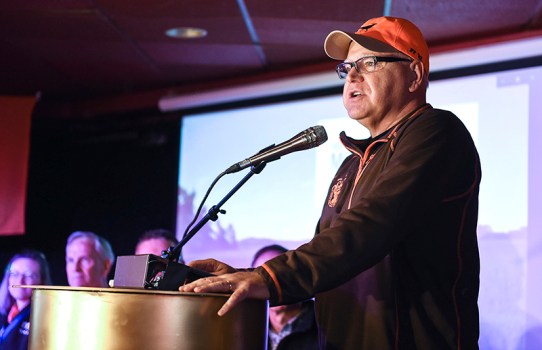 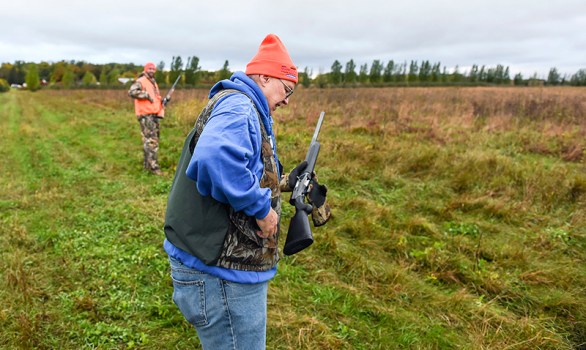 Hunters and their guide come together before heading out for a special veterans hunt at Three Arrows Game Preserve Friday morning. - Eric Johnson/Albert Lea Tribune 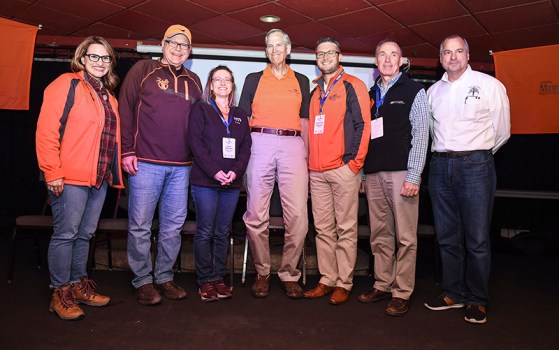 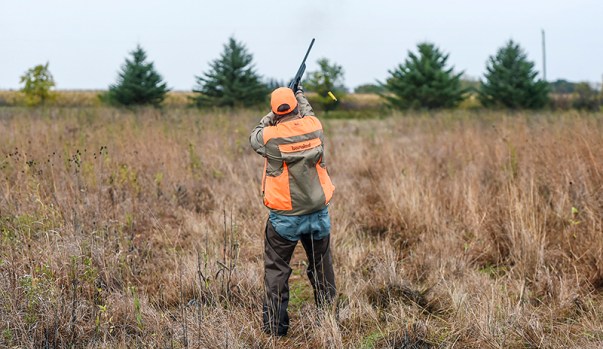 AUSTIN — Despite the weather, a whole host of people, including Minnesota Gov. Tim Walz and Lt. Gov. Peggy Flanagan, were still able to celebrate the designation of 141 acres of land as a wildlife management area Friday afternoon.

The ceremony, originally set to be held at the newly designated WMA, was instead moved to Torge’s Live because of weather.

Walz talked about the hunting opportunities his own family had when he was younger and reflected that land such as the land dedicated Friday is a boost to outdoor recreation.

“It opens up ample opportunities for families that don’t have that option,” Walz said.

The land was donated to the Austin Area Foundation by the Worlein family and Pheasants Forever is working toward purchasing the land with the hope of finalizing the purchase later this year.

The land in question is outlined by Murphy Creek on its north and east boundaries. Restoration of 81 acres, known as the upland prairie, began in May of this year with the planting of round-up ready soybeans. The remaining 60 acres is planned for a 2020 planting.

Jamie Surdy of the Mower County Pheasants Forever chapter said that to date the chapter has invested $2 million into habitat restoration, which includes 600 acres of farmland that has been restored to native habitat.

Speaking of the project, Surdy said that aside from restoring the land to native habitat, it will also go toward flood control.

“The benefits of this project will be over many years,” he said.

Paul Worlein was on hand representing the Worleins and said his family was grateful for the work that has gone into making the project happen, even on a day that was cloudy and blustery.

“For our family, this is a beautiful day,” Worlein said.

The donation of habitat goes beyond restoration of the land. It goes to the benefit of the entire state and as hunting thrives, so does tourism.

The two things go side-by-side, something that Director of Explore, Minnesota John Edman highlighted. As the Governor’s Pheasant Hunt Opener began to pick up speed Friday night, Edman stressed how important land donations such as the Worleins’ are to the state as a whole.

“This is a great chance to showcase all the neat things here in southeast Minnesota,” Edman said. “It’s part of tourism. Tourism is big business in Minnesota and hunting is clearly a part of this.”

It was something that Sarah Strommen, commissioner for the Department of Natural Resources, seemed to add to when she spoke.

“I think this project is a really great example of the ‘what’ do we need to do for habitat in Minnesota and the ‘how’ we do this,” she said.

As the ceremony came to a close, Walz touched on how work by the Worleins, Pheasants Forever and the Austin Area Foundation comes together to make great things.

“Everything that’s right in communities can be found right here,” Walz said. “The reason we are able to do this is because of people like Paul and the Worlein family.

Veterans hit the fields for ringnecks

With just a little sleet and snow falling, a group of about 20 veterans stepped off a LeRoy Lines bus to get in a little pheasant hunting at Three Arrows Game Farm, just north of LeRoy.

The event ran in conjunction with the Governor’s Pheasant Hunting Opener, which had activities kick off Friday and run through Saturday.

“It’s an excellent way to get some good hunting in,” said Charles Mills, who helped organize the event with Dave Hagen.

But it had more depth than just getting in some hunting. For a number of these veterans, hunting is something that just isn’t as easy as it used to be.

This was a chance for some veterans to connect with an activity they really enjoyed.

“It’s really important to get these guys out here and experience something they haven’t been able to do in a while,” Mills said.

It’s also a way to recognize what these veterans have done for the nation.

“It’s not just a matter of them doing this, but it’s recognizing them,” Hagen said. “Without them, a lot of things wouldn’t be happening.”

After the veterans arrived at Three Arrows, they were split up into groups and paired with dog handlers and guides.

They then hit the fields surrounding Three Arrows and quickly began finding the birds.

Ben Jacobson, owner of Three Arrows, was happy to host the veterans, , he said.

When Jacobson addressed the group he promised plenty of pheasants, but really it came down to one thing.

“The whole goal is for everybody to have fun,” Jacobson said.