It’s time to let your inner Lutheran out 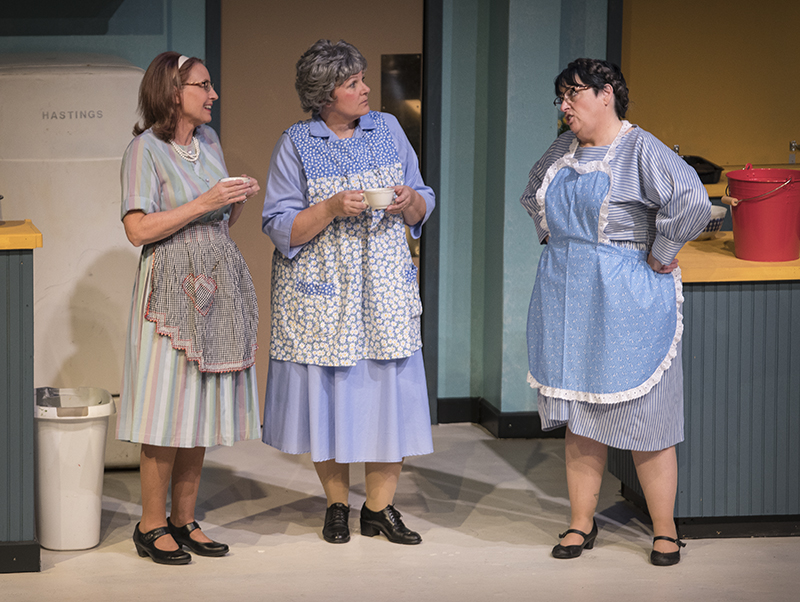 The Church Basement Ladies return from the stove to the spotlight for a stand-alone musical sequel opening Thursday at Marion Ross Performing Arts Center.

“A Second Helping” follows the ladies of a Lutheran church basement kitchen through ups and downs set in front of the backdrop of the Vietnam War in 1969. No plot points touch back to the previous show, ACT show director Rory Mattson said, and the play takes place a few years later.

“They are both really very well self-contained,” Mattson said.

However, the set will be familiar, as it was put away after the last production. It was, for the most part, resurrected, Mattson said.

Sue Wiersma, who plays Karin Engleson in “A Second Helping,” will reprise the role; she also played Karin in the 2013 production.

“I enjoyed it the first time,” Wiersma said.

She said it was fun to play someone who was so similar and yet so different to herself, and to see the characters evolve from the first play.

“The public will, I think, enjoy seeing them a couple of years down the road,” Mattson said.

People who grew up Lutheran and who grew up in the Midwest will also understand a lot of the show’s humor, said Elizabeth Harty. Harty did not perform in “Church Basement Ladies” but will play Mavis Gilmerson in “A Second Helping.”

Harty grew up Catholic, she said, so some of the jokes had to be explained by her co-stars. 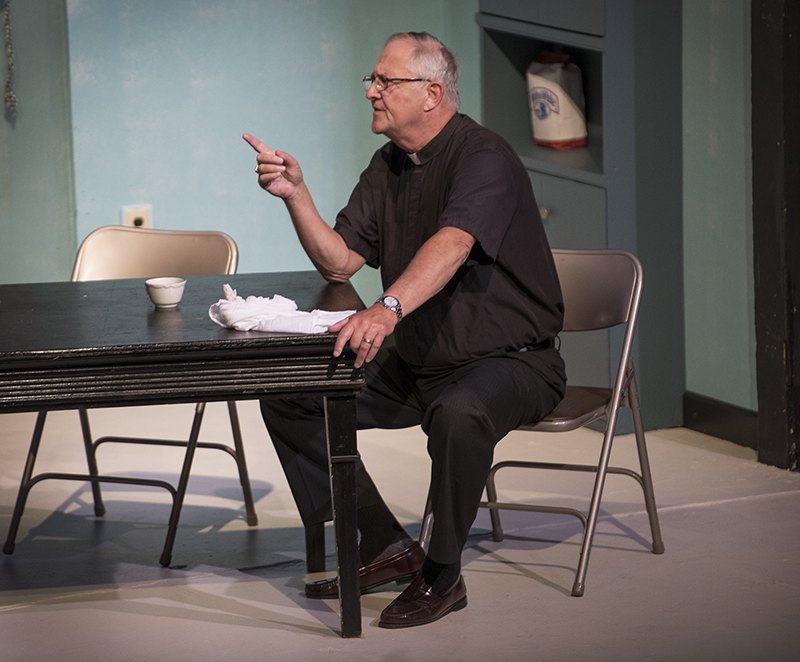 “A Second Helping” follows the ladies of a Lutheran church basement kitchen through ups and downs set in front of the backdrop of the Vietnam War in 1969. – Colleen Harrison/Albert Lea Tribune

But Mattson said he thinks some of the humor reaches beyond denomination.

“I really do like the show, and I think it very much describes most every church,” he said. “… I’m sure (church basement ladies are) in every church in Albert Lea.”

Much of the humor is woven into the songs, Harty said, and this is part of the fun of the show.

They also don’t spend much time sitting down.

“They make us dance a lot,” she said.

In the less than two-hour show, there are nine songs and not many quiet spots.

“It constantly is going on,” she said.

Learning the music has been the most challenging part, she said, as the musical numbers aren’t recognized. She said the cast used to joke about how they have to learn the words, songs and dances all while still breathing.

Mattson said the music is “the sound of the times” and reminiscent of late ’60s, early ’70s rock ’n’ roll and folk.

The show is light, and one Wiersma said she expects the audience can just sit back and enjoy.

“They can expect to be highly entertained and to have a few tears in their eyes, and to go away knowing that what they experience in their lives can bring them both joy and sadness and deep satisfaction,” she said.

What: “A Second Helping: The Church Basement Ladies Sequel”